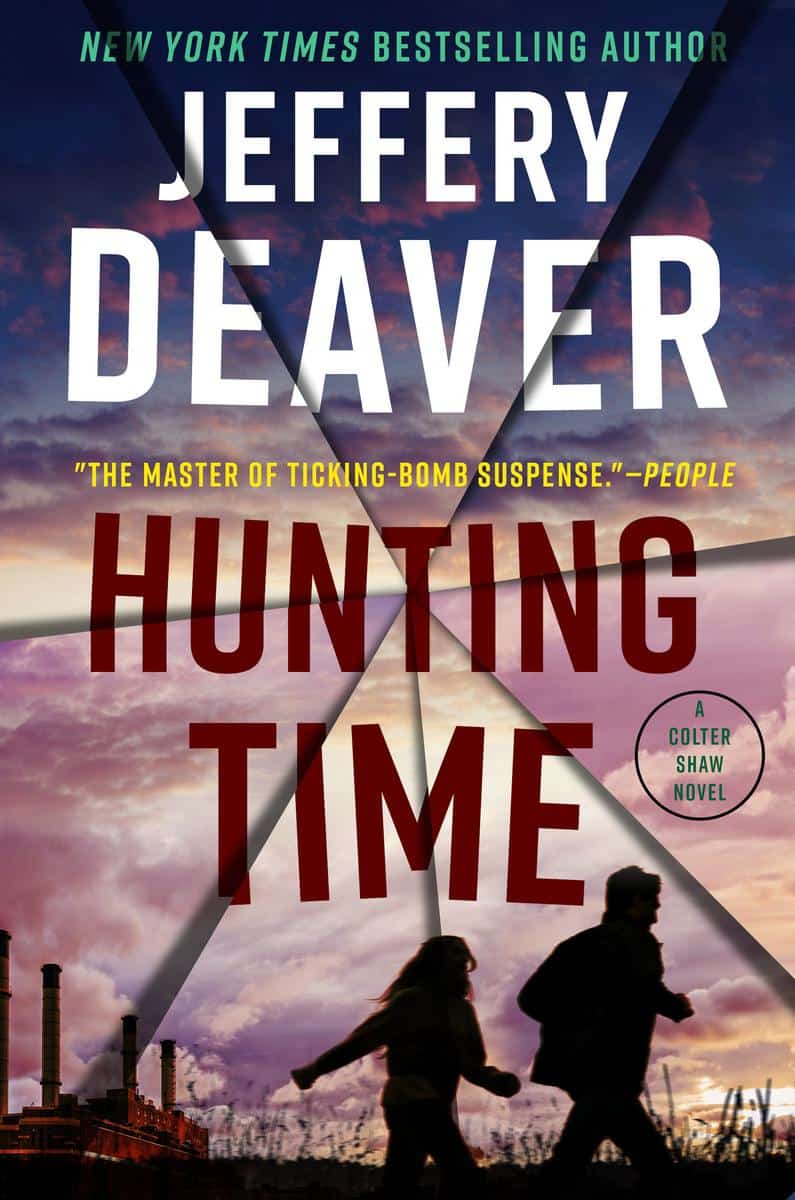 Barbara Peters, owner of The Poisoned Pen, recently welcomed Jeffery Deaver to the bookstore to talk about his fourth Colter Shaw novel, Hunting Time. You can listen to Deaver reading part of Hunting Time, and you can order a signed copy of the book through the Web Store. https://tinyurl.com/yckxsdr8

Here’s the description of Hunting Time.

The New York Times bestselling master of suspense is back with a riveting thriller, as reward seeker Colter Shaw plunges into the woods and races the clock in a case where nothing is quite what it seems.

THERE ARE TWO FUNDAMENTAL RULES OF SURVIVAL.
#1: NEVER BE WITHOUT A MEANS OF ESCAPE.
Allison Parker is on the run with her teenage daughter, Hannah, and Colter Shaw has been hired by her eccentric boss, entrepreneur Marty Harmon, to find and protect her. Though he’s an expert at tracking missing persons—even those who don’t wish to be found—Shaw has met his match in Allison, who brings all her skills as a brilliant engineer designing revolutionary technology to the game of evading detection.

#2: NEVER BE WITHOUT ACCESS TO A WEAPON.
The reason for Allison’s panicked flight is soon apparent. She’s being stalked by her ex-husband, Jon Merritt. Newly released from prison and fueled by blinding rage, Jon is a man whose former profession as a police detective makes him uniquely suited for the hunt. And he’s not alone. Two hitmen are also hot on her heels—an eerie pair of thugs who take delight not only in murder but in the sport of devising clever ways to make bodies disappear forever. Even if Shaw manages to catch up with Allison and her daughter, his troubles will just be beginning.

SHAW IS ABOUT TO DISCOVER RULE #3:
NEVER BELIEVE ANYTHING.
As Shaw ventures further into the wilderness, the truth becomes as hard to decipher as the forest’s unmarked trails…and peril awaits at every turn.

Jeffery Deaver is the #1 international bestselling author of more than forty novels, three collections of short stories, and a nonfiction law book. His books are sold in 150 countries and translated into 25 languages. His first novel featuring Lincoln Rhyme, The Bone Collector, was made into a major motion picture starring Denzel Washington and Angelina Jolie. He’s received or been shortlisted for a number of awards around the world, including Novel of the Year by the International Thriller Writers and the Steel Dagger from the Crime Writers’ Association in the United Kingdom. In 2014, he was the recipient of three lifetime achievement awards. A former journalist, folk singer, and attorney, he was born outside of Chicago and has a bachelor of journalism degree from the University of Missouri and a law degree from Fordham University.

Enjoy the event from The Poisoned Pen.