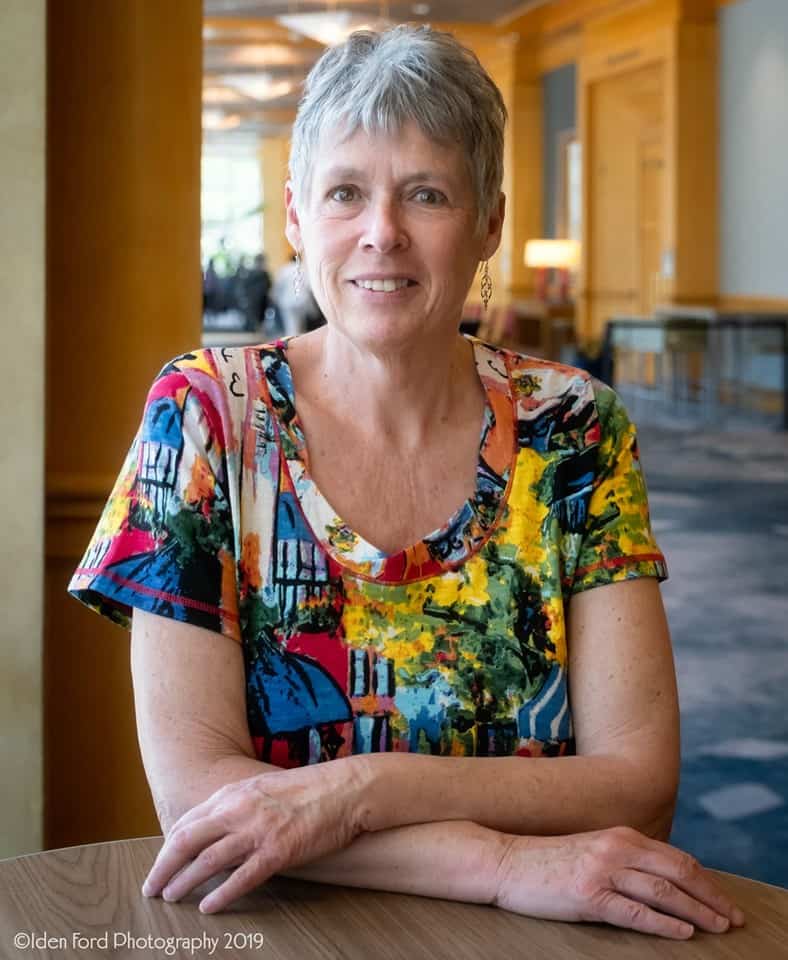 I love it when an author puts a different spin on my request for a blog post. Vicki calls her piece “Pandemic Busting Reads”. Let me introduce you to her before I turn her loose.

Vicki Delany is one of Canada’s most prolific and varied crime writers and a national bestseller in the U.S. She has written more than forty books: clever cozies to Gothic thrillers to gritty police procedurals, to historical fiction and novellas for adult literacy. She is currently writing four cozy mystery series: the Tea by the Sea mysteries for Kensington, the Sherlock Holmes Bookshop series for Crooked Lane Books, the Catskill Resort mysteries for Penguin Random House, and the Lighthouse Library series (as Eva Gates) for Crooked Lane. Hopefully, you’re a fan of one of these series, or are interested in sampling some of her books. You can find her books in the Web Store. https://bit.ly/3V4bbIf

Like most of you, I’ve been anxiously looking forward to getting back to travelling and having adventures out in the world now that the pandemic, in some ways, seems to be behind us.

I went to Italy for three weeks in November.  And it was marvellous. Everything was open, the streets were packed, the hotels and restaurants welcoming.

I’ve been to a lot of places in the world, but never to Italy. I know! So I opted to take a full-country tour for my first time rather than concentrate on one place. I enjoy reading about a country before I visit so over the months before my trip, I was stocking up on all things Italy.  Here are some of the reads I enjoyed.

These books are part of a series, set in modern day Venice, featuring British translator and Honorary British Consul, Nathan Sutherland.  The blurb on the cover says:  “An unputdownable thriller.” In my opinion, the books are nothing of the sort, but rather a light, humourous romp with a great, self-depreciating character in a fascinating place.  A touch of art and history and the amazing city itself provide an extra oomph to a fun plot.

This book is set in Florence from 1944 to the 1970s.  It’s not a mystery novel, and doesn’t really have much of a plot, but it’s about friendship and making family, and a touch on the whimsical side as a group of misfit English people decide on the spur of the moment to move all the way to Florence in the 1950s. A wonderful group of characters, plenty of art and art history, and a great feel for that magical city.

The Color Storm by Damian Dibben

“The Color Storm” apparently refers to the influx of color, and new ways of making color, bursting into art at the beginning of the Renaissance. The protagonist of this fictional story is a real artist, Giorgione “Zorzo” Barbarelli, and is set in Venice in 1510. A quick read of the painter’s bio told me he died in 1510, at the age of 33, of the plague. Dibben weaves a fascinating story of the artist’s hunt for the perfect colour, along the way becoming captivated by a rich man’s wife and getting himself involved an attempted murder scheme. A fabulous depiction of the life of a struggling, but extremely good, artist in the early Renaissance. Incidentally it’s believed that Giorgione would have been as well known today as the likes of Titian and Bellini had he lived longer. When in Italy, I made a point of seeking out his work, particularly Portrait of Warrior with his Equerry at the Uffizi in Florence. He’s generally known in the art world as Giorgione Da Castelfranco.

As we are talking about pandemics, I think it’s not a minor point that Giorgione died of the plague. The book was published this year, so the author is surely referencing COVID. Spoiler alert – our character catches the disease from a boatman when he returns to his city, from which everyone is feeling when a ship illegally breaks quarantine, to rescue his workshop workers. (The word Quarantine, for those who aren’t aware, comes from the forty days that foreign ships were required to anchor off Venice before sailors could come ashore, in an attempt to keep the disease out) Perhaps he should have worn a mask? And the outcome would have been very different if he’d had the opportunity to be vaccinated.

I never write when I travel (too busy adventuring!) but otherwise I’ve had a busy year with four (yes, four) new books coming out in 2023.  Please look for THE GAME IS A FOOTNOTE, the 8th Sherlock Holmes Bookshop book in January.