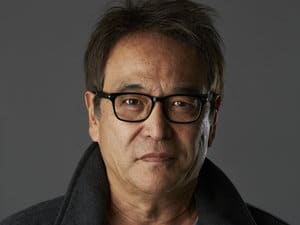 Joe Ide has become a favorite at The Poisoned Pen. He’s appeared at the bookstore several times for both of his previous “IQ” crime novels. He’ll be back on Monday, October 15 at 7 PM, joined by Wallace Stroby. Ide will be at the store to discuss his third book in the series, Wrecked. If you can’t make, you can order his earlier books and a signed copy of Wrecked through the Web Store. https://bit.ly/2NXfw1n 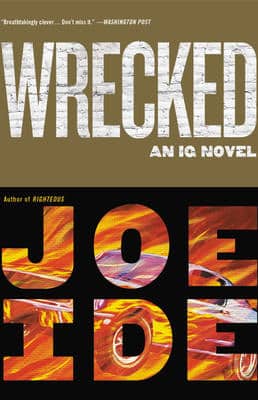 Before you read the summary of the book, you might be interested in Gal Beckerman’s profile of Joe Ide. It recently ran in The New York Times with the headline, “Raised in South Central, Joe Ide Expands the Territory of L.A. Noir.” https://nyti.ms/2NOtWky

Here’s the summary of Wrecked, which is due out October 9.

In this outrageous novel from Joe Ide, “the best thing to happen to mystery writing in a very long time” (New York Times), the case of a young artist’s missing mother sets IQ on a collision course with his own Moriarty.
Isaiah Quintabe–IQ for short–has never been more successful, or felt more alone. A series of high-profile wins in his hometown of East Long Beach have made him so notorious that he can hardly go to the corner store without being recognized. Dodson, once his sidekick, is now his full-fledged partner, hell-bent on giving IQ’s PI business some real legitimacy: a Facebook page, and IQ’s promise to stop accepting Christmas sweaters and carpet cleanings in exchange for PI services.
So when a young painter approaches IQ for help tracking down her missing mother, it’s not just the case Isaiah’s looking for, but the human connection. And when his new confidant turns out to be connected to a dangerous paramilitary operation, IQ falls victim to a threat even a genius can’t see coming.
Waiting for Isaiah around every corner is Seb, the Oxford-educated African gangster who was responsible for the death of his brother, Marcus. Only, this time, Isaiah’s not alone. Joined by a new love interest and his familiar band of accomplices, IQ is back–and the adventures are better than ever.