Sara Gran brings back her series detective, Claire DeWitt, in the current Hot Book of the Week at the Poisoned Pen, The Infinite Blacktop. Gran will be at the Pen on Monday, October 8 at 7 PM, joining Amy Stewart, author of Miss Kopp Just Won’t Quit. You can order Gran’s books, including signed copies of The Infinite Blacktop, through the Web Store. https://bit.ly/2y3C85x. You might want to order copies of Stewart’s books as well. https://bit.ly/2P34aWe 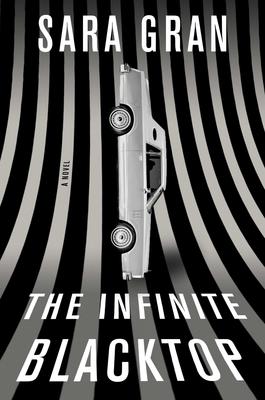 Here’s the description of The Infinite Blacktop.

The “delicious and addictive” (Salon) Claire DeWitt series returns with a thrilling, noirish knockout of a novel that follows three separate narratives starring the self-proclaimed “world’s greatest detective.” As Cara Hoffman, author of Running, says, this “is a hard-boiled, existential masterpiece.”

Claire DeWitt, the world’s best private detective, wakes up one dark night in an ambulance in Oakland: someone has just tried to murder her. But she’s not dead. Not yet.

More sure of herself than of the police, Claire follows the clues on a 52-hour odyssey through shimmering Las Vegas and the shabby surrounding desert to find out who wants her dead. But in order to save herself, Claire will have to revisit her own complicated past as she navigates the present: a past of childhood obsessions, rival detectives, lost friends, and mysteries mostly—but not always—solved.

Three intertwining stories illuminate three eras of Claire’s life: her early years as an ambitious girl detective in Brooklyn (before it was gentrified), which ended when her best friend and partner in crime-solving disappeared; a case of an unexplained death in the art world of late-1990s Los Angeles, when, devastated by the demise of her mentor in New Orleans, Claire was forced to start again; and her current quest to save her own life from a determined assassin.

As the connections between the stories come into focus, the truth becomes clear. But Claire, battered and bruised, will never quit her search for the answer to the biggest mystery of all: how can anyone survive in a world so clearly designed to break our hearts?

If you’re not familiar with Sara Gran’s series, check out Maureen Corrigan’s review in The Washington Post. https://wapo.st/2RhrMYQ