December 5 is release date for James Rollins’ latest thriller, The Demon Crown. However, he’ll be at The Poisoned Pen on Monday, Dec. 4 at 7 PM, so you can purchase and have him sign your books. And, if you pre-order a signed copy now through the Web Store, you’ll get a free, limited edition collector’s insert. https://bit.ly/2hYigJL 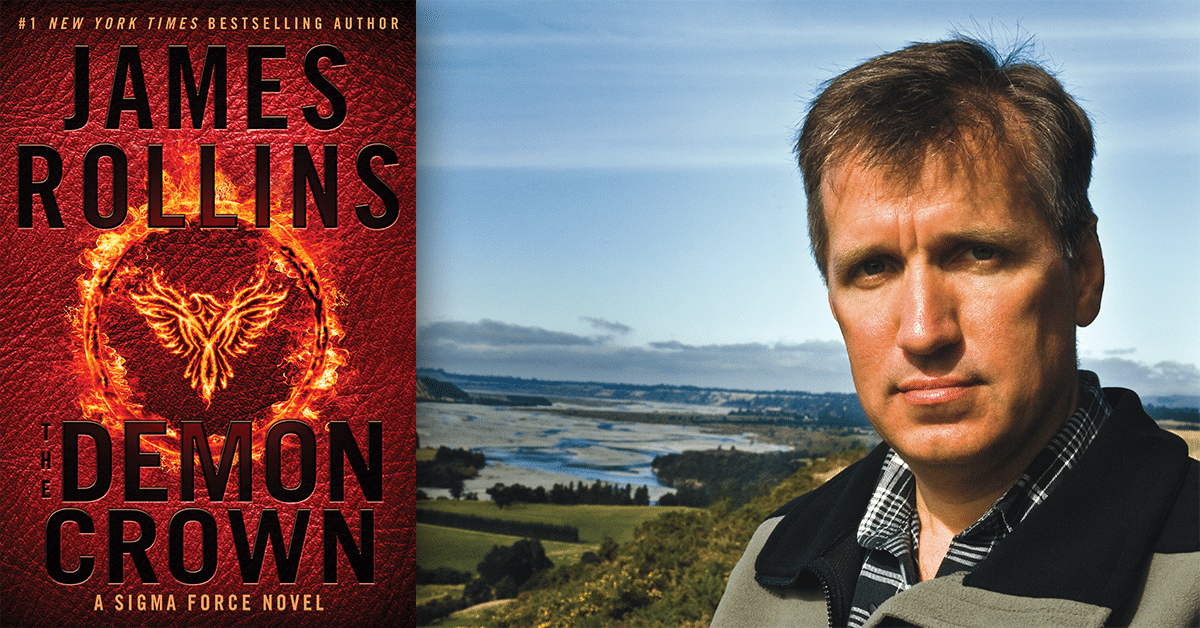 Curious? Now that I have your attention, here’s the summary of The Demon Crown.

“One of the best in the series.” ““Booklist (Starred Review)

To save mankind’s future, the members of Sigma Force must make a devil’s bargain as they join forces with their most hated enemy to stop an ancient threat in this gripping adventure from #1 New York Times bestselling author James Rollins.

Off the coast of Brazil, a team of scientists discovers a horror like no other, an island where all life has been eradicated, consumed, and possessed by a species beyond imagination. Before they can report their discovery, a mysterious agency attacks the group, killing them all, save one: an entomologist, an expert on venomous creatures, Professor Ken Matsui from Cornell University.

Strangest of all, this inexplicable threat traces back to a terrifying secret buried a century ago beneath the National Mall: a cache of bones preserved in amber. The artifact was hidden away by a cabal of scientists—led by Alexander Graham Bell—to protect humankind. But they dared not destroy it, for the object also holds an astonishing promise for the future: the very secret of life after death.

Yet nothing stays buried forever. An ancient horror— dormant in the marrow of those preserved bones—is free once more, nursed and developed into a weapon of incalculable strength and malignancy, ready to wreak havoc on an unsuspecting world.

To stop its spread, Commander Grayson Pierce of Sigma Force must survive a direct attack on the island of Maui. To be there first has always been the core mission of Sigma Force, a covert team forged to be America’s front line against emerging threats. But this time, even Sigma may not be able to decipher the deadly mystery, one that traces back to the founding of the Smithsonian Institution.

With each new discovery, the menace they hunt is changing, growing, spreading—adapting and surviving every attempt to stop it from reconquering a world it once ruled. And each transformation makes it stronger . . . and smarter.

Running out of time and options, Commander Grayson Pierce will be forced to make an impossible choice. To eradicate this extinction-level threat and expose those involved, he will have to join forces with Sigma’s greatest enemy—the newly resurrected Guild—even it if means sacrificing one of his own.

Of course you want to see the book trailer, don’t you?