Now, here’s the party you really wanted to be at, right? It was The Poisoned Pen’s signing party for Outlander Kitchen by Theresa Carle-Sanders. Diana Gabaldon, author of the Outlander books, and Carle-Sanders both signed it. 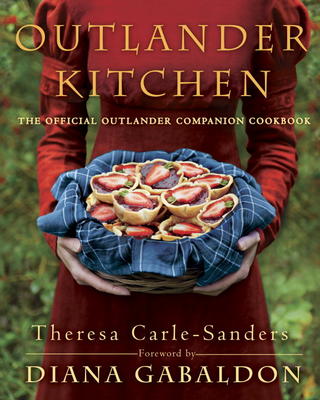 Here’s the book teaser before the photos.

“Take a bite out of Diana Gabaldon’s New York Times bestselling Outlander novels, the inspiration for the hit Starz series, with this immersive official cookbook from OutlanderKitchen.com founder Theresa Carle-Sanders!

Claire Beauchamp Randall’s incredible journey from postwar Britain to eighteenth-century Scotland and France is a feast for all five senses, and taste is no exception. From Claire’s first lonely bowl of porridge at Castle Leoch to the decadent roast beef served after her hasty wedding to Highland warrior Jamie Fraser, from gypsy stew and jam tarts to fried chicken and buttermilk drop biscuits, there are enough mouth-watering meals along the way to whet the appetite of even the most demanding palate.

Now professional chef and founder of OutlanderKitchen.com Theresa Carle-Sanders offers up this extraordinary cuisine for your table. Featuring more than one hundred recipes, Outlander Kitchen retells Claire and Jamie’s incredible story through the flavors of the Scottish Highlands, the French Revolution, and beyond. Following the high standards for prodigious research and boundless creativity set by Diana Gabaldon herself, Carle-Sanders draws on the events and characters of the novels to deliver delicious and inventive dishes that highlight local ingredients and traditional cooking techniques. Yet amateur chefs need not fear: These doable, delectable recipes have been updated for today’s modern kitchens.”

Can’t you see yourself sitting in this audience? 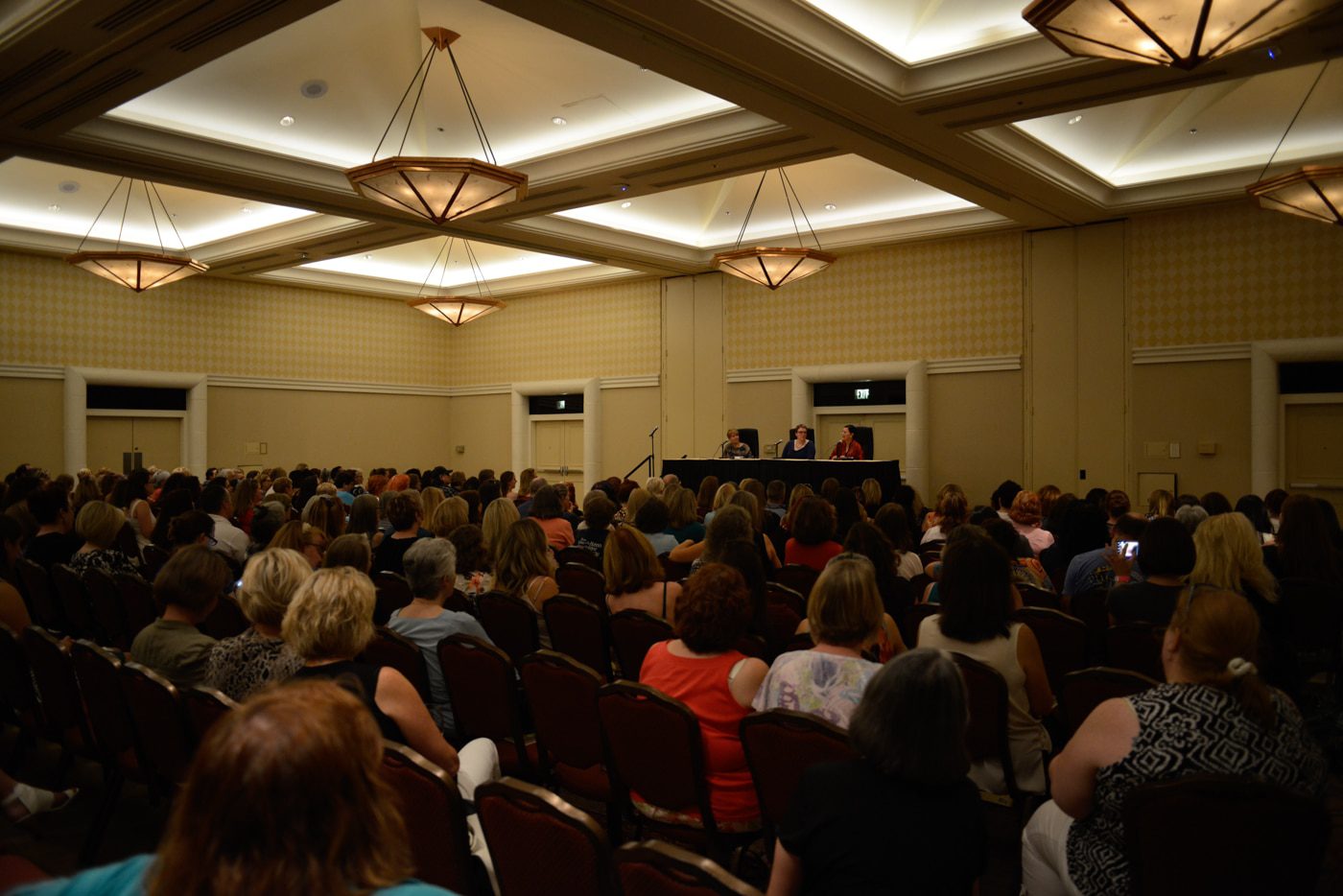 Better yet, can’t you see yourself waiting for Diana Gabaldon to come in, followed by Theresa Carle-Sanders, only to find out that they’re being piped in? 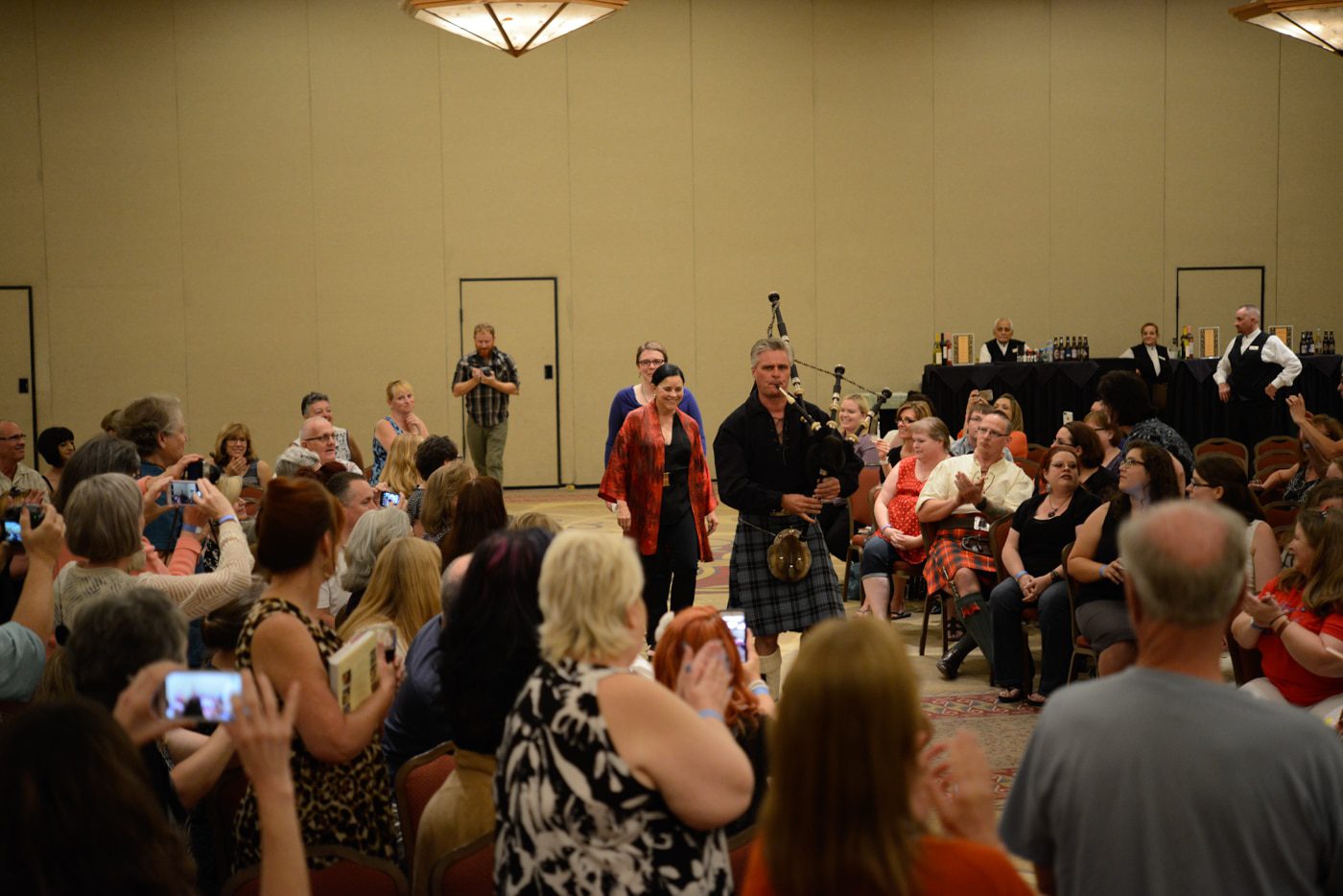 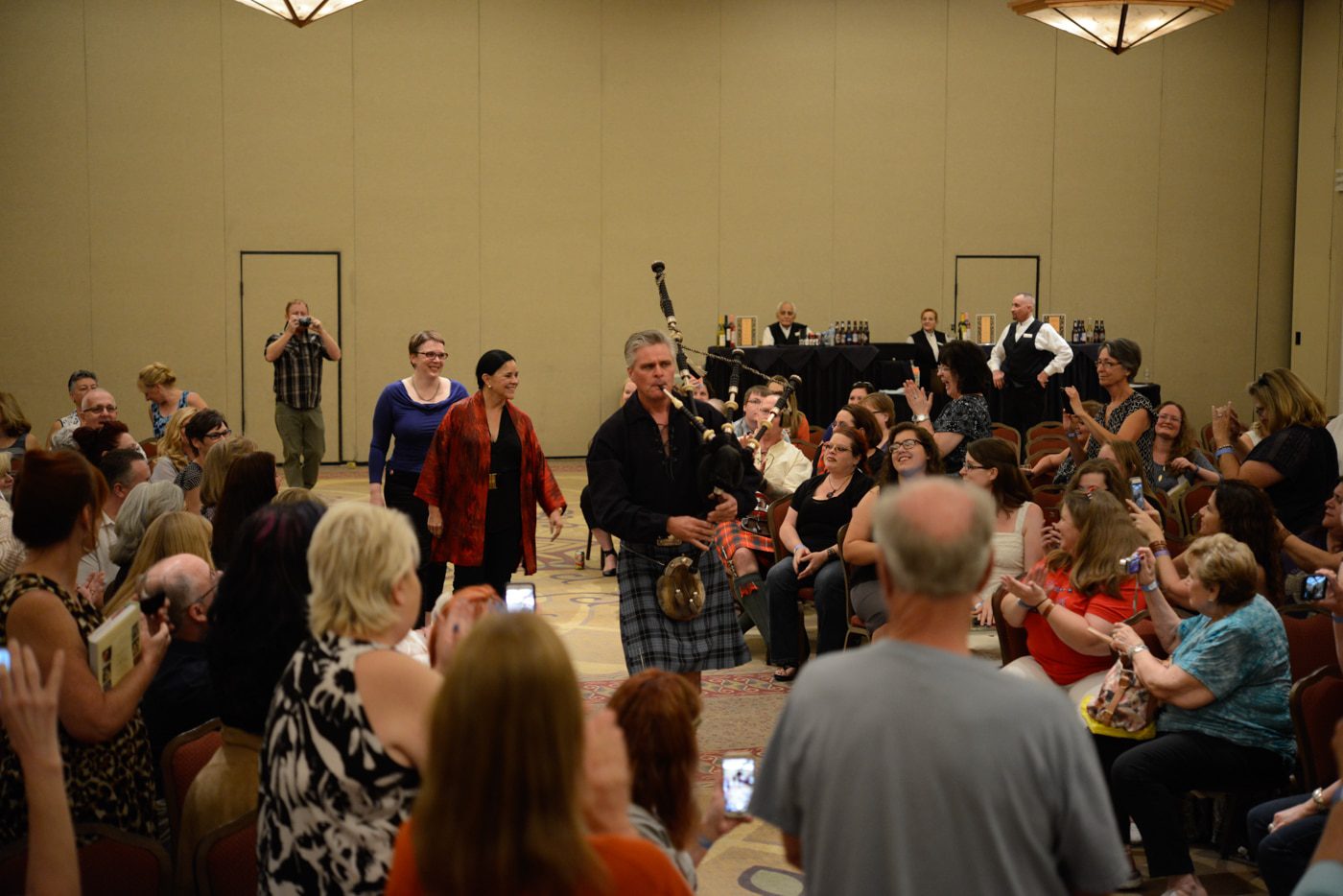 People even came to Arizona from Southern California for the signing. 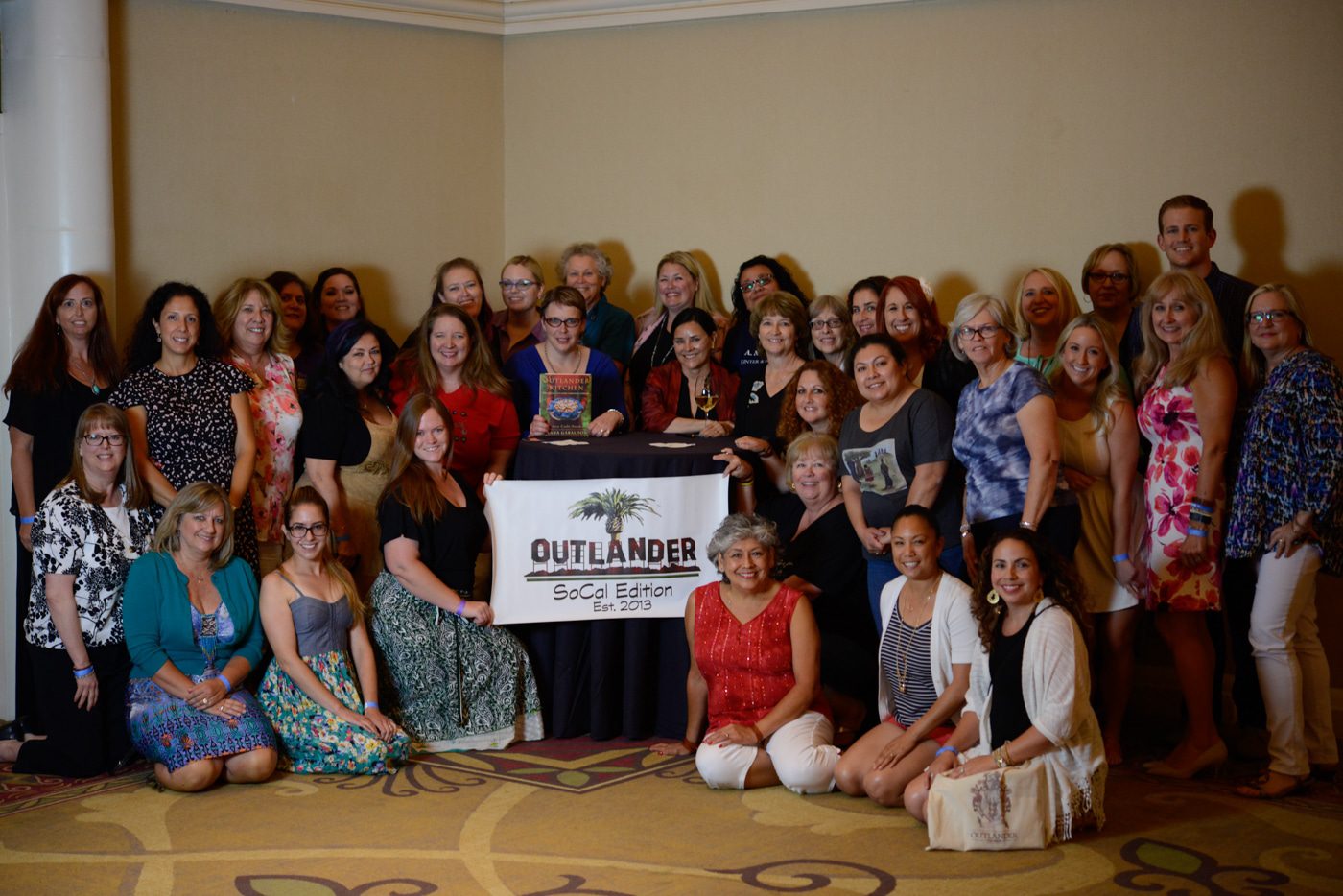 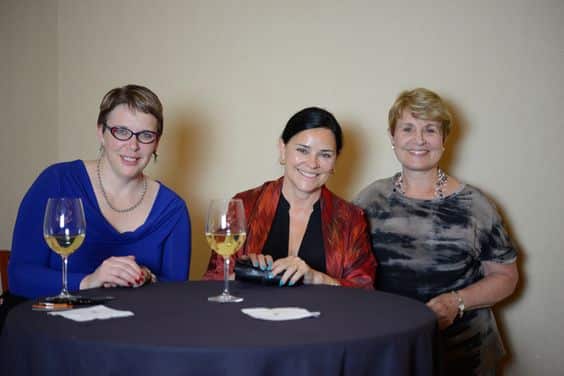 Have I enticed you? Does a menu entice you? “Here are just a few of the dishes that will keep the world of Outlander on your mind morning, noon, and nicht:

With full-color photographs and plenty of extras—including cocktails, condiments, and preserves—Outlander Kitchen is an entertainment experience to savor, a wide-ranging culinary crash course, and a time machine all rolled into one. Forgetbon appÃ©tit. As the Scots say, ith do leÃ²r!”

Now, if you would like to order a signed copy, you can get them online only through our Web Store. https://bit.ly/29VYAC2