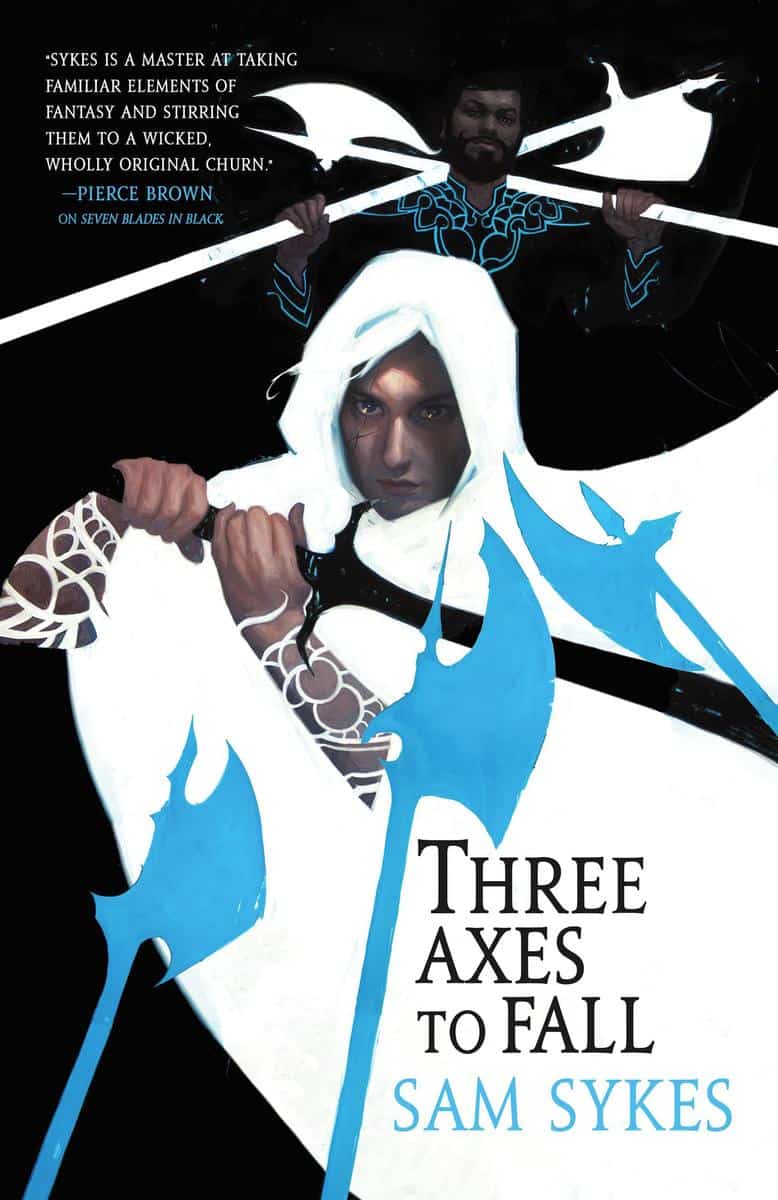 Three Axes to Fall is the third book in Sam Sykes’ The Grave of Empires series. Sykes recently talked about the series, characters, and Three Axes to Fall with The Poisoned Pen’s Pat King.You can order copies of the book through the Web Store. https://tinyurl.com/y3aun4ee

Here’s the description of Three Axes to Fall.

A deal struck in a dark place set an outlaw mage on the path to revenge. And now that it’s led to places even darker, she and everyone she knows may pay the price for her bargain in the final novel of “an unforgettable epic fantasy” trilogy (Publisher’s Weekly).

Sal the Cacophony has made few friends, but many enemies. Many, many enemies. When her magic was taken from her, she cried out for revenge. And a power she never understood promised her vengeance. A deal for a bloody price was made.

And now the bill has come due.

In one of the last free cities of the burned-out ruin of the Scar, Sal’s many foes—old and new—have hunted down her and her few allies—willing and otherwise — and all her plans to save them might not be enough.

One last stand. One more story. One final blade to be drawn.

For more from Sam Sykes, check out:

The Grave of Empires:

The Affinity for Steel Trilogy:

Sam Sykes — author, citizen, mammal — has written extensively over the years, penning An Affinity for Steel, the Bring Down Heaven trilogy, Brave Chef Brianna, and now The Grave of Empires trilogy. At the time of this writing, no one has been able to definitively prove or disprove that he has fought a bear.

Enjoy the conversation about characters and the series.