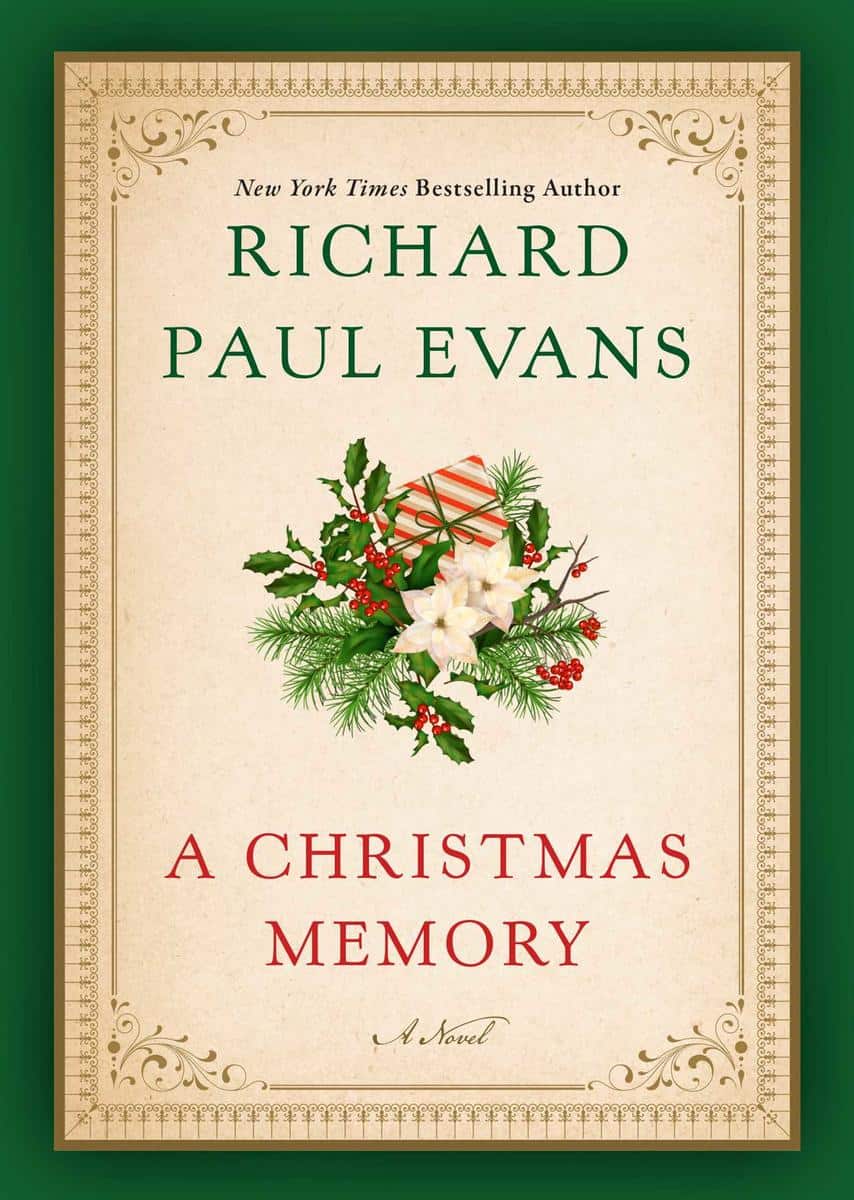 How much of Richard Paul Evans’ novel A Christmas Memory is autobiographical? We won’t know, but Evans talks about the past with Barbara Peters, owner of The Poisoned Pen. Signed copies of A Christmas Memory might make excellent gifts for the holiday. https://bit.ly/3utOgKR And, when you hear Evans talk about the cost of the book itself, you might be even more interested in buying copies.

Here’s the description of A Christmas Memory.

From the #1 New York Times bestselling author of The Christmas Box and the Noel Collection comes A Christmas Memory, a poignant, deeply felt novel about loss, grief, the healing power of forgiveness, and the true meaning of the holiday season.

It’s 1967, and for young Richard it’s a time of heartbreak and turmoil. Over the span of a few months, his brother, Mark, is killed in Vietnam; his father loses his job and moves the family from California to his grandmother’s abandoned home in Utah; and his parents make the painful decision to separate.

With uncertainty rattling every corner of his life, Richard does his best to remain strong—but when he’s run down by bullies at his new school, he meets Mr. Foster, an elderly neighbor who chases off the bullies and invites Richard in for a cup of cocoa. Richard becomes fast friends with the wise, solitary man who inspires Richard’s love for books and whose dog, Gollum, becomes his closest companion.

As the holidays approach, the joy and light of Christmas seem unlikely to permeate the Evans home as things take a grim turn for the worse. And just when it seems like he has nothing left to lose, Richard is confronted by a startling revelation. But with Mr. Foster’s wisdom and kindness, he learns for the first time what truly matters about the spirit of the season: that forgiveness can heal even the deepest wounds, and love endures long after the pain of loss subsides.

In A Christmas Memory, Richard Paul Evans (#1 New York Times bestselling author and the “King of Christmas fiction”) delves deep into his childhood memories to take readers back to an age when his world felt like it was falling apart, reminding us that even in the darkest of times, the light of hope can still shine.

Richard Paul Evans is the #1 New York Times and USA TODAY bestselling author of more than forty novels. There are currently more than thirty-five million copies of his books in print worldwide, translated into more than twenty-four languages. Richard is the recipient of numerous awards, including two first place Storytelling World Awards, the Romantic Times Best Women’s Novel of the Year Award, and is a five-time recipient of the Religion Communicators Council’s Wilbur Awards. Seven of Richard’s books have been produced as television movies. His first feature film, The Noel Diary, starring Justin Hartley (This Is Us) and acclaimed film director, Charles Shyer (Private Benjamin, Father of the Bride), will debut in 2022. In 2011 Richard began writing Michael Vey, a #1 New York Times bestselling young adult series which has won more than a dozen awards. Richard is the founder of The Christmas Box International, an organization devoted to maintaining emergency children’s shelters and providing services and resources for abused, neglected, or homeless children and young adults. To date, more than 125,000 youths have been helped by the charity. For his humanitarian work, Richard has received the Washington Times Humanitarian of the Century Award and the Volunteers of America National Empathy Award. Richard lives in Salt Lake City, Utah, with his wife, Keri, and their five children and two grandchildren. You can learn more about Richard on his website RichardPaulEvans.com.

Richard Paul Evans provides the background for A Christmas Memory in his conversation with Barbara Peters.