Dennis Palumbo, author of the Daniel Rinaldi thrillers, is a writer. But, he is also a licensed psychotherapist whose clients are in the creative fields. Because authors have been writing “Distraction” pieces here for two months, and Dennis will have an upcoming one, he thought readers might be interested in this piece. He gave permission to use the piece, “When Your Only Weapon is Inaction”. It’s an interview that appeared in “Connect” for Writers Guild of America West.

When Your Only Weapon Is Inaction 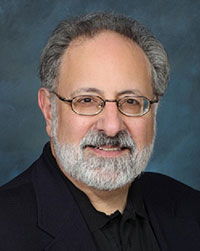 With the COVID-19 pandemic in its third month in the US, Connect spoke to psychotherapist Dennis Palumbo about recurring themes in his therapy practice with writers who are under extended stay-at-home orders and grappling with an entertainment industry on indefinite pause.

For three decades, Palumbo has been a licensed psychotherapist for working writers and others in creative fields. To the therapy setting Palumbo brings his own experience as a sitcom writer, screenwriter, and, more recently, crime novelist (2018’s Head Wounds is the fifth installment in his Daniel Rinaldi series). Palumbo’s non-fiction book Writing from the Inside Out (2000) was an adaptation and expansion of his regular columns for Written By.

You’re both a therapist for other writers and a writer yourself. So how is your writing going?

Dennis Palumbo: I’m a little more desultory because, like anyone else, I feel some of the stress of the uncertainty of this. Plus, you know, dealing with deliveries and putting on my mask and gloves when I go to get the mail. It’s certainly having an effect on my patients. My own writing is going ok. I have patients who are writing up a storm and I have patients who can’t focus for more than ten minutes. Because they’re thinking about the pandemic, and especially if they have young children they’re doing home schooling or trying to keep them entertained. Plus, there’s the omnipresent media. I have patients who just cannot stop watching CNN. As this thing has gone on and on, one of the first things I’m recommending to people is to very much curtail their watching of the news.

It’s a slippery slope between staying informed and getting lost in it all.“One of the problems that is endemic to this situation is, we have an enemy, this virus, and the weapon we use against the enemy is inaction, just sitting in your house. I think that’s very hard on the psyche.”

Palumbo: Check it in the morning and then check it in the evening to make sure there hasn’t been an alien invasion or something. Other than that, I think one of the problems that is endemic to this situation is, we have an enemy, this virus, and the weapon we use against the enemy is inaction, just sitting in your house. I think that’s very hard on the psyche. We have a fight-or-flight mechanism. When someone throws a rock at you, you pick up a rock and throw it back, or else you run away. And we can’t run away, we have to stay in the house, and we can’t fight it. So I think our cortisol levels are always being elevated because we’re in a state where there’s no tool we can use against the virus, other than staying put. I think the body doesn’t like that. The psyche certainly doesn’t like it. So no matter how busy you are, either with your children or with your writing, this sense of impotence contributes to depression and anxiety. And then you add to that, there’s no end date. Most people don’t like uncertainty. One of the real problems with the quarantine is the uncertainty.

So much of anxiety is typically about what you invent in your mind, but COVID-19 is a very real external crisis. How does this affect the tenor and substance of your practice?

Palumbo: It’s sort of like a background hum that’s always there even if you’re not talking about it. The way most therapy sessions go, the first ten minutes the person talks about how they’re dealing with the pandemic, they had a good week, a bad week. But even if we then go into other issues after that, this is always there. People say, “Oh, well, if your patients are writers they’re all used to being alone in a house.” Well, 60% of them write for television, so they’re used to going to rooms, number one. And number two, they still want to be able to go out and have coffee or lunch with a friend. So it’s a palpable thing that invades everyone’s consciousness all the time.

And writers are like antenna. The raw materials of a writer’s life is their feelings and their ideas, and the meanings they give to their feelings and ideas. If it’s permeated by something from the outside, then you’re really going to be sensitive to it. The uncertainty around when the quarantine will end, as well as what life will look like in the future, exacerbates a person’s inclination toward either depression or anxiety. One of the hallmarks of depression is the belief that nothing you do will make you feel any better, and how you’re feeling now is how you’re always going to feel. Because there’s no end in sight, it reinforces those two aspects of depression.

So it’s ok to spend the entire session talking about the pandemic?

Palumbo: That 50 minutes belongs to you. A lot of people worry that their careers are going to get sputtered out and maybe not come back again. It’s the same fears that writers always have in a strike, particularly people who had something that was going. Look at the people whose pilots didn’t get made. You go from the elation of getting a pilot script greenlit to production, to a pandemic hits and no one’s making a pilot.

You mentioned that some of your patients are writing up a storm, and some aren’t. What about the added stress and guilt of, “Oh, I should be writing more right now.”

Palumbo: For many, many years in my practice, almost to a person, every writer says, “Boy if I had the time, I would write my personal novel, or that spec screenplay about Elizabeth the First.” Now they have the time, and nobody’s writing it. It just runs the gamut. There are people, like I said, who are writing up a storm. Some of them have to because they’re working in animation, and animation is rolling right along. But for other people, they’re having a hard time focusing.

I’m a therapist, not a writing coach. Whenever someone has an issue with their writing, whether it’s blocks or procrastination or a story point, to me it’s inexorably bound up in whatever their personal issues are. It’s much more important to look at the underlying issues, the meaning you give it.

What about practical advice in terms of creative work right now?

Palumbo: I do think you should have a structure. You should create a fake structure. The other thing is, and it’s really hard, but to stay in the present. Just do what you need to do on a Wednesday. I think if you start saying, “But I wonder, are we going to be able to leave our homes in September, I wonder if my kid’s school is going to open in September, I wonder when production’s going to start, what if it doesn’t start till January?” All that catastrophizing the future does is create anxiety. And I often suggest to my patients that, your feelings don’t predict the future. You can feel like, oh my god this is never going to end, but that doesn’t mean it’s never going to end. You can feel like, oh this is going to just put a nail in the coffin of my career. That’s a feeling. It predicts nothing. And in my 30 years of practice, I’ve had so many people sit on that couch and tell me, “Well, my career is over.” And two years later they have a show on the air.

None of our feelings predict anything. They’re just data on what it feels like to be us in that moment.

Dennis Palumbo’s books are available through the Web Store. https://bit.ly/2C4TMvz