Craig Johnson, author of the Longmire books, recently appeared at The Poisoned Pen, on book tour for Land of Wolves. If you missed the event, you missed a true storyteller in the oral tradition. He’s been at the bookstore with every one of his books. Barbara Peters, owner of The Pen, has been a supporter since the beginning. You can order copies of Johnson’s books, including signed copies of Land of Wolves, through the Web Store. http://bit.ly/2Qmogf5

Here’s the summary of the latest Longmire story, Land of Wolves.

“It’s the scenery—and the big guy standing in front of the scenery—that keeps us coming back to Craig Johnson’s lean and leathery mysteries.”
—The New York Times Book Review

Recovering from his harrowing experiences in Mexico, Sheriff Walt Longmire returns to Absaroka County, Wyoming, to lick his wounds and try once again to maintain justice in a place with grudges that go back generations. When a shepherd is found dead, Longmire suspects it could be suicide. But the shepherd’s connection to the Extepares, a powerful family of Basque ranchers with a history of violence, leads the sheriff into an intricate investigation of a possible murder.

As Walt searches for information about the shepherd, he comes across strange carvings on trees, as well as play money coupons from inside Mallo Cup candies, which he interprets as messages from his spiritual guide, Virgil White Buffalo. Longmire doesn’t know how these little blue cards are appearing, but Virgil usually reaches out if a child is in danger. So when a young boy with ties to the Extepare clan arrives in town, the stakes grow even higher.

Even more complicating, a renegade wolf has been haunting the Bighorn Mountains, and the townspeople are out for blood. With both a wolf and a killer on the loose, Longmire follows a twisting trail of evidence, leading to dark and shocking conclusions.

Even better, you can watch Barbara Peters and Craig Johnson in conversation. Enjoy the stories! 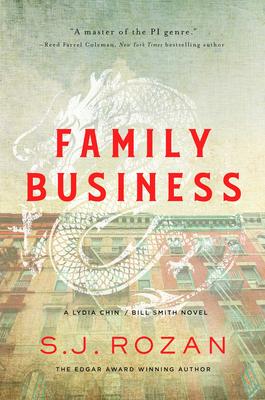