It all comes together this week for Peter Blauner’s Sunrise Highway. It’s the Hot Book of the Week at the Poisoned Pen. Marilyn Stasio reviewed his book in her Crime column in The New York Times, calling it “a nifty police procedural”,   https://nyti.ms/2ofGdzh. And, Blauner will appear at the Poisoned Pen on Wednesday, Sept. 5 at 7 PM. If you can’t make it to hear him, you can still order a signed copy of Sunrise Highway through the Web Store. https://bit.ly/2MHdAcR 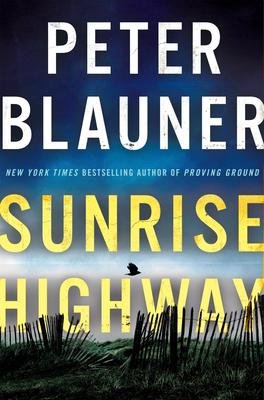 Here’s the description of Sunrise Highway.

From Peter Blauner, the writer Dennis Lehane calls “one of the most consistently bracing and interesting voices in American crime literature,” comes a new thriller about a lone young cop on the trail of a powerful killer determined not just to stop her, but to make her pay.

In the summer of Star Wars and Son of Sam, a Long Island schoolgirl is found gruesomely murdered. A local prosecutor turns a troubled teenager known as JT from a suspect to a star witness in the case, putting away a high school football star who claimed to be innocent. Forty years later, JT has risen to chief of police, but there’s a trail of a dozen dead women that reaches from Brooklyn across Long Island, along the Sunrise Highway, and it’s possible that his actions actually enabled a killer.

That’s when Lourdes Robles, a relentless young Latina detective for the NYPD, steps in to track the serial killer. She discovers a deep and sinister web of connections between the victims and some of the most powerful political figures in the region, including JT himself. Now Lourdes not only has to catch a killer, but maybe dismantle an entire system that’s protected him, possibly at the cost of her own life.