The current Hot Book of the Week at The Poisoned Pen is T. Greenwood’s Rust & Stardust. It’s based on the true crime story that inspired Nabokov’s Lolita. You can order a signed copy of Rust & Stardust through the Web Store. https://bit.ly/2MpIRkd 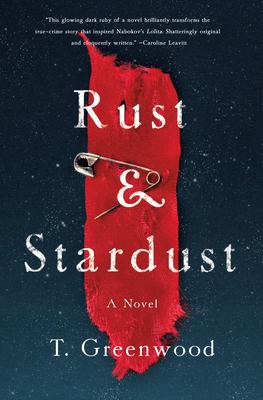 Here’s the summary of Rust & Stardust.

Camden, NJ, 1948. When 11 year-old Sally Horner steals a notebook from the local Woolworth’s, she has no way of knowing that 52 year-old Frank LaSalle, fresh out of prison, is watching her, preparing to make his move. Accosting her outside the store, Frank convinces Sally that he’s an FBI agent who can have her arrested in a minute—unless she does as he says.

This chilling novel traces the next two harrowing years as Frank mentally and physically assaults Sally while the two of them travel westward from Camden to San Jose, forever altering not only her life, but the lives of her family, friends, and those she meets along the way.

Based on the experiences of real-life kidnapping victim Sally Horner and her captor, whose story shocked the nation and inspired Vladimir Nabokov to write his controversial and iconic Lolita, this heart-pounding story by award-winning author T. Greenwood at last gives a voice to Sally herself.