Something a little different this week. Zachary Mason’s Metamorphica is the Hot Book of the Week at the Poisoned Pen. You can order a signed copy through the Web Store. https://bit.ly/2lXml2N 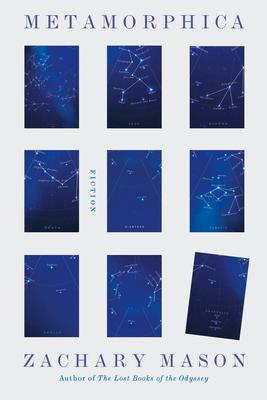 Here’s the summary of Metamorphica.

A brilliant and daring novel that reimagines Ovid’s Metamorphoses

In the tradition of his bestselling debut novel The Lost Books of the Odyssey, Zachary Mason’s Metamorphica transforms Ovid’s epic poem of endless transformation. It reimagines the stories of Narcissus, Pygmalion and Galatea, Midas and Atalanta, and strings them together like the stars in constellations—even Ovid becomes a story. It’s as though the ancient mythologies had been rewritten by Borges or Calvino; Metamorphica is an archipelago in which to linger for a while; it reflects a little light from the morning of the world.