Did you get one of the copies of The Pharaoh Key that Douglas Preston signed? 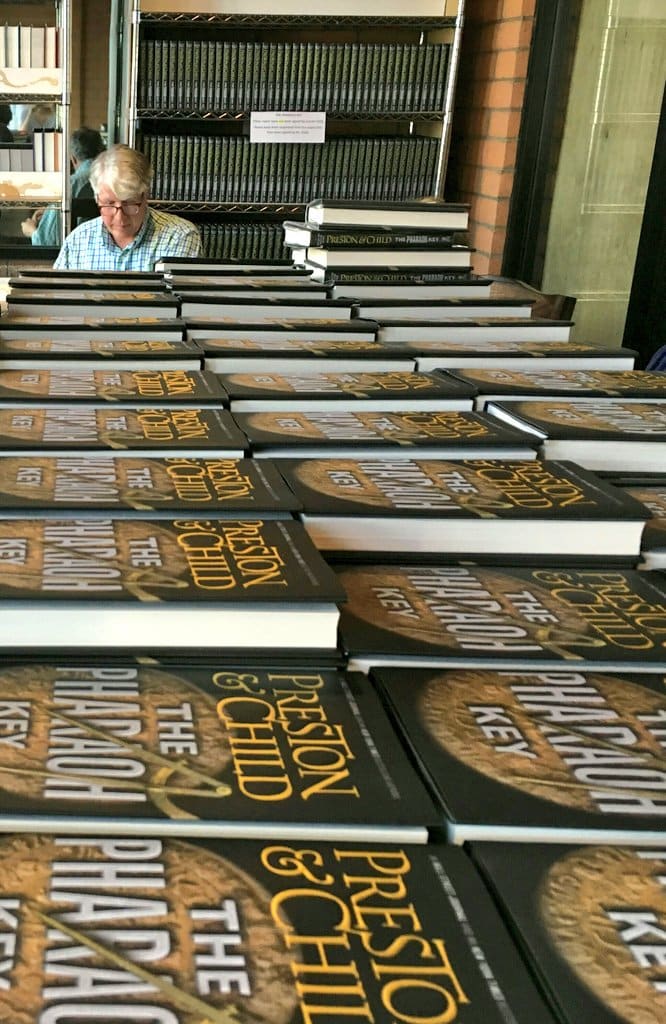 Copies are still available through the Web Store. https://bit.ly/2HQxlHs

Here’s the description of The Pharaoh Key.

Don’t miss the this exciting adventure from #1 New York Times-bestselling authors Preston & Child, in which the secrets of a mysterious ancient tablet may point the way to untold treasure-or unspeakable danger.
“I just want to be crystal clear about this: if it has value, we’re gonna steal it. Are you with me?”
Effective Engineering Solutions has been inexplicably shut down and the head of the company, Eli Glinn, has all but vanished. Fresh off a diagnosis that gives him only months to live, Gideon Crew is contacted by one of his coworkers at EES, Manuel Garza, who tells him the two have mere hours to collect their belongings before the office closes forever. After years of dedicated service and several high-risk missions, theirs seems like the most ignoble of terminations-until Gideon and Garza happen upon an incredible discovery.
After centuries of silence, a code-breaking machine at EES has cracked the long-awaited translation of a centuries-old stone tablet, the Phaistos Disc, that dates back to an otherwise completely unknown, ancient civilization. The mysteries of the message itself hint at incredible treasures, and perhaps even a world-altering secret. No one remains at EES to take on this most remarkable mission but Gideon and Garza. The two agree to solve the mystery of the disc’s message and split the spoils: the perfect parting gift their employer doesn’t know he has given.
What lies at the end of the trail may save Gideon’s life-or bring it to a sudden, shocking close. As Gideon and Garza soon discover, some missions are more dangerous than others. But as Gideon has proved again and again, there’s no such thing as too great a risk when you’re living on borrowed time.
*****
You might not have made it to the event, but you can still watch Preston and Child via Facebook.
https://www.facebook.com/plugins/video.php?href=https%3A%2F%2Fwww.facebook.com%2F238297496213972%2Fvideos%2F1828572190519820%2F&show_text=0&width=560