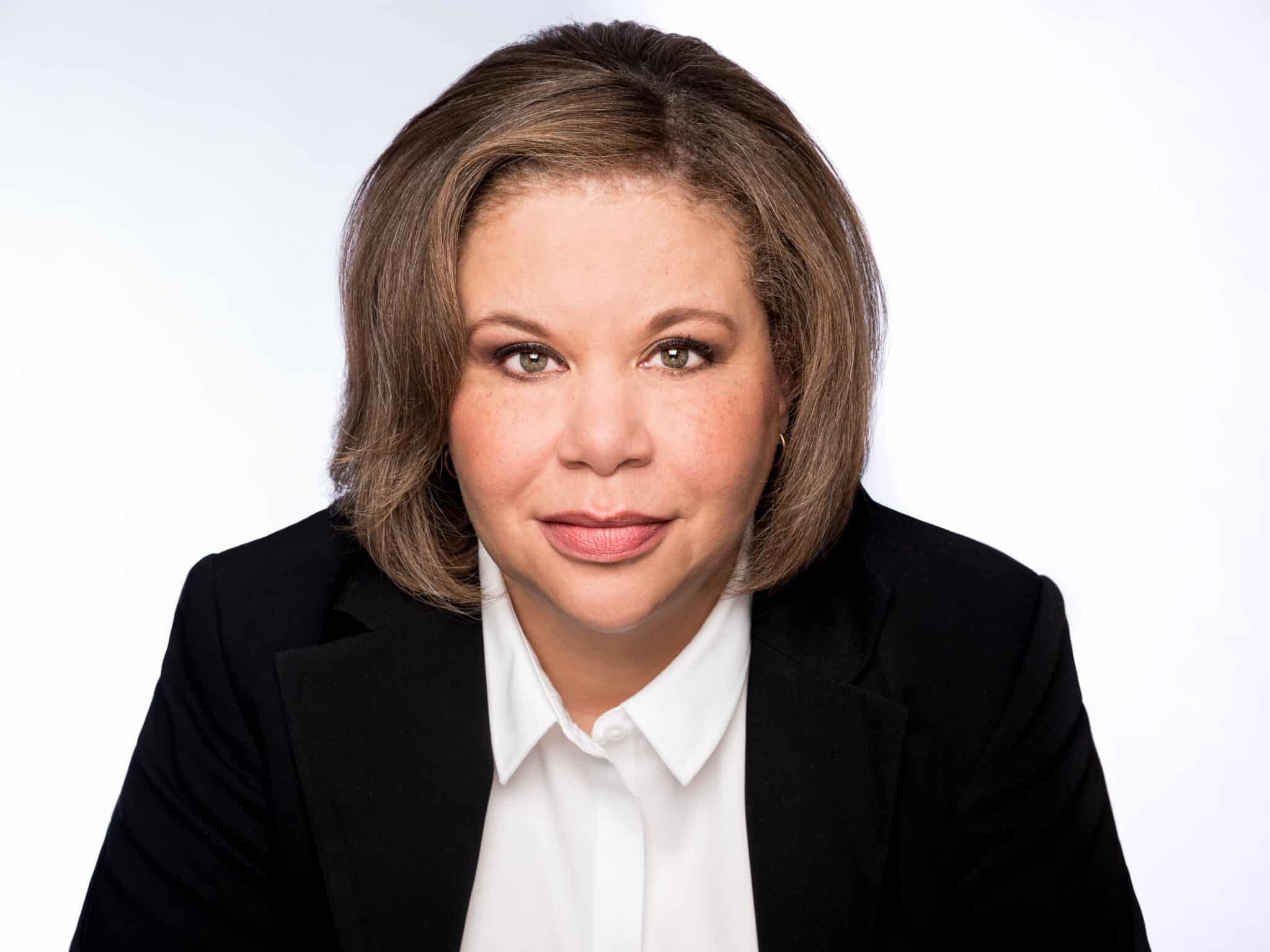 Tracy Clark’s debut mystery, Broken Places: A Chicago Mystery, was just released. You can order a copy of it through the Web Store. https://bit.ly/2xk9YGl

I was lucky enough to have the chance to ask Tracy a few questions, to put her in the Hot Seat. I’m glad she took the time. I hope you take the time to read the interview.

Tracy, would you introduce yourself to the readers?

Hi, readers! I’m Tracy Clark, mystery writer, native Chicagoan, currently sweating the release of “BROKEN PLACES, a Chicago mystery,” my debut novel, the first in a series featuring Cass Raines, former CPD detective turned PI. When not working or writing, or thinking about writing or trying to convince myself I really should be writing, I’m out and about. I love Broadway musicals, old Hepburn and Tracy films, game nights with friends, binge-watching Netflix, and a well-brewed cup of tea … and ginger snaps. I love ginger snaps. Jeez, I sound like I’m a 100 years old. I’m not. Pinky swear.

Tell us about Cass Raines.

Cassandra Raines is African-American, 34, lanky, no-nonsense, and absolutely dogged in her determination to fight for truth and justice. She’s happily single, rabidly independent, and a bit of a wiseass. That’s what I like most about her. At twelve, she lost her mother to cancer and her father handed her off to her grandparents. She learned early to rely on her own strengths, follow her own path, and keep it moving. Her grandparents, gone now, left Cass their only valuable possession, their South Side three-flat, which she nurtures and frets over, as though it were a living, breathing thing. The building is her last tangible connection to the family she’s lost. Luckily, her close circle of steadfast friends has become her new family, and Cass will do anything to protect it. In Broken Places we meet Detective Cass Raines of the Chicago Police Department on the worst day of her life. She’s been shot and lies dying on a rooftop, having killed a young gangbanger in order to save her partner’s life. This event, this nightmare, the weight of the guilt she carries afterward, jumpstarts the story and will resonate throughout the series.

Tell us about Broken Places without spoilers. 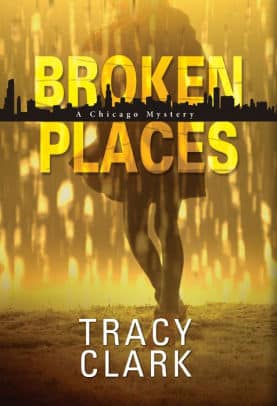 A few years out from the rooftop, the scar of the gangbanger’s bullet still visible on her chest, Cass has turned in her badge and has settled in as a PI, taking only work that interests her. Father Ray Heaton, her mentor and father figure, whom she calls “Pop,” comes to her and asks for help in finding the person vandalizing his church and rectory. Though Pop tells her it’s likely just kids breaking windows and turning over garbage carts, Cass suspects he’s holding something back, something far more serious. Cass is proved right when she finds Pop dead inside his confessional, the body of an unknown Hispanic boy lying in a pool of blood on the altar steps. The police too quickly conclude that the deaths are the result of a burglary gone wrong; that the would-be burglar and the priest struggled for the banger’s gun, the boy was shot, and the priest, consumed by remorse, took his own life as penance. But Cass knows differently, because she knew Pop, and a simple vandalism case suddenly gives way to an all-out pursuit to clear Pop’s name and find the person responsible for his death.

Can you tell us anything about Cass Raines’ next case?

Book two is entitled “Borrowed Time.” (Or it is now. The title may change.) A couple of months have passed since Pop’s murder and Cass is slowly regaining her equilibrium, though she still finds herself absently picking up the phone to call Pop before it hits her, again, that he’s well and truly gone. She’s grieving. As the story opens, her one-woman agency is experiencing a bit of a dry spell, so she’s handing out summonses on behalf of a law firm. It’s easy, mindless work, all the work she’s currently up for. That is until she’s asked to look into the death of Timothy Ayers, the scion of a prominent Chicago family, whose body is found floating in Lake Michigan, just yards away from his abandoned yacht. The police peg the case as an unfortunate accident. Tim was drunk, high, and simply slipped and fell overboard. But Jung Byson, the delivery boy at Cass’s favorite diner, believes differently. He tells Cass he knows his friend was murdered and he wants her to prove it. Reluctantly, she signs on, and soon discovers that there were quite a few people with reason to want Tim Ayers dead, including his own brother, that there have been other “accidental” deaths similar to Ayers’, and that her own client has been withholding crucial information and is wanted by the police. She must now find Jung, put the puzzle pieces together, and trap a killer … before he kills again.

Let’s talk about Chicago. Why do you think it’s such a popular setting for mystery and crime fiction?

Chicago is an awesome setting for mystery and crime fiction. Al Capone, John Dillinger and “Bugs” Moran walked our streets. You can still see bullet holes in some of the buildings! Not to glorify the nefarious, but something’s brewing in a town where something like four of the last nine governors have been hauled off to prison for corruption. If you can’t write a story of greed, graft and murder and mayhem set in this town, you haven’t got one in you. The Chicago Way is a thing. It’s a certain swagger, an attitude. It is one greedy hand washing the other, envelopes filled with payoff money slipped into a politician’s hands. Breathe deeply enough and you can practically smell the fear sweat wafting out of City Hall as the Feds reel in the latest pol caught (on tape, no less) with his or her hand in the till. I’ll note here that not all of our elected officials are crooked. We undoubtedly have some very fine, upstanding individuals serving their constituents with honor and integrity. Chicago is also filled with hardworking, law abiding, salt of the earth citizens who’ve never stolen a nickel in their entire lives … but, frankly, they don’t make for good mystery fiction. Writers go for the underbelly; we laser in on what doesn’t work, not what does, on what stinks to high heaven, not what smells like roses. Chicago, the land of the stinky onions, is fiction gold!

If someone comes to visit, where do you take them to show off Chicago?

I avoid the usual tourist stops, unless they specifically ask to see them. I venture into the neighborhoods. Chicago, the city of neighborhoods, has a lot of fascinating spots worthy of a closer look—Pilsen, Greek Town, Chinatown, Bronzeville, the historic Pullman community. Chicago has gotten some pretty negative press lately, but our vibrant neighborhoods–each one distinctive, each one an integral part of the city’s overall makeup—practically crackle with life, ethnic vibrancy and color. You haven’t truly experienced Chicago if you haven’t wandered off the beaten path and gotten down to people level.

In one of my reviews, I said Cass reminds me of Sue Grafton’s Kinsey Millhone. What authors have inspired you?

You mean piles? LOL. So many books so little time. At the moment, there are six books right at the top of pile one. They are “The Romanovs,” by Simon Sebag Montefiore, which I’m itching to get to; Ann Cleeves’ “Harbor Street,” an old Vera Stanhope entry; “Go Down Together,” by Jeff Guinn, about Bonnie & Clyde, (there’s something about these two I cannot get enough of); Lee Child’s “Killing Floor;” “End Game,” by David Baldacci, and “Anything You Say Can and Will be Used Against You,” by Laurie Lynn Drummond. And don’t even get my started on what’s waiting for me on my Kindle.

My favorites were the Nancy Drew mysteries. When I was around twelve I got my first Agatha Christie novel. I think she wrote more than eighty novels, plays and short stories? I’m pretty sure I got through them all. Christie gave way to Sara Paretsky’s PI heroine V.I. Warshawski, which opened the door up to Marcia Muller’s Sharon McCone, Grafton’s Kinsey Millhone, Karen Kijewski’s Kat Colorado, and so many others. My all-time favorite book, however, the one I read over and over again, is Harper Lee’s “To Kill a Mockingbird.” It’s perfect, simply perfect. Scout’s my favorite character.

The late Eleanor Taylor Bland. Her Marti MacAlister series about an African-American female detective is awesome, a real pleasure to read. I had the honor of knowing Eleanor. She was a thoughtful, elegant writer.