I was unsure whether to post the book trailer for James Anderson’s latest novel at the beginning or end of this interview. But, the trailer for Lullaby Road is so powerful, I thought it might tempt you to read further.

James Anderson will be at the Poisoned Pen on Wednesday, Jan. 24 at 7 PM. Lullaby Road has been selected as this month’s pick for the Hardboiled Crime Club. Signed copies are available through the Web Store. https://bit.ly/2mOjfyL

Even if you can make it on Wednesday, I think you should read this revealing interview with James Anderson. I asked a friend to do the interview. Kaye Wilkinson Barley is a writer and probably Anderson’s biggest fan. I knew her questions might bring out insights that no one else might discover. Kaye, thank you for interviewing James Anderson.

That’s a tough question. Can we come back to that? â˜º Okay, I know that shouldn’t be a hard question to answer, but for me it is. My younger sister and I were raised in several places around the Pacific Northwest and Northern California. Our father abandoned us at a Greyhound bus station in Salem, Oregon when I was about two or three and my sister an infant. We were taken in for a year or so by a Quaker family until my mother found a job and a place for us to live. I hated high school and barely graduated, got into some trouble, so it was a surprise to everyone (except my mother) when I attended Reed College and later graduate school in Boston. My sister went to University of California at Berkeley.  When I was still at Reed I started my publishing company, which gradually grew into a nationally respected book publisher. Throughout high school and college I was always writing, novels, poetry, essays, etc. I wrote my first novel when I was 16. It was age-appropriate and terrible!

Ben Jones is an independent truck driver whose daily route takes him up and down an isolated hundred-mile stretch of road in the high desert of Utah. He delivers necessities to the desert rats, eccentrics and self-exiled and for many of them Ben is their only regular contact with another human being. He’s an orphan and, as far as he knows, he is the child of a Jewish social worker and a Native American father. He was adopted by a Mormon couple when he was six or seven and has been driving his truck on State Highway 117 since he was eighteen. He’s just now closing in on forty. 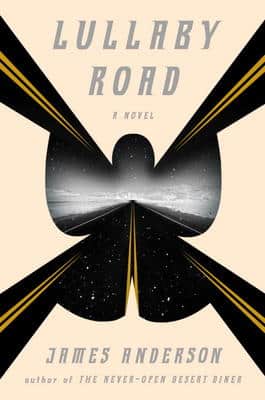 In my first novel, The Never-Open Desert Diner, Ben accidentally stumbles upon a woman playing a cello in an empty house in an isolated and abandoned housing development in the high desert. In LULLABY ROAD, Ben is contending with winter in the desert and suddenly finds himself responsible for a young mute Hispanic child that has been left at a seedy truck stop in the middle of nowhere. In the process of trying to keep up his regular delivery schedule he is attempting to find the child’s father. Who that child’s father is, and the tragedy and jeopardy  both Ben and the child face, circles back to an event that occurred at the diner, and to its owner, Walt Butterfield, forty years earlier, and provided the narrative core of the first novel. But LULLABY ROAD is not a sequel, though a kind of continuation with recurring characters. It can be read without having read the first one.

We all have our hot button issues. Mine happens to be children, particularly children at risk—and these days they are legion. A long time ago I was one of them, and if not for some caring and wonderful strangers, I might not be around today. In many ways I think children around the world, how they are oppressed, ignored, marginalized and even commoditized, are the canaries in our global coal mine. How we treat children is a commentary on who we have become. Children at risk these days are often discussed as a political issue, a problem to be dealt with that denies their fundamental humanity, and ours. Not just border children, but refugee children, and they have been weaponized in an ideological war that pits empathy against fear. Caring about another human being always involves risk—and it would seem that there are many in this world today who are unwilling to assume that risk.

I was, but for a very brief time. Ben is able to let his mind wander while he drives the desert—I drove a building supply truck and when my mind wandered I crashed the truck! And was fired. There is so much that has gone into Ben, and much of that has to do with my background, which is similar to his—or at least inspired his. There is his reverence for the natural world, particularly the desert and an abiding though occasionally begrudging empathy for his customers. He is carrying some emotional baggage, as are we all, and trying to be a better person and out-distance the sometimes violent and anti-social young man he was. In many ways Ben is as much an exile as the people he serves, and though paradoxical, he respects them and recognizes the kind of human connection and responsibility that is part of their shared desert diaspora. The combination of a harsh environment and isolation often results in a weird hightened awareness of what it means to be human and interdependent, with each other, nature and the environment. Ben has no super power. He doesn’t speak ten languages and isn’t a former Navy Seal. As I’ve said before, if anything Ben’s super power is that he gets up every morning and puts his boots to the floor and goes to work—low pay, long hours and no parades— and tries to be a better person—like most of us. Or at least I like to think so.

One of the most sacred regions in the world is located in the Four Corners area (the intersection of Colorado, Utah, Arizona and New Mexico)—Mesa Verde, which is where the ancient puebloan (formerly referred to as Anasazi, which means “Ancient Ones) cliff dwellings are, atop a vast mesa thousands of feet high. I lived in Durango for a while and spent a lot of time at Mesa Verde. I go back as often as I can. But the true answer to your question is more difficult to put into words. As many reviewers have noted, the desert is as much a character in my novels as the people, and why they choose to live as they do, and the natural though terrible beauty, especially in the diffuse red light of Utah, churns my imagination in ways that, for instance, New York City does not. There is magic in the natural world, which is shrinking, and I fear that without it we will lose our connection to what is truly important in the world.

Oh, you’d have to search through small magazines and literary journals around the country going back forty years. I have published quite a lot of poetry and though I have been approached on several occasions by publishers who want to collect them into a book, I have resisted. I read a lot of poetry, and always have, and I find that my love of poetry informs my prose in ways that are distinctive and not often found in crime fiction, or fiction in general. Still, though, I try not to go overboard lyrically and keep the focus on the story and the voice of Ben Jones as much as I can. I don’t think I actually “turned” to crime, and I am not certain my novels can be accurately referred to as “crime” novels. I had a very precarious childhood and young adulthood and crime, particularly violence of various kinds, was a part of my daily life, as a victim and as a witness—in that sense crime, or crimes, as they appear in my novels, are a part of life, part of the fabric of Ben’s life, and not the central focus. Overall, as a novelist, I am much more concerned with the effect violence has on us, directly and indirectly, that can manifest itself over time—a kind of personal geological time that results in seismic events.

My favorite books are probably instructive as to why my own work has such a hybrid nature. My first introductions to crime/mystery/suspense fiction came while I was in college and working night shifts in convenience markets. I was reading these formidable tomes by Friedrich Schleiermacher and Martin Heidegger and others, as well as the Greeks and so on and every once in a while I would reach over and pull a paperback off the spin rack—and as a result my scholarly responsibilities and interests were punctuated by forays into Raymond Chandler and, one of my biggest influences, John D. MacDonald’s Travis McGee series. My reading interests are extremely varied, as they have always been, physics, neuro-biology, biography, history, philosophy as well as nonfiction and memoirs, novels and poetry. As for specific titles, it is an eccentric list of favorites. Tom Sawyer; Wisdom of the Desert Fathers by Thomas Merton; Zen Mind, Beginner’s Mind by Shunryu Suzuki; Red, by Terry Tempest Williams; The Devil’s Highway by Luis Alberto Urrea; The Great Gatsby by F. Scott Fitzgerald in addition to writers like Patricia Highsmith, James Lee Burke, Ross Macdonald and Robert B. Parker.

I cannot see the top of my TBR pile! So, so many. Let me just peek to my right for a glimpse of just one of the piles surrounding me. The new novel by Steve Yarbrough, The Unmade World; the new novel by Luis Alberto Urrea, House of Broken Angels; The Collected Poems of Galway Kinnell; the new book by Gregory McNamee on the history of southwest cooking—Tortillas, Tiswin & T-Bones: A Food History of the Southwest.

That is a very, very tough question. My plan is still for only three books though who knows. Whether there is a third depends largely on whether or not LULLABY ROAD is successful enough to warrant a third. There are other kinds of books, stories, I’d like to write, and I don’t want to dedicate the rest of whatever time I have left to just one character. But anything is possible. The narrative arc that began with The Never-Open Desert Diner is also a personal arc for the character of Ben, and there is still much Ben has to learn, about the desert and the characters, and for Ben himself. Hell, writing is just as much a journey of discovery for the author. What is true for Ben is also true.  There is so much mystery left to explore!

And on a personal note, I was lucky enough to read an advance copy of Lullaby Road, and it is exquisite.  As you know, I was (and still am) a cheerleader for your first novel, The Never-Open Desert Diner.  Seems I’m going to be proudly continuing that gig for Lullaby Road.

Thanks, Kaye! You were an early and passionate supporter of my work, and I am deeply grateful for your praise and encouragement. It helps keep me going. Fingers crossed for LULLABY ROAD.

Thanks to Kaye Wilkinson Barley for interviewing James Anderson. 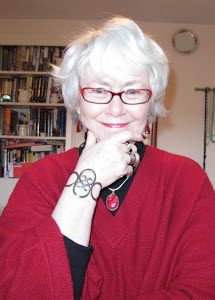 Kaye blogs at https://www.meanderingsandmuses.com/ You can order copies of her books, Whimsey: A Novel, or My Name is Harley and This is My Story, through the Web Store. https://bit.ly/2mOC4BT