Are you familiar with Martin Walker’s novels featuring Bruno, Chief of Police? The most recent one was The Templars’ Last Secret, which is available through the Web Store. https://bit.ly/2io6oDP 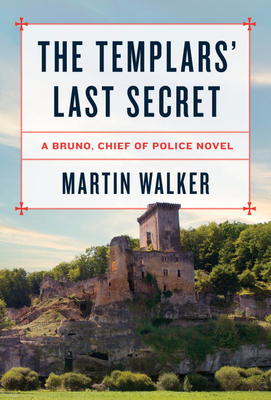 Bruno, the beloved chief of police in the idyllic French town of St. Denis, is back! This time a mysterious death brings ancient secrets to light, and it’s up to our hero–and favorite gourmand–to connect the tangled threads of past and present

When a woman’s body is found at the foot of a cliff near St. Denis, Bruno suspects a connection to the great ruin that stands on the cliff above: the ChÃ¢teau de Commarque, a long-ago Knights Templar stronghold which, along with the labyrinth of prehistoric caves beneath it, continues to draw the interest of scholars. With the help of AmÃ©lie, a young newcomer to the Dordogne, Bruno learns that the dead woman was an archaeologist searching for a religious artifact of incredible importance, the discovery of which could have dramatic repercussions throughout the Middle East–not to mention in St. Denis. And the woman’s ties to Islamic terrorists can only heighten the pressure on Bruno to unravel the centuries-old mystery. Meanwhile, an old flame of Bruno’s is assigned to work with him on the case, and the two find time, naturellement, to enjoy the supreme pleasures of the wine, food, and beauty of the Dordogne.

Several weeks ago, Eric Asimov took readers into Bruno’s world in an article in The New York Times, “The Delicious World of Bruno, Chief of Police”.  https://nyti.ms/2tEc9CF If you haven’t discovered these mysteries, or Bruno’s world, this is a wonderful introduction to the series, with beautiful slides that will take you to France. Check it out!