On Saturday, July 29 at 2 PM, The Poisoned Pen will host the couple that write under the name J.C. Eaton. Their first book together is Booked 4 Murder, available through the Web Store. https://bit.ly/2vBgDal

I recently had the chance to interview the Arizona couple.

J.C., would you introduce “yourselves”? 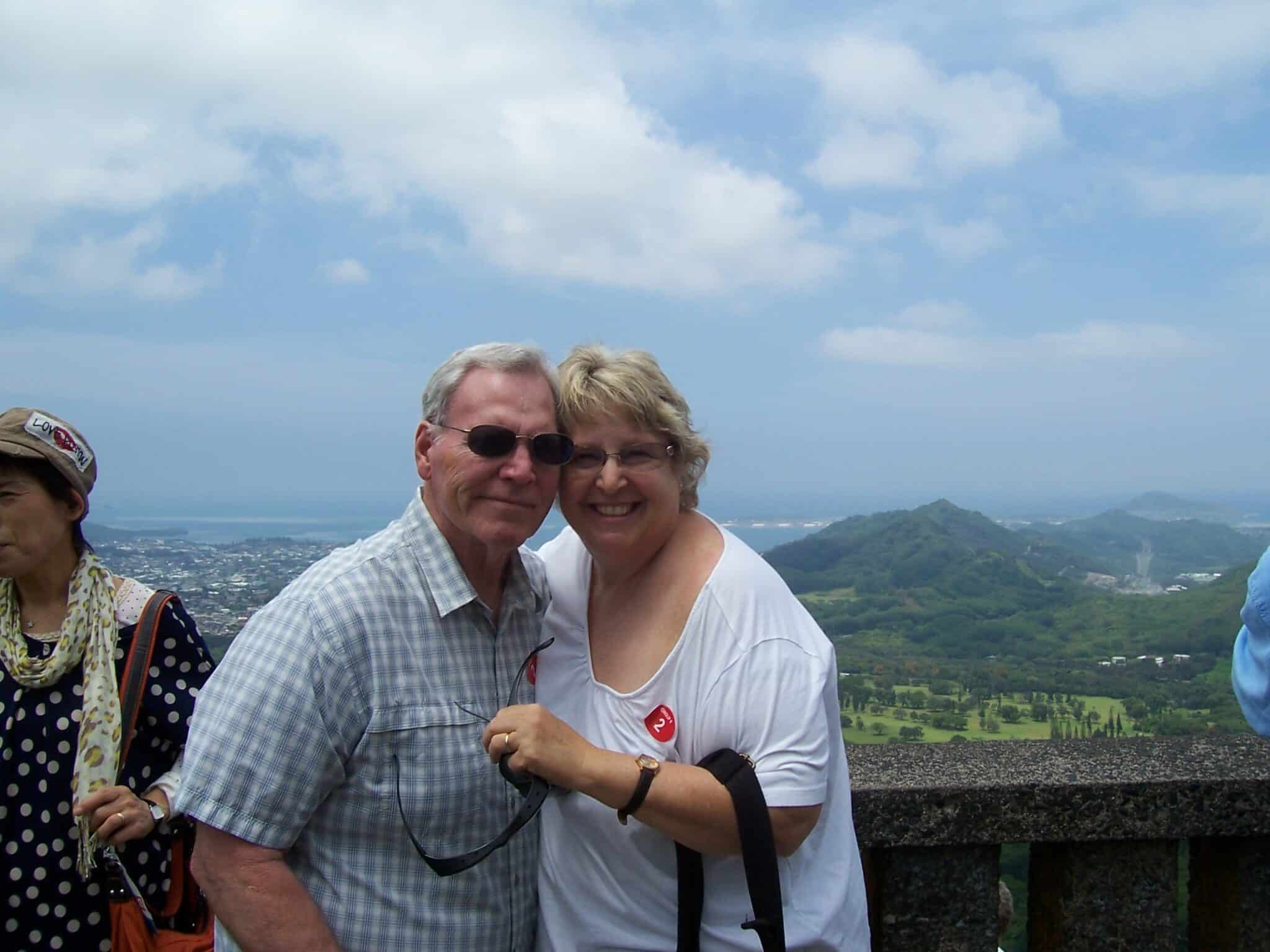 Ann is a former teacher and middle school principal from upstate New York who got the writing bug early on with her time travel mysteries for teens. When she realized she could conquer her fear of heights and small, enclosed places by creating fearless characters, she took all the chances she could with her writing. In real life, she won’t even stay in a hotel room past the third floor!

Jim is a retired winery tasting room manager who also taught for a number of years at a vocational school. His background in construction, thanks to the U.S. Navy, really helped. Up until he and Ann paired up to become “J.C. Eaton,” Jim’s writing was mainly informational in the form of workshop materials about the wine industry.

Ann and Jim are both foster failures and have one Chiweenie dog and five (yes, Five!) cats. They also own two vacuum cleaners, three different mops and more Clorox wipes than Costco can stock in a month!

Tell us about Sophie Kimball and her mother.

Sophie (Phee) is a people pleaser but she’s also independent and somewhat acerbic in her approach to life. This makes for an interesting dynamic between her and her mother, Harriet Plunkett, who can best be described as a “steamroller.” When Harriet gets an idea in her head, there’s no stopping her, but Phee’s  learned how to manage her mother while still holding on to her sanity. She doesn’t give in on everything. One of our favorite scenes was the dumpster diving one that culminates with Phee throwing out her mother’s yellow plastic gloves, even though they can be re-used according to Harriet.

Without spoilers, tell us about Booked 4 Murder.

When the Booked 4 Murder book club in the retirement community of Sun City West, Arizona, began to read an obscure novel by an unknown author, they noticed a chilling pattern ““ one by one their club members were dropping like flies.  The ladies in the club became convinced the book was cursed.  And one lady, Harriet Plunkett, was certain her daughter, Sophie (Phee) Kimball, could get to the bottom of the matter by investigating.  Phee lived in Mankato, Minnesota and worked for the police department for over a decade. That was reason enough for Harriet to insist her daughter use her vacation time to investigate. Even though Phee was in accounts receivable, Harriet believed something must’ve rubbed off on her daughter.  Needless to say, Phee complies and the sleuthing begins.

Hyperbole clearly dominates the book. We wanted likeable and familiar characters that our readers could relate to, but needed to “˜stretch’ the limits with slapstick and acerbic humor as well.  The most fun for us was creating the dialogue and the crowd scenes. Oops, don’t want to spoil it.

On your website, you say you moved to Arizona and realized the community you were living in was the perfect background for murder mysteries. What made it perfect?

It was Jim who immediately noticed the potential about writing a cozy mystery set in Sun City West.  At one point he said to Ann, “This is an un-tapped gold mine. Have you ever really listened carefully to the conversations you hear in the dog park? We could take those, exaggerate them and come up with a hilarious murder mystery.”  Then, he pointed out something obvious ““ Sun City West is host to a zillion clubs ““ scrapbooking, knitting, sewing, painting, ceramics, zymurgy, karaoke, theater, square dancing, line dancing, tap dancing, tennis, pickle ball, and the list goes on and on… What if the couple was to stage a different mystery that focused on a particular club? Again, Jim said, “There’s enough fodder here to get us into the next decade.”

I lived in Arizona, so I recognized some of the locations in your book. Where do you like to take guests when they come to Arizona to visit? 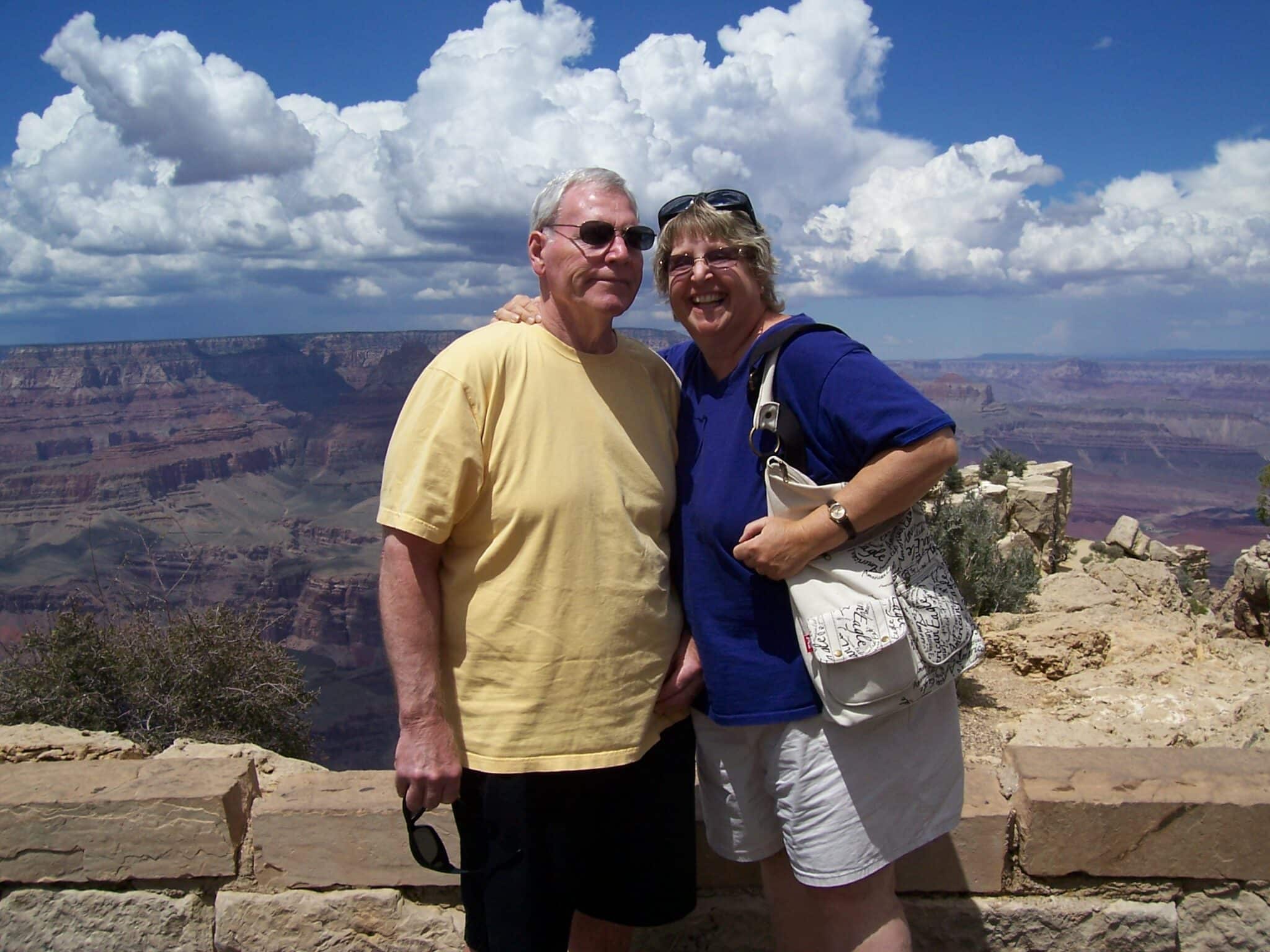 The White Tank Mountains and Lake Pleasant are two of our favorite places. Also, the basement in the Desert Caballeros Western Museum in Wickenburg. They’ve actually re-created an entire nineteenth century western city ““ a must see!  Oh, and we really enjoy taking visitors to the creepy Mystery Castle in Phoenix.

You’ve both written before, but not together. How do you share or split the writing duties?

It’s not exactly an even split but it does vary with each book.  Ditched 4 Murder is really Jim’s book. Ann says his “sticky fingers are all over it,” while Staged 4 Murder has her imprint on it. Jim is the one who comes up with the plotline and all its twists and turns. Ann likes to work on the descriptions. Both of us discuss where we’re headed next, do our own writing, get together, review it, modify it and re-write it together. The toughest obstacle for us was POV. Ann won out with first person but Jim didn’t sulk too long.

Tell us about your most interesting job before you started to write.

For Ann, it was the sixteen years she spent as a middle school principal in Geneva, New York.  She absolutely loved her students and their unbridled energy. Also their quirks and passions.

Even though Jim enjoyed his winery job, he got the biggest kick out of supervising the middle school dances with Ann every Friday night. That was their “night life.”

You may have different answers to this question. What authors inspired you?

You probably have different answers to this one as well. What were your favorite books as a child?

For Ann ““ Nancy Drew Mysteries of course! Plus, two out of print novels – The Pink Dress, and The City Under the Back Steps.  Also,  Anne of Green Gables.

We’re currently writing The Wine Trail Mysteries, set in New York’s Finger Lakes. The first novel, A Riesling To Die, is set for release by Kensington in March 2018. Look for Norrie Ellington and Two Witches Winery! (Thank you, Kensington!)

We want our Sophie Kimball Mysteries to continue and have more planned.

Also, we’ve got a new series in the works with Camel Press. Since our sleuth is a detective and not an amateur, it’s not really a cozy mystery but cozy enough for us.