Stuart Neville has started a new series, set in America. He’s written Here and Gone under the pseudonym Haylen Beck. 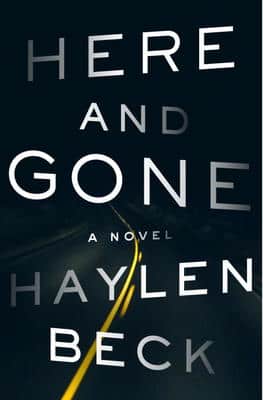 Here’s the summary, as it appears in the Web Store.

Here and Gone is a gripping, wonderfully tense suspense thriller about a mother’s desperate fight to recover her stolen children from corrupt authorities.

It begins with a woman fleeing through Arizona with her kids in tow, trying to escape an abusive marriage. When she’s pulled over by an unsettling local sheriff, things soon go awry and she is taken into custody. Only when she gets to the station, her kids are gone. And then the cops start saying they never saw any kids with her, that if they’re gone than she must have done something with them…

Meanwhile, halfway across the country a man hears the frenzied news reports about the missing kids, which are eerily similar to events in his own past. As the clock ticks down on the search for the lost children, he too is drawn into the desperate fight for their return.

The author recently appeared at The Poisoned Pen to discuss this book, and others, with Patrick Millikin. You can watch is on Livestream. https://livestream.com/poisonedpen/events/7539790

And, you can order a signed copy of Here and Gone through the Web Store. https://bit.ly/2tleocy