Joseph Kanon, author of Defectors, will be at The Poisoned Pen on Thursday, June 15 at 7 PM. Of course, when discussing his new book, he’ll talk about Russia, and why his book is timely. Here’s an article from a recent Shelf Awareness, in which Kanon says “Russia is Back.” https://bit.ly/2sfTFGk 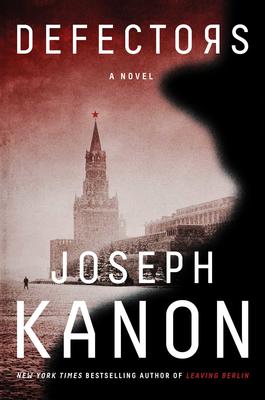 Here’s the summary of the novel.

“Fascinating…[Kanon] is a master of the genre…[The] roller-coaster plot will keep you guessing until the final page.” —The Washington Post

From the bestselling author of Istanbul Passage and Leaving Berlin comes a riveting novel about two brothers bound by blood, divided by loyalty.

In 1949, Frank Weeks, fair-haired boy of the newly formed CIA, was exposed as a Communist spy and fled the country to vanish behind the Iron Curtain. Now, twelve years later, he has written his memoirs, a KGB- approved project almost certain to be an international bestseller, and has asked his brother Simon, a publisher, to come to Moscow to edit the manuscript. It’s a reunion Simon both dreads and longs for. The book is sure to be filled with mischief and misinformation; Frank’s motives suspect, the CIA hostile. But the chance to see Frank, his adored older brother, proves irresistible.

And at first Frank is still Frank—the same charm, the same jokes, the same bond of affection that transcends ideology. Then Simon begins to glimpse another Frank, still capable of treachery, still actively working for “the service.” He finds himself dragged into the middle of Frank’s new scheme, caught between the KGB and the CIA in a fatal cat and mouse game that only one of the brothers is likely to survive.

Defectors is the gripping story of one family torn apart by the divided loyalties of the Cold War, but it’s also a revealing look at the wider community of defectors, American and British, living a twilit Moscow existence, granted privileges but never trusted, spies who have escaped one prison only to find themselves trapped in another that is even more sinister. Filled with authentic period detail and moral ambiguity, Defectors takes us to the heart of a world of secrets, where no one can be trusted and murder is just collateral damage.

But, Kanon himself has been in the news lately. He wrote a piece for “Literary Hub” about his favorite writing spot. Here’s the link so you can discover Kanon’s beloved place. https://bit.ly/2suekHh

If it all sounds intriguing, stop by the Web Store and order a signed copy of the book. https://bit.ly/2sl6lgf. Better yet, come by The Poisoned Pen on Thursday and meet Joseph Kanon.