Some readers may not be familiar with Marie Brennan’s fantasy series, the Lady Trent Memoirs. Within the Sanctuary of Wings is the concluding volume. 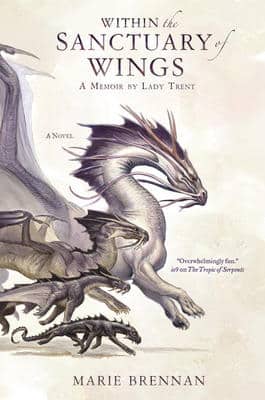 After nearly five decades (and, indeed, the same number of volumes), one might think they were well-acquainted with the Lady Isabella Trent – dragon naturalist, scandalous explorer, and perhaps as infamous for her company and feats of daring as she is famous for her discoveries and additions to the scientific field.

And yet – after her initial adventure in the mountains of Vystrana, and her exploits in the depths of war-torn Eriga, to the high seas aboard The Basilisk, and then to the inhospitable deserts of Akhia – the Lady Trent has captivated hearts along with fierce minds. This concluding volume will finally reveal the truths behind her most notorious adventure – scaling the tallest peak in the world, buried behind the territory of Scirland’s enemies – and what she discovered there, within the Sanctuary of Wings.

The Lady Trent Memoirs
1. A Natural History of Dragons
2. The Tropic of Serpents
3. Voyage of the Basilisk
4. In the Labyrinth of Drakes
5. Within the Sanctuary of Wings

When Brennan was at The Poisoned Pen, she came in appropriate costume. 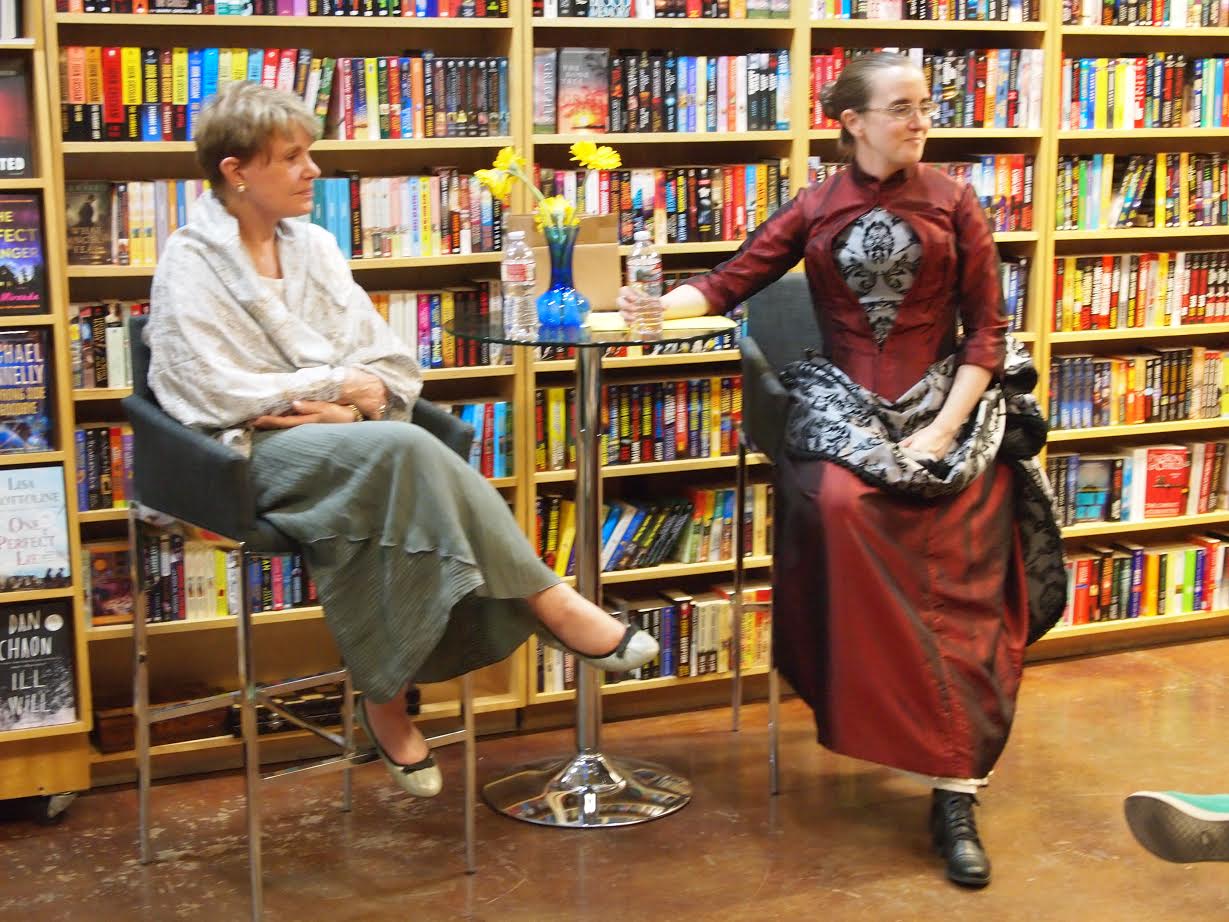 Signed copies of Within the Sanctuary of Wings are available through the Web Store. https://bit.ly/2q6FT7E