Since Kate Carlisle appears regularly at The Poisoned Pen, it seems appropriate to congratulate her on her good news. 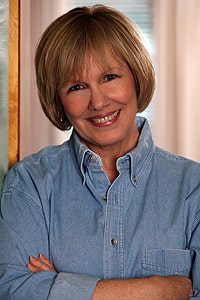 Here’s what she released in yesterday’s newsletter to her readers.

“The Fixer-Upper Mysteries are coming to the
Hallmark Movies & Mysteries Channel!!!!!

That’s right, Shannon Hammer is coming to the small screen. She’ll be played by Jewel, who’s best known as a singer-songwriter but who is also a very talented actress. (And beautiful, too!) Colin Ferguson will play her love interest.

Yes, the location scenes have already been filmed—this is a done deal. They were filmed in western Canada, near a stunning lighthouse.

The first Fixer-Upper Mystery movie will air early next year on Hallmark Movies & Mysteries, and we hope there will be many more after that.”

Congratulations to Kate! And, for those of you looking for her books, they’re available through the Web Store. https://bit.ly/2hyWei7