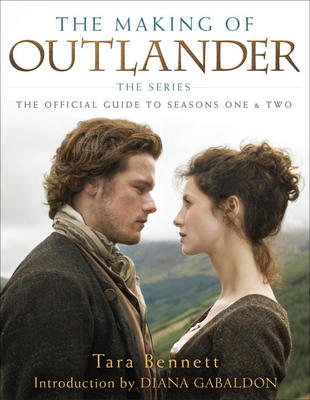 Here’s the description of the book, as it appears at the Web Store.

Get an exclusive look behind the scenes of the first two seasons of Outlander with this official, fully illustrated companion to the hit Starz television series based on the bestselling novels.

It was only a matter of time before Diana Gabaldon’s bestselling Outlander saga made the leap from book to hit TV series, and the millions of readers captivated by the epic romance of Claire Beauchamp Randall and Jamie Fraser have eagerly followed.

Now the must-watch drama has inspired this must-have guide, which reveals that it takes a village (or perhaps a Scottish isle) to bring the breathtaking world of Outlander to life in front of our eyes. Spanning the first two seasons of the Starz network sensation, The Making of Outlander leads readers behind the scenes and straight into the action as cast members, writers, producers, musicians, costume designers, set decorators, technicians, and more share the many adventures and challenges they face to make this sweeping saga come alive on the screen.

In exclusive interviews, the show’s stars, including Caitriona Balfe (Claire), Sam Heughan (Jamie), and Tobias Menzies (Frank Randall/Black Jack Randall), discuss the daunting task of embodying some of fiction’s most beloved characters—and satisfying the high expectations of devoted Outlander readers. Executive producer and showrunner Ronald D. Moore looks at the inner workings of the writers’ room, shares his crew’s travels to the authentic overseas locations, and chronicles the brainstorming, building, breakneck pacing, and boundless energy that make everything from the show’s architecture to its outfits period-perfect. In addition, the book examines all the Outlander episodes through exclusive interviews with their writers and directors, providing fascinating facts into the making of each hour.

Best of all, The Making of Outlander offers a veritable feast of lavish photographs—including an array of images spotlighting the stars in all their characters’ grandeur and up-close personal portraits. Featuring an introduction by Diana Gabaldon herself, this magnificent insider’s look at the world of the Outlander TV series is the companion all fans will want by their side.

We also have a few photos from the event.

Here are two photos of Diana Gabaldon and Tara Bennett. 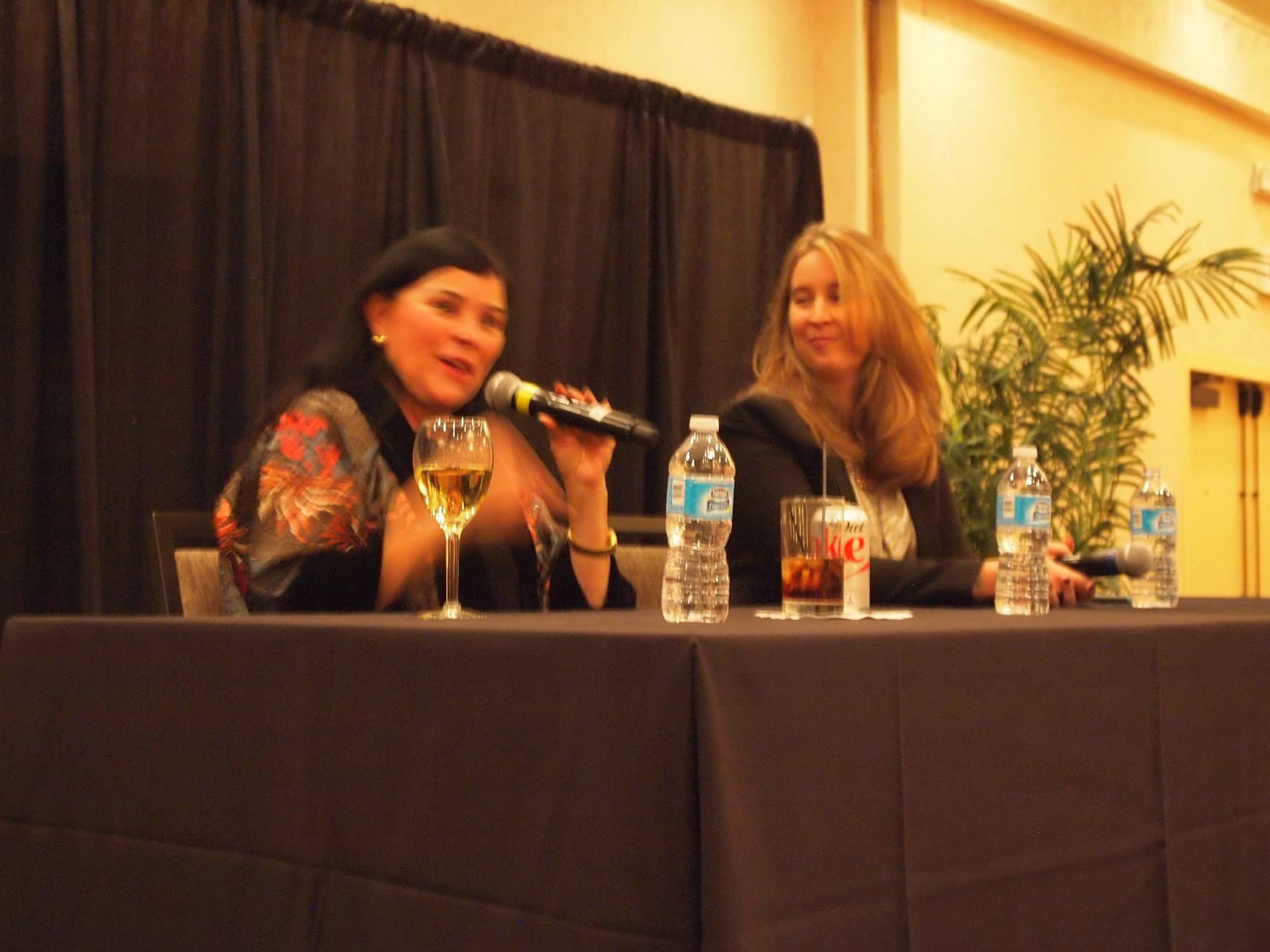 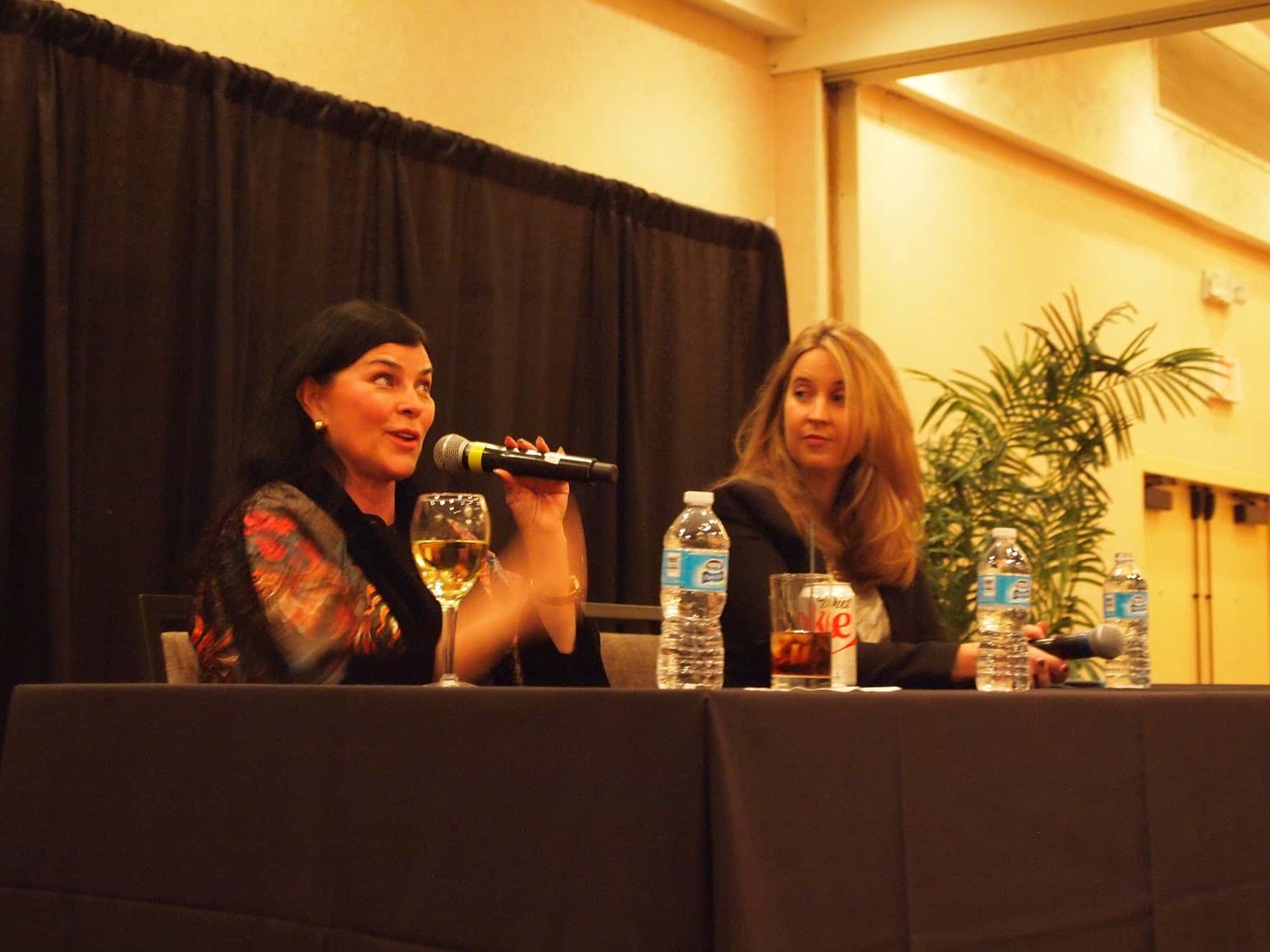 You can see the event yourself, via Livestream. https://livestream.com/poisonedpen/events/6545794

If you’d like a signed copy of The Making of Outlander, you can buy it through the Web Store. https://bit.ly/2g2aIGb