Books by young adult authors have been extremely popular with adults and teens in the last few years. On Sunday, November 20 at 2 PM, The Poisoned Pen will welcome three popular YA authors who live in Arizona.

Aprilynne Pike is the author of Glitter. 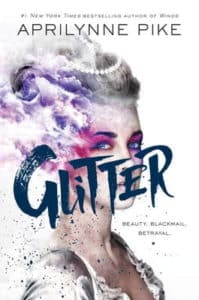 If I Fix You is by Abigail Johnson. 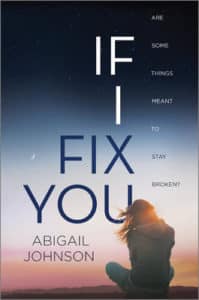 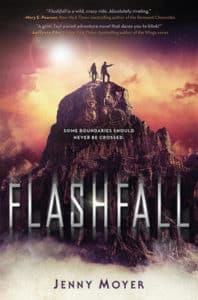 Elissa Harris, a Poisoned Pen Press author (Poisoned Pencil), was originally scheduled to join them to discuss her debut novel, M.I.N.D., but she’s not going to make it. However, she did answer questions for an In the Hot Seat interview. Meeet Ellisa Harris.

Elissa, would you introduce yourself to readers?

I am the Me Too girl. According to my parents, “Me Too” were the first words I ever spoke. I doubt they were the actual words, but the nickname stuck anyway. But let’s get to the facts. Originally from Montreal, Canada, I now live in Arizona with my husband, Robert. I have two grown daughters, the older one a writer living in New York, the younger a reality TV producer in Los Angeles. Basically, I’ve worn many hats: daughter, sister, friend, wife, mother, programmer, editor, writer… But perhaps the question is, who am I really? Truth is, I’m still searching for me, which is probably why I write. As soon I find the Me Too girl, I’ll be sure to let you know!

Introduce us to Cassie Stewart, please.

When Cassie was ten, her father was killed and she nearly drowned in a boating accident. As a result, she was left with a fear of water, an overprotective mother, and an embarrassing condition: She zonks out with no more warning than you’d get with a pop quiz. It’s six years later and her life still sucks. She’s never even had a boyfriend. Seriously, what guy in his right mind would date a girl who drops out of hers? Yet in spite of everything, or maybe because of it, she’s upbeat and funny, with her own quirky way of viewing the world.

Would you tell us about M.I.N.D., without spoilers? 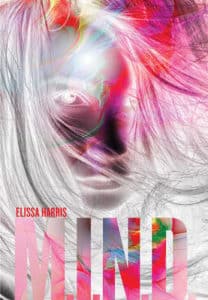 Before hooking up with Brendan Marsh, Amanda Lockhart was Cassie’s best friend. On a school bus trip, Amanda goes ballistic, grabs the steering wheel and yells, “We have to go back!” The bus crashes, leaving Amanda brain-dead and altering Cassie’s condition. Cassie still zonks out, but now she can project her mind into other people. She calls it her “mental invasive neurological disorder,” or simply, M.I.N.D. It’s the perfect solution to her dead-end life. Or so she thinks—until she gets caught up in a mystery surrounding a fatal hit-and-run that involves her ex-best friend. Enter Amanda’s cute but geeky older brother, and things get even more interesting…

You’ve been an editor and writer. Is it correct that M.I.N.D. is your young adult debut? Why a young adult mystery?

Yes, it’s my first YA. But not by design. It started out as an adult thriller. I started wondering what it would feel like to actually commit a murder (no, I am NOT a psychopath, just a curious writer). There have to be people out there who fantasize about it, right? Secret wannabe killers who wouldn’t normally cross that line but would if they had a 100% guarantee they wouldn’t get caught. What if there was a service that let you do just this—from inside the body of someone else? That was my original idea for the book, but as soon as I started to write, the story took off in another direction. This was not going to be a dark thriller. This was turning into a story about revelations and self-discovery. But most important, the sixteen-year-old in me took over and I just went with it. Actually, Cassie’s upbeat voice took over, and she couldn’t be quieted.

What young adult authors do you read?

Neil Gaiman said “Trust your obsession.” Did you ever have an obsession that you had to turn into a story? What was it?

I’ve always been obsessed with Death (note the capital D here). Okay, so who isn’t, right? I’m not just talking about my writer’s curiosity about murder, though. For example, what really happens to your nails and hair after The End? Was anyone ever saved by ringing a bell from his coffin? But mainly, I was interested in the rituals, like closing the eyes of the poor departed soul and sealing them with pennies. Or covering up all the mirrors in the house where the poor guy had lived. This obsession led to not one but several short stories, which I compiled under the title, Burial Instructions.

My entire Judy Bolton and Nancy Drew mystery series. Though I have to admit I liked Judy better, mainly because there’s a hint of romance with her friend, Peter Dobbs, whom she later marries. Peter was actually the name of the romantic interest in M.I.N.D. before I decided to kill him off (in name only, not in the story) and rename him Ethan.

Sticking with YA here, I’ll have to say Christopher Pike, the Star-Trekky pseudonym for Kevin McFadden. Murder, horror, ghosts, vampires, witches, sex, alcohol, drugs… He had it all, but was, I believe, overshadowed by the phenomenon who is R.L. Stine. I remember really being blown away by Pike’s vampire series, which has a mystical theme and was way ahead of its time. Supernatural horror woven into the mysteries of the universe, not to mention the power of eternal love—how can you resist?

Check the Web Store if you’re interested in purchasing books by any of the authors. https://store.poisonedpen.com/