It doesn’t get much cuter than this book jacket. 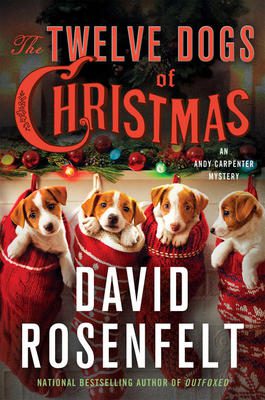 David Rosenfelt was recently at The Poisoned Pen to talk about his new Andy Carpenter mystery, The Twelve Dogs of Christmas. Here’s the summary from the Web Store’s page.

“Defense lawyer Andy Carpenter usually tries to avoid taking on new cases at all costs. But this time, he’s happy – eager, even – to take the case that’s just come his way. Andy’s long-time friend Martha Pups” Boyer takes in stray puppies that the local dog rescue center can’t handle, raises them until they’re old enough to adopt, and then finds good homes for them. Not everyone admires the work Pups does as much as Andy does, however. With Christmas just around the corner, one of Pups’s neighbors has just reported Pups to the city for having more than the legal number of pets in her home under the local zoning laws.

“Andy happily takes Pups’s case, and he feels confident in a positive outcome. Who could punish someone for rescuing puppies, after all, especially at Christmastime? But things get a lot more complicated when Randy Hennessey, the neighbor who registered the complaint against Pups, turns up dead. Pups had loudly and publicly threatened Hennessey after he filed his complaint, and Pups was also the one to find his body. All the evidence seems to point to Pups as the killer, and suddenly Andy hasa murder case on his hands. He doesn’t believe Pups could be guilty, but as he starts digging deeper into the truth behind Hennessey’s murder, Andy may find himself facing a killer more dangerous than he ever imagined.

If the plot sounds intriguing to you, it sounded intriguing to one of the Golden Retriever rescue dog that came to the program. It wanted to buy a copy of The Twelve Dogs of Christmas from Patrick Millikin. 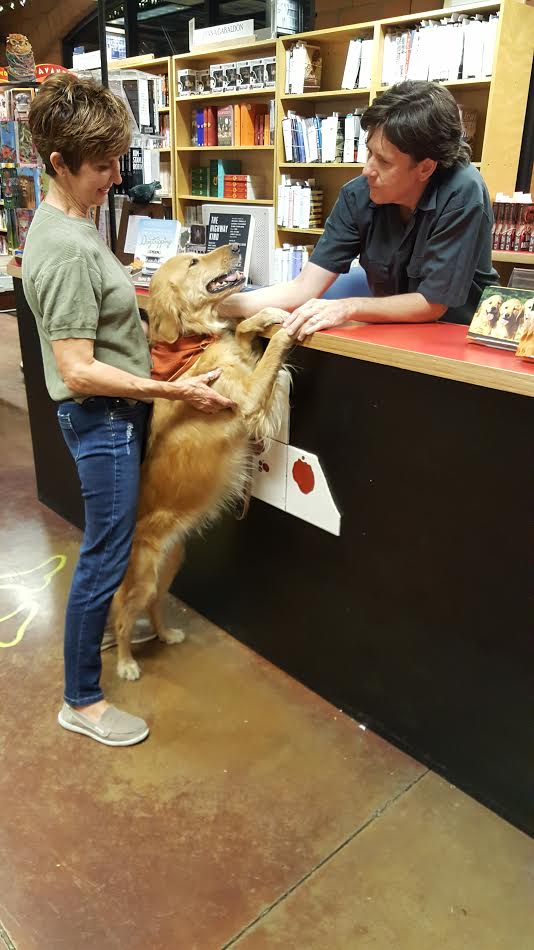 You can also buy a signed copy through the Web Store. https://bit.ly/2eRu9OZ

And, if you’d like to hear David Rosenfelt talk about his books with The Poisoned Pen owner Barbara Peters  (and see the Golden Retriever), you can watch the event on Livestream. https://livestream.com/poisonedpen/events/6463484