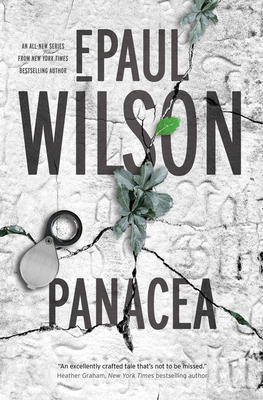 Here’s the description of the book, as it appears on the store’s website.

Medical examiner Laura Hanning has two charred corpses and no answers. Both bear a mysterious tattoo but exhibit no known cause of death. Their only connection to one another is a string of puzzling miracle cures. Her preliminary investigation points to a cult in the possession of the fabled panacea – the substance that can cure all ills – but that’s impossible.

Laura finds herself unknowingly enmeshed in an ancient conflict between the secretive keepers of the panacea and the equally secretive and far more deadly group known only as 536, a brotherhood that fervently believes God intended for humanity to suffer, not be cured. Laura doesn’t believe in the panacea, but that doesn’t prevent the agents of 536 from trying to kill her.

A reclusive, terminally ill billionaire hires Laura to research the possibility of the panacea. The billionaire’s own body guard, Rick Hayden, a mercenary who isn’t who he pretends to be, has to keep her alive as they race to find the legendary panacea before the agents of 536 can destroy it.”

Would you like to see photos of the event? 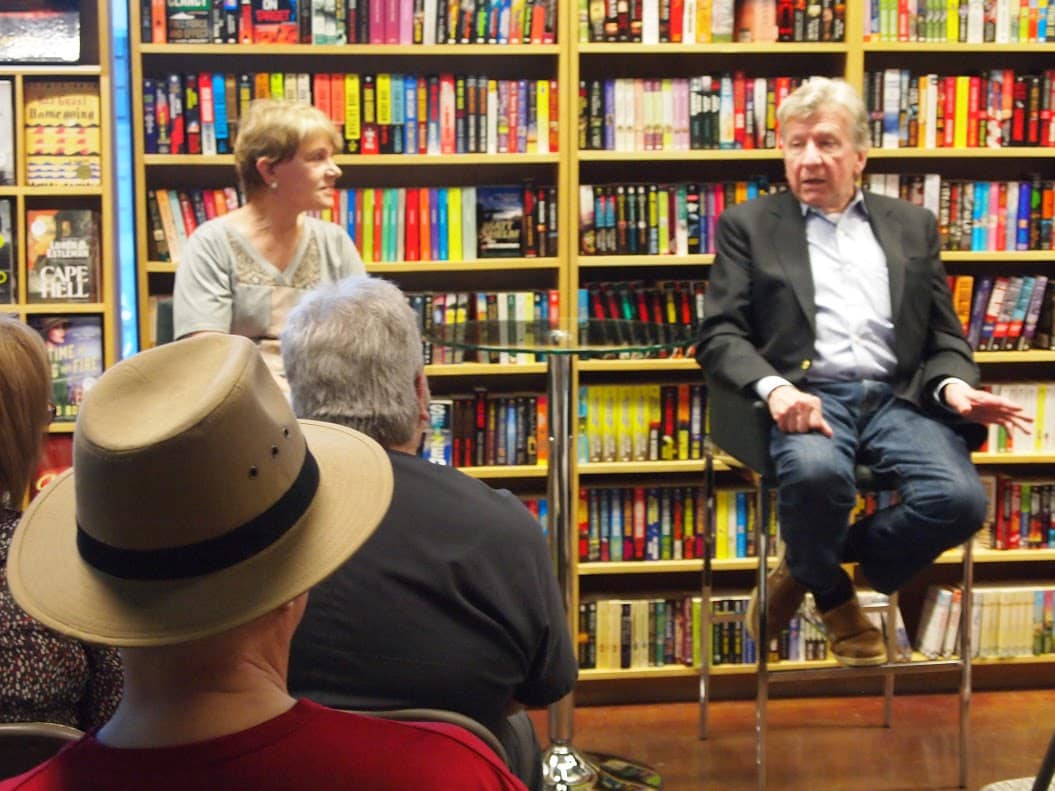 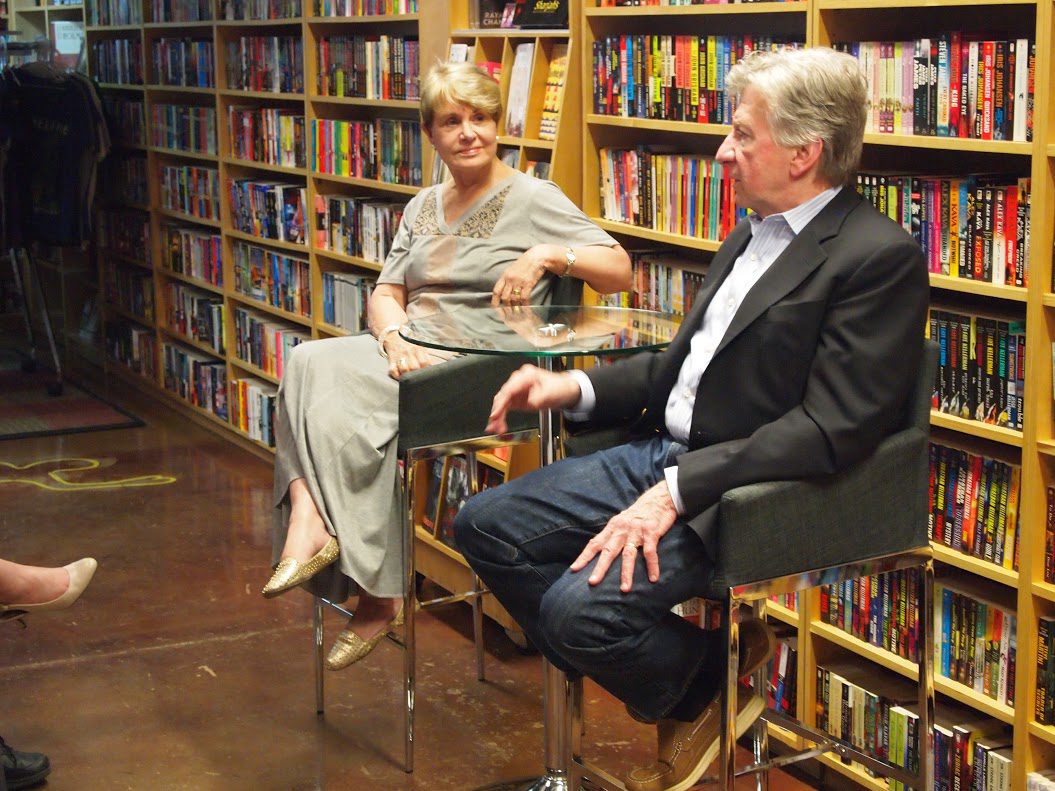 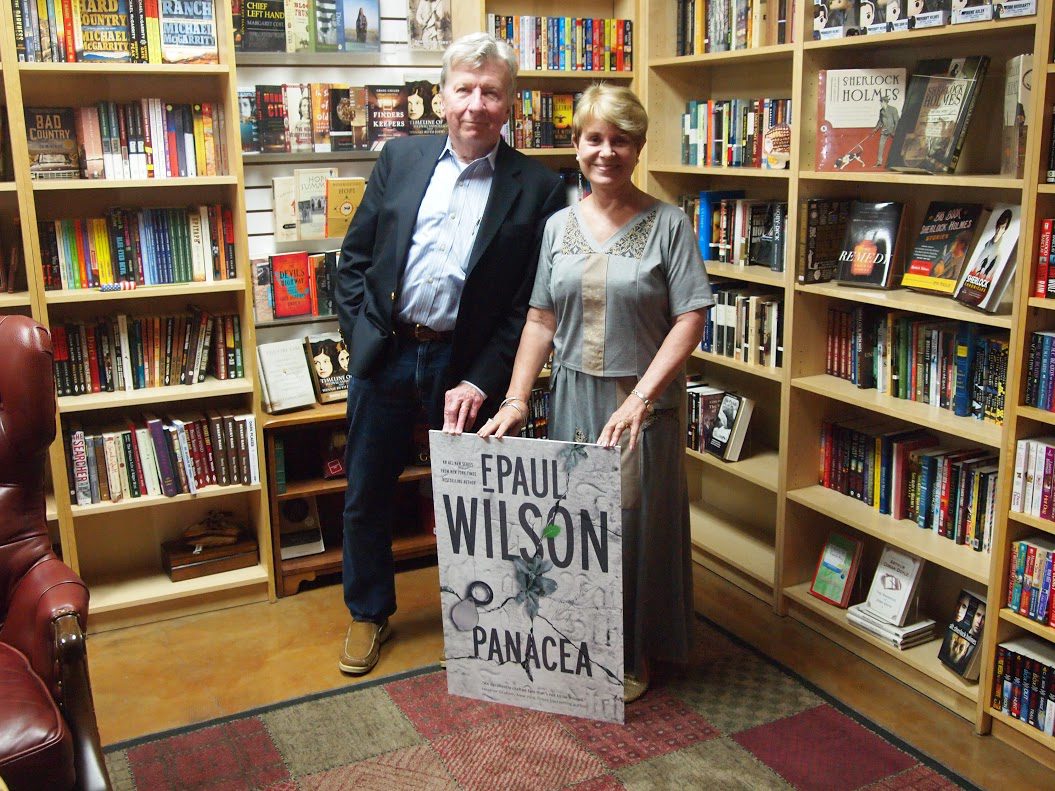 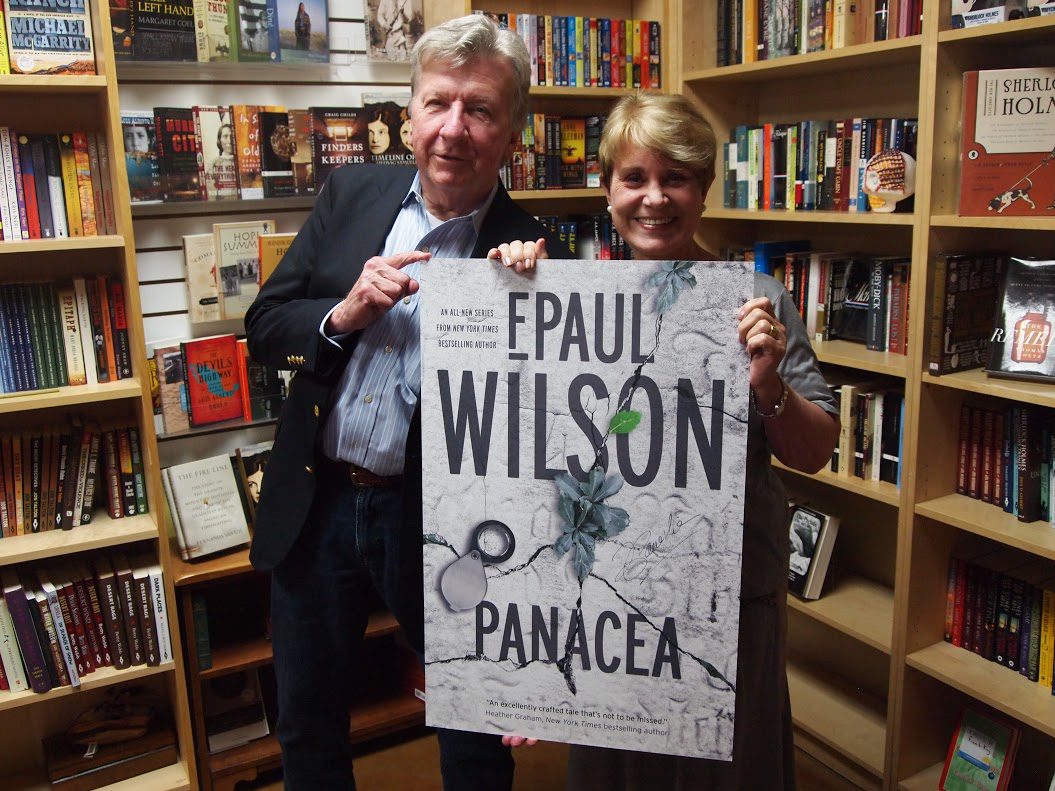 Of course, we have signed copies of Panacea for sale in the Web Store. https://bit.ly/29N4ANH Sounds intriguing, doesn’t it?