Tuesday, June 14 is release date for Cara Black’s new Aimee Leduc mystery, Murder on the Quai. She’ll be here at The Poisoned Pen on Saturday, June 18 at 2 PM, so this is the perfect time to interview her. Cara’s In the Hot Seat today. 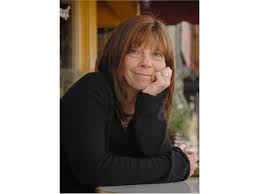 Cara, thank you for sitting In the Hot Seat. Would you introduce yourself to our readers?
I’m a former preschool teacher, my husband owned a bookstore and we live in San Francisco. I drink espresso and get to Paris whenever I can.
Now, would you introduce Aimee Leduc?
AimÃ©e Leduc is the half-American, half-French daughter of a 70’s radical American mother who left her when she was eight, and a father, formerly in the Police, later a detective, who became a PI and took over the family business at Leduc Detective. AimÃ©e lives in Paris on Ile Saint-Louis because that’s where I’d like to live. She has a motor scooter, a bichon frise puppy named Miles Davis pronounced Meels Daveez, a stormy relationship with her godfather, Commissaire Morbier, is attracted to bad boys and haunts the flea markets for vintage couture. She’s taller, thinner and with a better fashion sense than moi.
Tell us about Murder on the Quai. Why did you go back in Aimee’s career?