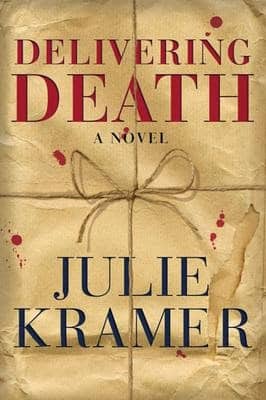 Another page-turning, alternately funny and bone-chilling mystery from Julie Kramer. Riley Spartz, investigative journalist for Channel 3 in Minneapolis is still sparring with her intellectually stunted, over-sexed boss while trying to keep her career afloat. Then there’s her ex-fiancÃ©, who she’s not so sure should stay exed, except he seems to be awfully tight with his attractive new boss so there seems no hope there. Misery does love Riley, but you won’t be miserable reading as Riley’s dry, cynical humor carries a twisty plot that will keep you guessing. Perhaps I should have opened with “tooth-aching” instead of bone-chilling because that’s the clue that starts Riley off on her lethal investigation—the arrival of human teeth in an envelope. Were they taken out while someone was alive? What on earth do they mean? Someone less brave (or less in need of a story) might have left it up to the police to sort out, but Riley plows right through a mass-marriage, a mortuary and any number of other gruesome settings to get things uncovered. Her persistence might get her killed—or someone else she cares about.

For other reviews, information about Judith Starkston’s novel, Hand of Fire (coming fr Fireship Press, Sept 10 2014), set during the Trojan War, as well as background history articles on ancient women, food, and daily life, go to JudithStarkston.com Judith can be followed on Facebook and Twitter