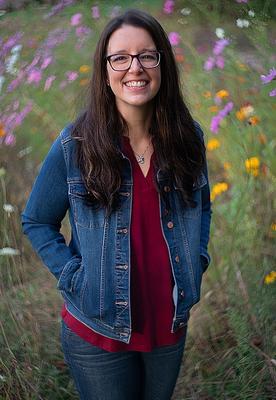 Let’s end 2022 on a positive note with Amanda Flower’s list of her pandemic reading.

Amanda Flower is a USA Today bestselling and Agatha Award-winning author of over forty-five mystery novels. Her novels have received starred reviews from Library Journal, Publishers Weekly, and Romantic Times, and she had been featured in USA Today, First for Women, and Woman’s World. She currently writes for Penguin-Random House (Berkley), Kensington, and Sourcebooks. In addition to being a writer, she was a librarian for fifteen years. Today, Flower and her husband own a farm and recording studio, and they live in Northeast Ohio with their six adorable cats.

I’ve only met Amanda once, but I know how humble she is. She included one of her books in the list because I asked the authors to do that. But, it’s an older title, and I’m going to mention several of her books after she gets a chance to discuss her pandemic reading.

Most of the books I read during the pandemic were research for upcoming books that I was writing, but I also snuck in a few cozies and fun reads. Here are my top four.

This is a history of the servants in Emily Dickinson’s house. It was invaluable to me in writing Because I Could Not Stop for Death, the first novel in the Emily Dickinson Mysteries because the novel is narrated by a maid in the Dickinson home. I went back to it again and again writing the second novel in the series, I Heard a Fly Buzz When I Died.

2) Death by Dumpling: A Noodle Shop Mystery by Vivien Chien

This was such a fun cozy debut, and I went on to read several more in the series during the pandemic. My favorite part was it was set in Cleveland, not too far from where I live.

3) Ralph Waldo Emerson: The Infinitude of the Private Man by Maurice York and Rick Spaulding

Another book I read for research for the Emily Dickinson Mysteries. The Dickinsons were friends of Emerson. I love it when my real life literary heroes intertwine.

4) Anxious for Nothing: Finding Calm in a Chaotic World by Max Lucado

This book by Max Lucado I actually read twice during the pandemic to help me deal with the anxiety of everything. It was a great help. I highly recommend.

It’s one of my own books, but it came out the spring of 2020 and is just a humorous cozy in Amish country and one of my bestselling books because people needed escape at that time. I was happy to provide.

And, I’m happy to provide information about two of Amanda Flower’s recent releases. She mentioned her September release, Because I Could Not Stop for Death, the first of her Emily Dickinson Mysteries.

Emily Dickinson and her housemaid, Willa Noble, realize there is nothing poetic about murder in this first book in an all-new series from USA Today bestselling and Agatha Award–winning author Amanda Flower.

January 1855 Willa Noble knew it was bad luck when it was pouring rain on the day of her ever-important job interview at the Dickinson home in Amherst, Massachusetts. When she arrived late, disheveled with her skirts sodden and filthy, she’d lost all hope of being hired for the position. As the housekeeper politely told her they’d be in touch, Willa started toward the door of the stately home only to be called back by the soft but strong voice of Emily Dickinson. What begins as tenuous employment turns to friendship as the reclusive poet takes Willa under her wing.

Tragedy soon strikes and Willa’s beloved brother, Henry, is killed in a tragic accident at the town stables. With no other family and nowhere else to turn, Willa tells Emily about her brother’s death and why she believes it was no accident. Willa is convinced it was murder. Henry had been very secretive of late, only hinting to Willa that he’d found a way to earn money to take care of them both. Viewing it first as a puzzle to piece together, Emily offers to help, only to realize that she and Willa are caught in a deadly game of cat and mouse that reveals corruption in Amherst that is generations deep. Some very high-powered people will stop at nothing to keep their profitable secrets even if that means forever silencing Willa and her new mistress….

Honeymoons Can Be Hazardous, the fourth Amish Matchmaker Mystery, was just released Dec. 27.

Widowed matchmaker Millie Fisher is anything but lonely between her mischievous goats, her quilting circle—and her habit of solving the odd murder or two . . .

Millie’s decidedly not Amish best friend, Lois Henry, is outspoken, colorful, and so hopelessly romantic, she’s had four husbands. Millie doesn’t judge, and she also doesn’t expect to run into Lois’s most recent ex, gambler Gerome Moorhead, in small-town Harvest, Ohio. With him is the very young, new Mrs. Moorhead, aka “Honeybee.” Lois is outraged, but Millie is completely shocked to learn the next day that Gerome is already a widower . . .

When a large wood carving at the cozy Munich Chalet falls on “Honeybee,” all eyes turn toward Lois. Who else would want a tourist—a complete stranger—dead? And half of Harvest witnessed Lois’s enmity toward the young woman. Suddenly Millie must put aside her sewing needle and flex her sleuthing skills. She’s no stranger to a murder investigation, after all, and if she doesn’t learn who killed Honeybee, Lois could go from Millie’s boisterous best friend to her horrified prison penpal . . .