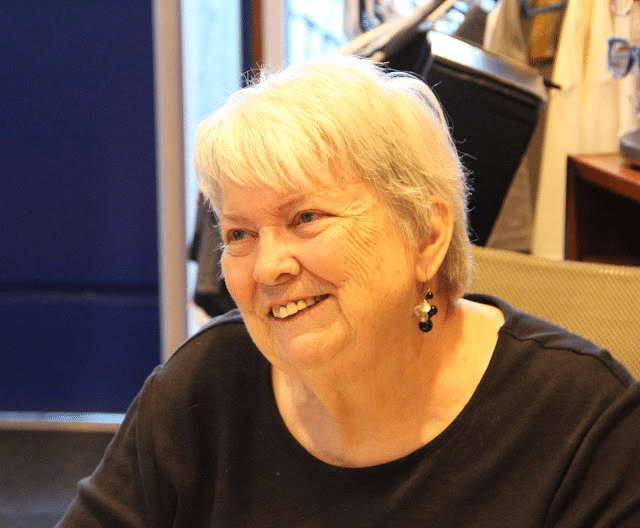 Yesterday, we lost Margaret Maron. In 2013, the Mystery Writers of America celebrated Maron’s contributions to the mystery genre by naming her a Grand Master – an honor first bestowed on Agatha Christie.

Margaret Maron grew up in the country near Raleigh, North Carolina, but for many years lived in Brooklyn, New York. When she and her artist husband returned to the farm that had been in her family for a hundred years, she began a series based on her own background. The first book, Bootlegger’s Daughter, became a Washington Post bestseller that swept the major mystery awards for its year — winning the Edgar, Agatha, Anthony, and Macavity Awards for Best Novel — and is among the 100 Favorite Mysteries of the Century as selected by the Independent Mystery Booksellers Association.

Later, her Deborah Knott novels Up Jumps the Devil, Storm Track, and Three-Day Town each also won the Agatha Award for Best Novel. Margaret is also the author of the Sigrid Harald series of detective novels. In 2008, Maron received the North Carolina Award for Literature, the highest civilian honor the state bestows on its authors.

Here is Margaret Maron’s obituary, as posted by her family.

Margaret Maron, may she rest in peace.