I’ve heard Walter Mosley say he doesn’t like his work to be pigeonholed. The current Hot Book of the Week at the Poisoned Pen, his John Woman, is one of those titles. You can order a signed copy through the Web Store. https://bit.ly/2NXhTQU 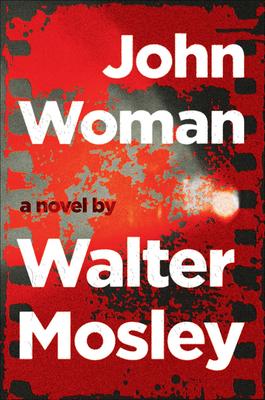 Here’s the description of John Woman.

A convention-defying novel by bestselling writer Walter Mosley, John Woman recounts the transformation of an unassuming boy named Cornelius Jones into John Woman, an unconventional history professor—while the legacy of a hideous crime lurks in the shadows.

At twelve years old, Cornelius, the son of an Italian-American woman and an older black man from Mississippi named Herman, secretly takes over his father’s job at a silent film theater in New York’s East Village. Five years later, as Herman lives out his last days, he shares his wisdom with his son, explaining that the person who controls the narrative of history controls their own fate. After his father dies and his mother disappears, Cornelius sets about reinventing himself—as Professor John Woman, a man who will spread Herman’s teachings into the classrooms of his unorthodox southwestern university and beyond. But there are other individuals who are attempting to influence the narrative of John Woman, and who might know something about the facts of his hidden past.

Engaging with some of the most provocative ideas of recent intellectual history, John Woman is a compulsively readable, deliciously unexpected novel about the way we tell stories, and whether the stories we tell have the power to change the world.