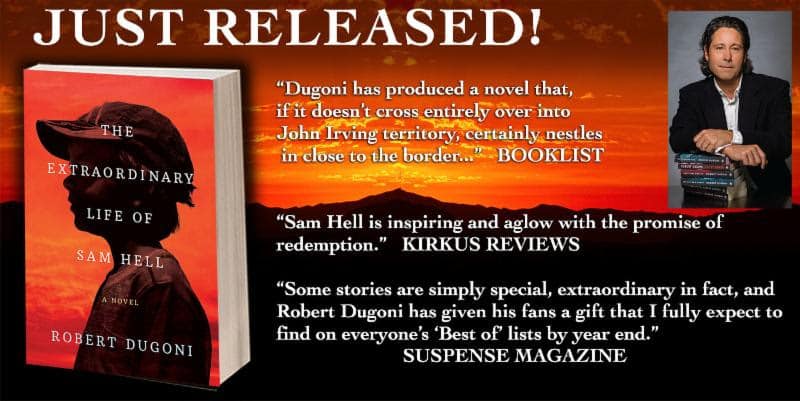 Robert Dugoni has always been popular at the Poisoned Pen. He’s back, Saturday, April 28 at 2 PM to talk about and sign his latest novel, The Extraordinary Life of Sam Hell. Signed copies of this book, and copies of Dugoni’s others, are also available through the Web Store. https://bit.ly/2JxAtto 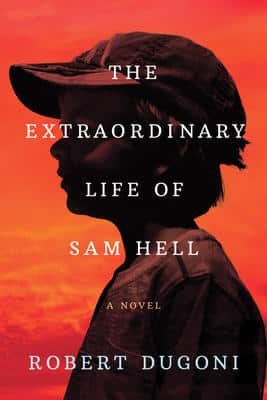 Here’s the summary of The Extraordinary Life of Sam Hell.

Wall Street Journal and New York Times bestselling author Robert Dugoni’s coming-of-age story is, according to Booklist, “a novel that, if it doesn’t cross entirely over into John Irving territory, certainly nestles in close to the border.”

Sam Hill always saw the world through different eyes. Born with red pupils, he was called “Devil Boy” or Sam “Hell” by his classmates; “God’s will” is what his mother called his ocular albinism. Her words were of little comfort, but Sam persevered, buoyed by his mother’s devout faith, his father’s practical wisdom, and his two other misfit friends.

Sam believed it was God who sent Ernie Cantwell, the only African American kid in his class, to be the friend he so desperately needed. And that it was God’s idea for Mickie Kennedy to storm into Our Lady of Mercy like a tornado, uprooting every rule Sam had been taught about boys and girls.

Forty years later, Sam, a small-town eye doctor, is no longer certain anything was by design—especially not the tragedy that caused him to turn his back on his friends, his hometown, and the life he’d always known. Running from the pain, eyes closed, served little purpose. Now, as he looks back on his life, Sam embarks on a journey that will take him halfway around the world. This time, his eyes are wide open—bringing into clear view what changed him, defined him, and made him so afraid, until he can finally see what truly matters.