Walter Mosley will be at The Poisoned Pen on Wednesday, Feb. 28 at 7 PM to sign his new book, Down the River Unto the Sea. But, even if you can’t be there, you can order a signed copy of the current Hot Book of the Week through the Web Store. https://bit.ly/2CHq9es 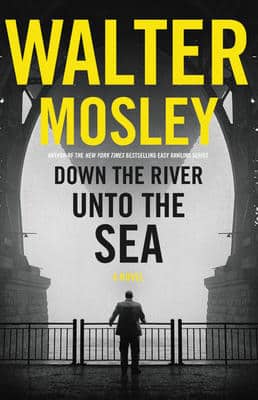 Here’s the description of Down the River Unto the Sea.

“Mosley writes with great power here about themes that have permeated his work: institutional racism, political corruption, and the ways that both of these issues affect not only society at large but also the inner lives of individual men and women.” —Booklist (starred review)

Joe King Oliver was one of the NYPD’s finest investigators, until, dispatched to arrest a well-heeled car thief, he is framed for assault by his enemies within the NYPD, a charge which lands him in solitary at Rikers Island.
A decade later, King is a private detective, running his agency with the help of his teenage daughter, Aja-Denise. Broken by the brutality he suffered and committed in equal measure while behind bars, his work and his daughter are the only light in his solitary life. When he receives a card in the mail from the woman who admits she was paid to frame him those years ago, King realizes that he has no choice but to take his own case: figuring out who on the force wanted him disposed of–and why.
Running in parallel with King’s own quest for justice is the case of a Black radical journalist accused of killing two on-duty police officers who had been abusing their badges to traffic in drugs and women within the city’s poorest neighborhoods.
Joined by Melquarth Frost, a brilliant sociopath, our hero must beat dirty cops and dirtier bankers, craven lawyers, and above all keep his daughter far from the underworld in which he works. All the while, two lives hang in the balance: King’s client’s, and King’s own.