Crime on the Comstock – Naomi Hirahara

Left Coast Crime is in Reno in 2018, March 22-25.  The slogan is Crime on the Comstock. Naomi Hirahara is a Guest of Honor. (She’s also going to have a guest post here on Saturday, Sept. 30.) If you’ve already registered, you would have received the newsletter and her news. You can still register at http://www.leftcoastcrime.org/2018/Registration.html

If you haven’t registered, Hirahara’s news might tempt you. 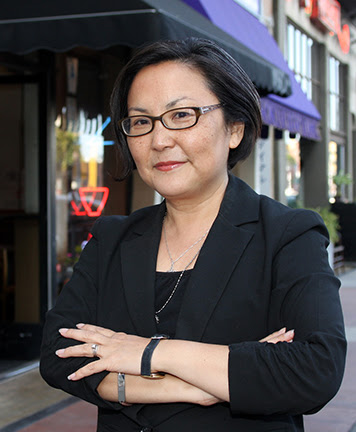 I can’t tell you how excited I am to be part of the festivities in March 2018. The convention coincides with the publication of my seventh and final Mas Arai mystery, Hiroshima Boy. This novel is set entirely in contemporary Hiroshima, mostly on a small island that is a fifteen-minute ferry ride from the city. The mystery has a bit of a Shetland or Broadchurch kind of vibe to it, in spite of being set in Japan and not the United Kingdom. It’s been exhilarating and emotional to complete the series. My biggest concern was to finish well and properly serve my protagonist, the aging gardener, Mas Arai. I believe that I have done so and am looking forward to sharing this book with you all in Reno.

I’m also doing research for a new series set in historic Chicago. This will be a stretch for this native Los Angeleno. But one thing I’ve learned from Hiroshima Boy is that it’s our job as writers to not always tread on what is easy or familiar. By pushing ourselves mentally and yes, sometimes physically, new doors open. I’ll also be stepping into telling stories in another medium – film. No, I’m not going to be a filmmaker, but I’ll be working as a producer for a small independent film adaptation of my first Mas Arai novel. Learning new things is certainly invigorating, introducing me to a younger generation of storytellers.

I’ve also been thinking of all the fun and mischief we’ll be having in Reno. Since we will be together as friends and readers, I want us to have plenty of opportunities to laugh. I took an improv class this summer and some of those skills will be put to good use at the convention. And there will be karaoke, too, but no worries – nothing like the karaoke you’ve been exposed to in the past.

So get ready for the unexpected in Reno. It will be a wonderful party celebrating the diversity of our genre.

So, watch for Hiroshima Boy next year in the Web Store. I hope you come back for Naomi’s post on September 30.

SO delighted to have the truck roll up with our hundreds of copies of Righteous Prey, the first joint investigation for Lucas Davenport and Virgil Flowers. These law enforcement bros go after a group, not a single killer. Our launch party is Monday October 3 live at 7 pm PDT. Which is our 33rd bookstore birthday. Let there be cake 🎂

SO delighted to have the truck roll up with our hundreds of copies of Righteous Prey, the first joint investigation for Lucas Davenport and Virgil Flowers. These law enforcement bros go after a group, not a single killer. Our launch party is Monday October 3 live at 7 pm PDT. Which is our 33rd bookstore birthday. Let there be cake 🎂
A new PP Tee Fundraiser Campaign; Events This Week; Our 33rd Birthday Party Monday October 3 with John Sandford. Order a Tee shirt and support The Pen.
So terrific to have a new legal thriller featuring two women prosecutors trying a vicious killer or two in Santa Cruz, California. High stakes and possibly high shenanigans plus real despair that an abusive chef might walk
Tonight! Marcia Clark discusses The Fall Girl. Tuesday, September 27th at 6pm PDT (9pm EDT).
John Sandford Live at our 33rd Birthday Party Monday October 3 7 PM. There will be cake too!
Jeffrey Archer discusses Next in Line. September 27th at 2pm PDT (5pm EDT).
%d bloggers like this: