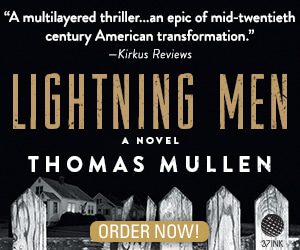 Thomas Mullen, author of Lightning Men, will be at The Poisoned Pen on Thursday, Sept. 28 at 6:30 PM. You can order a signed copy through the Web Store. https://bit.ly/2xbD9JO

Why would you want a signed copy? How about this? 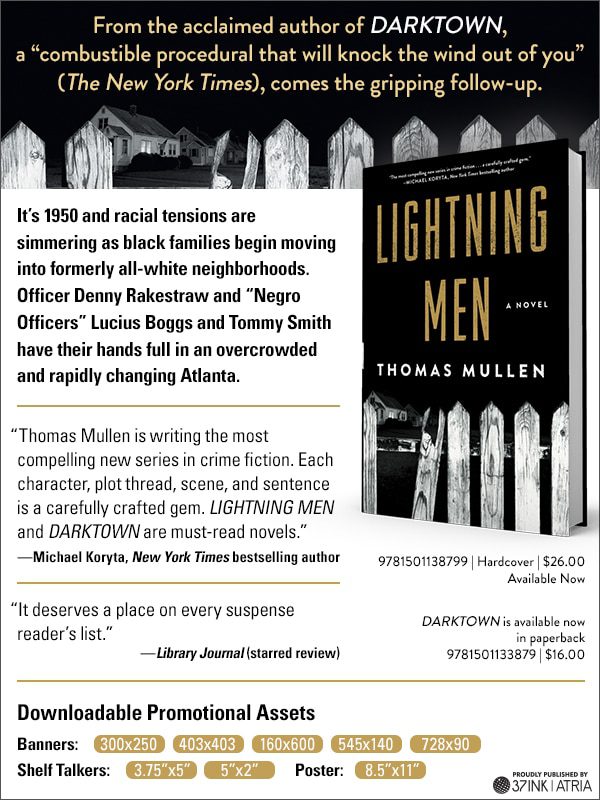 Here’s the summary. “Writes with a ferocious passion that’ll knock the wind out of you.” —The New York Times, on Darktown

“Reads like the best of James Ellroy.” —Publishers Weekly (starred review), on Darktown

“Mullen is a wonderful architect of intersecting plotlines and unexpected answers.” —The Washington Post, on Darktown

From the acclaimed author of The Last Town on Earth comes the gripping follow-up to Darktown, a “combustible procedural that will knock the wind out of you” (The New York Times).

Officer Denny Rakestraw and “Negro Officers” Lucius Boggs and Tommy Smith have their hands full in an overcrowded and rapidly changing Atlanta. It’s 1950 and racial tensions are simmering as black families, including Smith’s sister, begin moving into formerly all-white neighborhoods. When Rake’s brother-in-law launches a scheme to rally the Ku Klux Klan to “save” their neighborhood, his efforts spiral out of control, forcing Rake to choose between loyalty to family or the law.

Across town, Boggs and Smith try to shut down the supply of white lightning and drugs into their territory, finding themselves up against more powerful foes than they’d expected. Battling corrupt cops and ex-cons, Nazi brown shirts and rogue Klansmen, the officers are drawn closer to the fires that threaten to consume the city once again.

With echoes of Walter Mosley and Dennis Lehane, Mullen demonstrates in Lightning Men why he’s celebrated for writing crime fiction “with a nimble sense of history…quick on its feet and vividly drawn” (Dallas Morning News).

Or maybe Marilyn Stasio can convince you. Lightning Men is the first book she reviews in her column in the Sept. 13th New York Times. The Crime Column this week is called, “Bad Neighbors, Bad Husbands and Very Bad Behavior.” Check out her comments about Lightning Men. https://nyti.ms/2xYUhjt