Kristen Lepionka, author of The Last Place You Look, recently wrote a piece called “Top 10 Female Detectives in Fiction” for The Guardian. You can read her article here.  https://bit.ly/2xMnzST

You can also order Lepionka’s own novel featuring a female detective, The Last Place You Look, through the Web Store. https://bit.ly/2gDtXnP 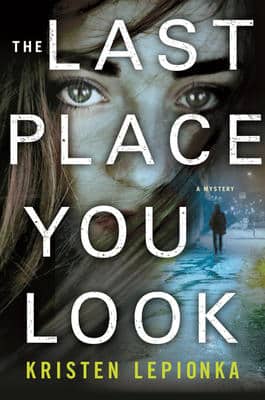 I’ll give you one hint from Lepionka’s list. Appearing at #4 is Rachel Howzell Hall, author of City of Saviors. She’ll be at The Poisoned Pen on Sunday, Sept. 10 at 2 PM to discuss and sign her new book. You can order a signed copy. https://bit.ly/2wC4VP5

“Hall deserves to be compared to Kathy Reichs or Patricia Cornwell, and it will not be long before she is recognized as every bit as big a crime writing star.”–Daily Mail (UK)

After a long Labor Day weekend, seventy-three-year-old Eugene Washington is found dead in his Leimert Park home. At first blush, his death seems unremarkable—heatwave combined with food poisoning from a holiday barbecue. But something in the way Washington died doesn’t make sense. LAPD Homicide Detective Elouise “Lou” Norton is called to investigate the death and learns that the only family Washington had was the 6,000-member congregation of Blessed Mission Ministries, led by Bishop Solomon Tate.

But something wicked is lurking among the congregants of this church.

Lou’s partner, Detective Colin Taggert, thinks her focus on the congregation comes from her distrust of organized religion. But Lou is convinced that the murderer is sitting in one of those red velvet pews—and that Bishop Tate may be protecting the wolf in the flock. Lou must force the truth into the light and confront her own demons in order to save another soul before it’s too late.