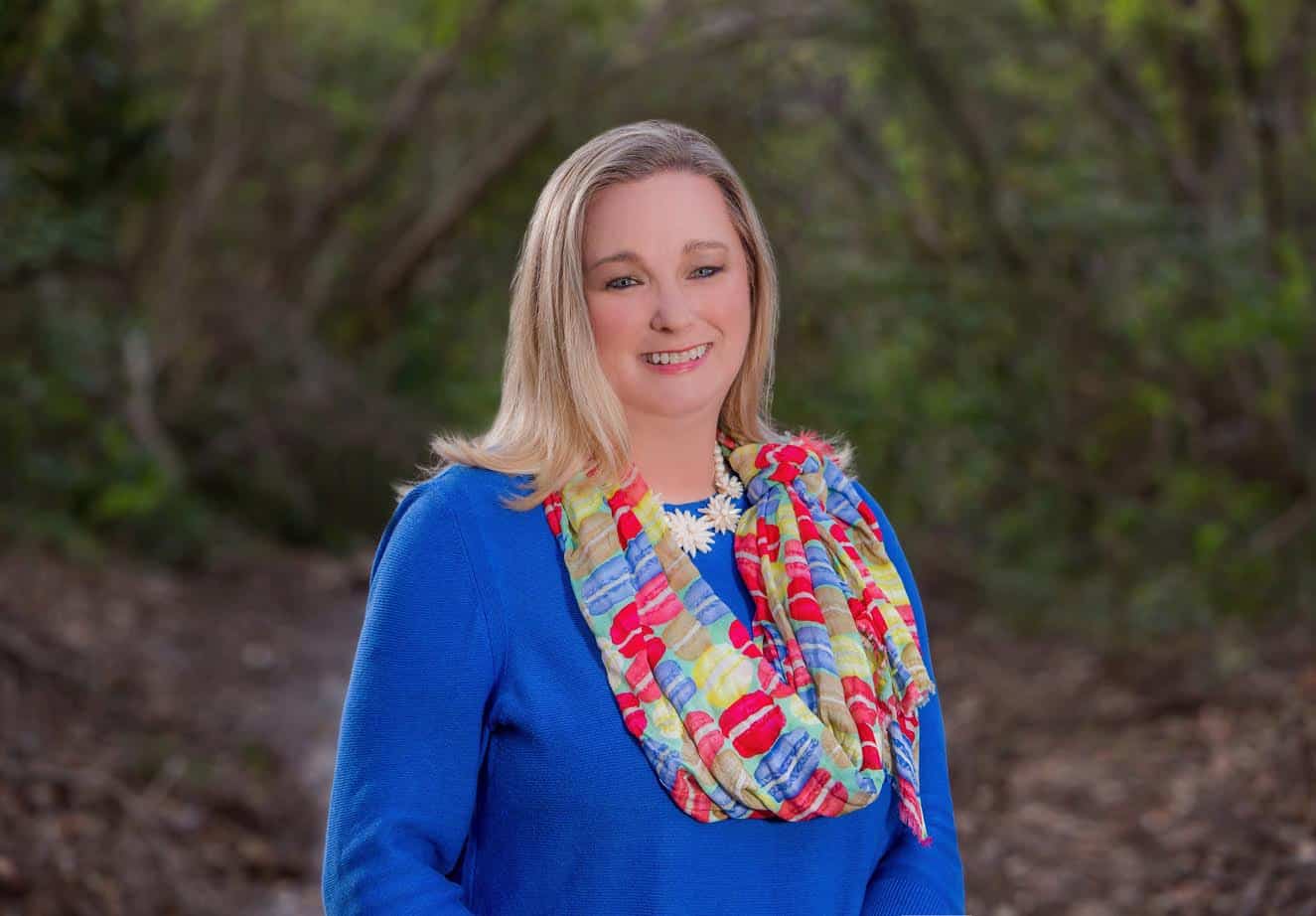 Susan M. Boyer won the Agatha Award for Best First Mystery Novel for Lowcountry Boil. Now, the sixth novel in the series is out, Lowcountry Bonfire. Susan was kind enough to agree to an interview.

Susan, would you introduce yourself to the readers?

Hey everyone! I’m Susan Boyer, and I write the Liz Talbot Mystery Series. I’m originally from North Carolina, but have lived in South Carolina for nearly thirty years. I’ve had a lifelong love affair with books, mysteries in particular. But before I wrote them, my day job was in computer business systems. My husband, Jim, and I have four grown children. We live in the Upstate of South Carolina, but spend a good bit of time in the Lowcountry, near Charleston.

I can’t believe you’re already up to #6 in the Liz Talbot series. Would you introduce us to Liz Talbot and Nate Andrews?

Liz Talbot was born and raised in the small town of Stella Maris, on the coast of South Carolina. She graduated from Clemson University (folks from South Carolina, I sent her brother, Blake, to Carolina) and she met her partner, Nate Andrews, there. After graduation, she and Nate interned with the same private investigator in Greenville, and later started their own firm. Nate grew up in Greenville, and he has some trouble with their eventual transition to the Lowcountry. Liz and Nate are very good at their job. But they have some challenges with her quirky extended family. Oh, and her best friend, Colleen, who’s been dead for eighteen years.

Tell us about Lowcountry Bonfire, without spoilers. 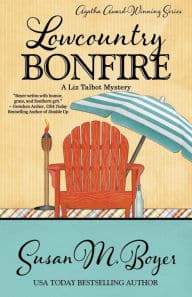 Tammy Sue Lyerly, a Stella Maris resident, hires Liz and Nate because Tammy suspects her husband, Zeke, of infidelity. She’s hired them before, and they’ve caught Zeke red-handed engaging in some crazy shenanigans, but not adultery. But this time is different. The day after Liz and Nate deliver the incriminating photos, Tammy Sue piles his clothes inside his classic Mustang convertible and lights a match. When Zeke turns up dead, Tammy Sue is the prime suspect. Liz and Nate are hired by the town of Stella Maris to help with the investigation. They’re convinced Tammy Sue is innocent, but everyone liked Zeke. It’s a real puzzle who might’ve killed him.

Tell us about Stella Maris, please.

Stella Maris is an island in my imagination. It sits just north of Isle of Palms, near Charleston, South Carolina. The town that occupies the island is a quintessential small Southern town—a modern Mayberry—but it’s on a beautiful island. I created Stella Maris because I wanted Liz Talbot to have a small-town background, but I wanted her to live at the beach because I love the beach so much. I situated the town close enough to Charleston so that Liz could work many of her cases there. I knew I could only drop so many bodies in my small town before it became unbelievable.

Can you give us a hint about the next book in the series?

I’m working on that now. Lowcountry Bonfire takes place mostly in Stella Maris, with only a few scenes in Charleston. In the next book, Liz and Nate will be working in Charleston again. I have out my list of words that start with “bo” and I’m trying to zero in on a title. A couple I’m toying with are boondoggle and boomerang.

Your first book, Lowcountry Boil, won the Agatha Award for Best First Novel. Tell us about learning about the nomination. I’m sure you remember where you were, and how you reacted. Who did you tell first?

Oh my stars! I’ll never forget that as long as I live. Jim and I were at our friends’ house watching the Super Bowl. I left the room to take the call, which came to my cell phone. I was so stunned and excited. I was jumping up and down. Of course I told Jim and our friends. Then I called Kendel Lynn, my editor at Henery Press.

When did you first realize you wanted to become a writer?

It was my dream as a child. When it was time to go to college, I understood that I couldn’t study writing and then graduate and have a guaranteed paycheck publishing novels. Even then I knew publishing didn’t work that way. And I had no interest in journalism. I wanted to make things up. At first I thought I might teach English and write in the summer. But computer programming was more practical.

The list is so long. A few names that come immediately to mind are Charlaine Harris, Hank Phillippi Ryan, and Sue Grafton.

It’s obvious you love South Carolina. Where do you take people when they come to visit?

In Greenville, we go downtown and have dinner in one of the Main Street restaurants, then drive up to the mountains. Sometimes we’ll see a musical at The Peace Center. In Charleston it’s usually the beach.