Well, if you know Brad Parks, you know Say Nothing is an odd title for him. (Not kidding, Brad.)

Brad was just here at The Poisoned Pen to talk about his new book.  Say Nothing is a departure for him. It’s a thriller, not a Carter Ross mystery. He explains why in his conversation with bookstore owner, Barbara Peters, via Livestream. https://livestream.com/poisonedpen/events/7110430

Here’s the summary of the book, as it appears at the Web Store.

“Terrific book. Truly terrific. Tension throughout and tears at the end. What could be better than that?”—Sue Grafton

“Outstanding—starts with a bang and gets tenser and tenser. Say Nothing shows Parks is a quality writer at the top of his form.”—Lee Child

Judge Scott Sampson doesn’t brag about having a perfect life, but the evidence is clear: A prestigious job. A beloved family. On an ordinary Wednesday afternoon, he is about to pick up his six-year-old twins to go swimming when his wife, Alison, texts him that she’ll get the kids from school instead.

It’s not until she gets home later that Scott realizes she doesn’t have the children. And she never sent the text. Then the phone rings, and every parent’s most chilling nightmare begins. A man has stolen Sam and Emma. A man who warns the judge to do exactly as he is told in a drug case he is about to rule on. If the judge fails to follow his instructions, the consequences for the children will be dire.

For Scott and Alison, the kidnapper’s call is only the beginning of a twisting, gut-churning ordeal of blackmail, deceit, and terror; a high-profile trial like none the judge or his wife has ever experienced. Their marriage falters. Suspicions and long-buried jealousies rise to the surface. Fractures appear. Lies are told.

Through it all, Scott and Alison will stop at nothing to get their children back, no matter the cost to themselves . . . or to each other.

“A twisting, suspenseful ride that adds a new and original twist to the legal thriller: a judge, cornered. If you haven’t discovered Brad Parks yet, Say Nothing is your chance. Smart, propulsive storytelling.”—William Landay

We have a few pictures of Brad with Barbara prior to and during the event. 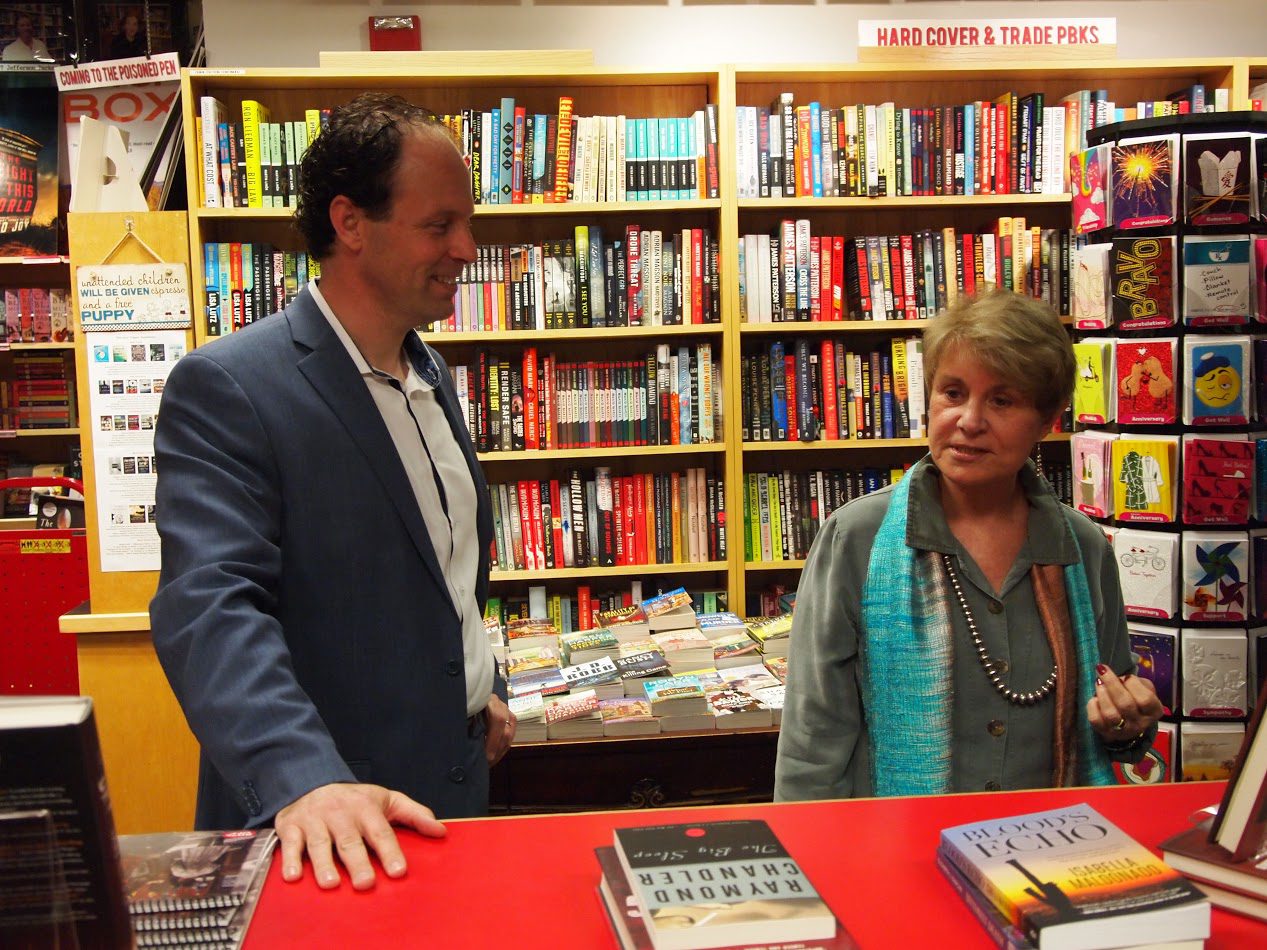 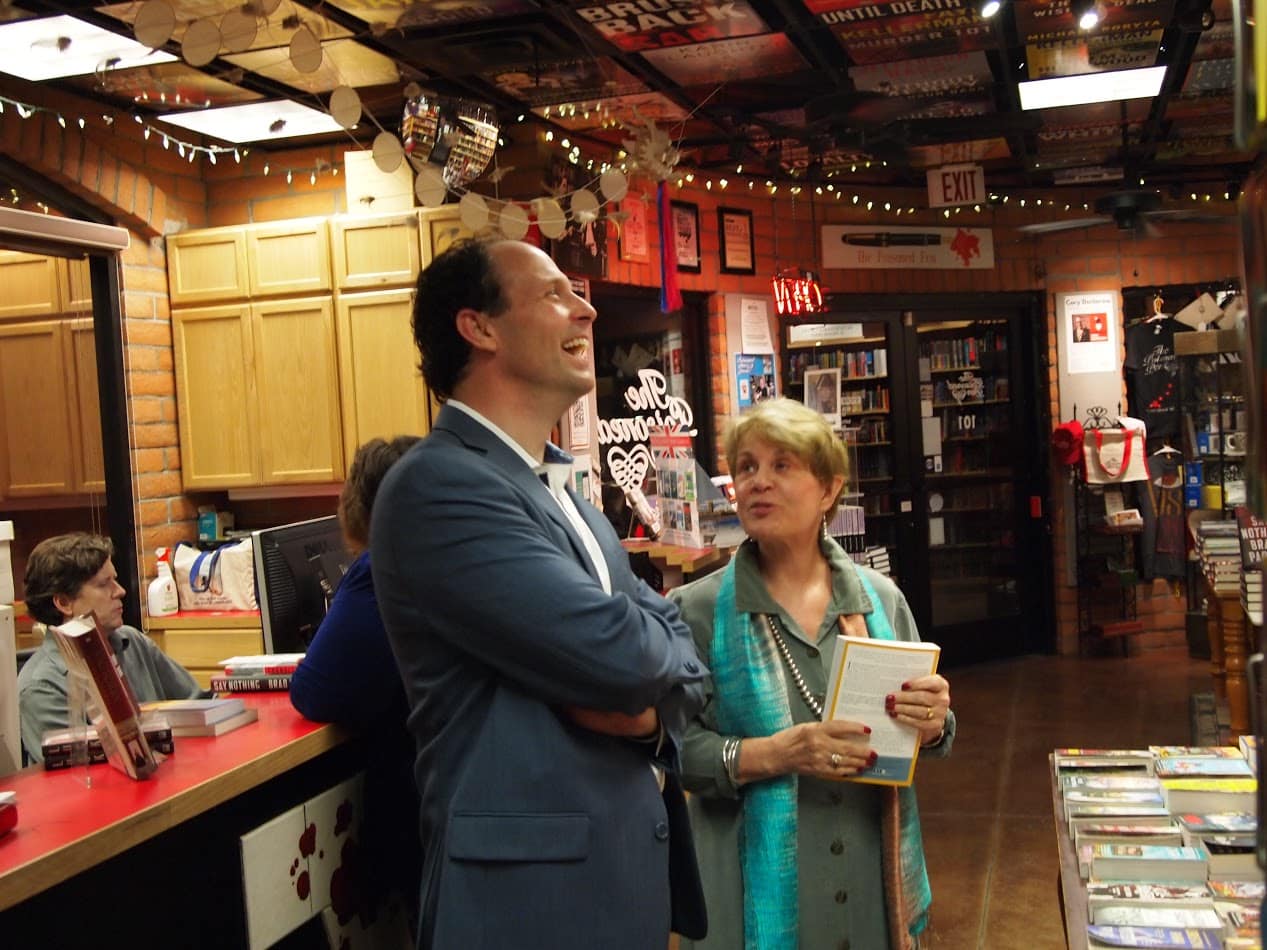 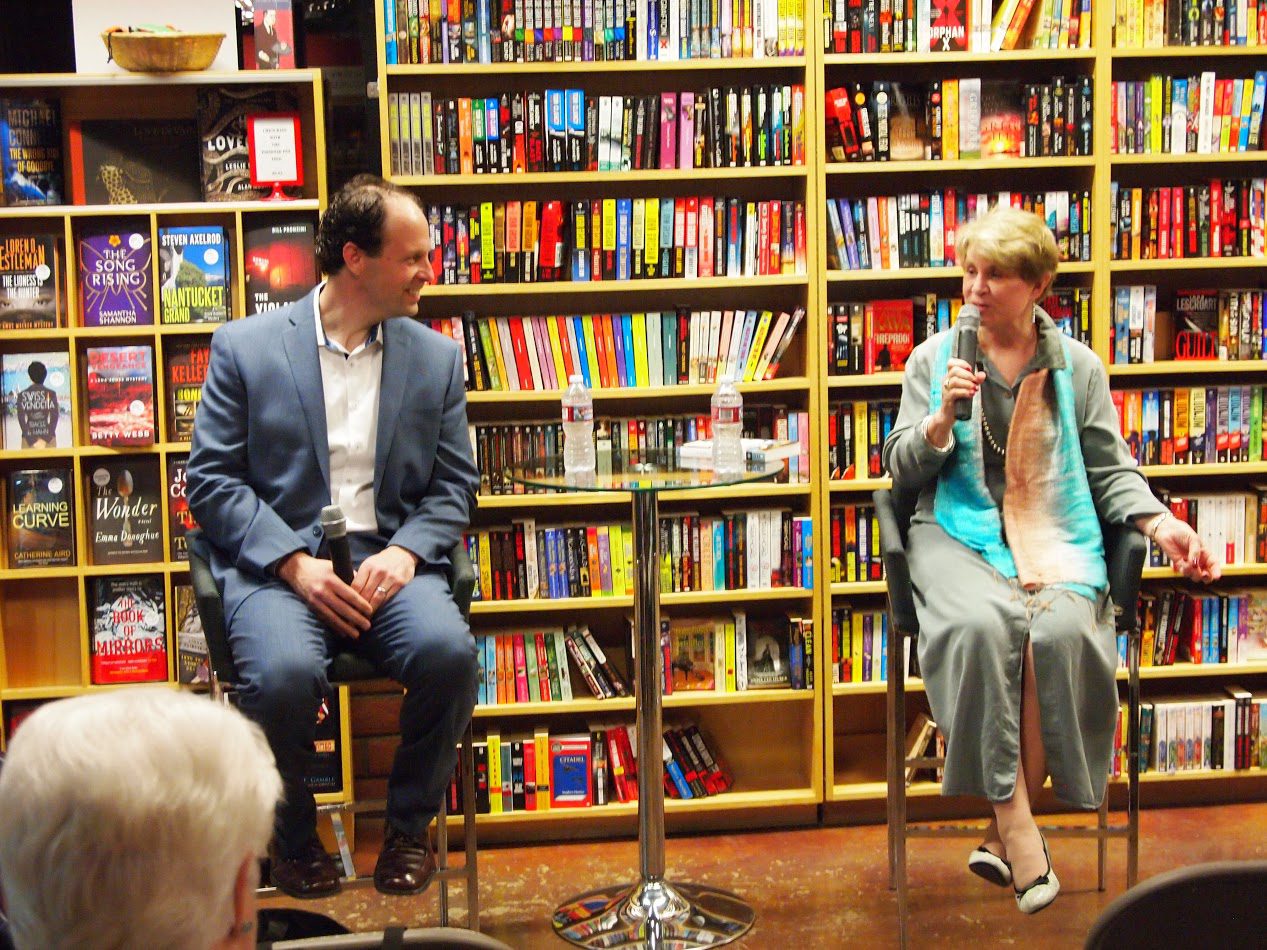 And, then there’s Brad with the book stock. 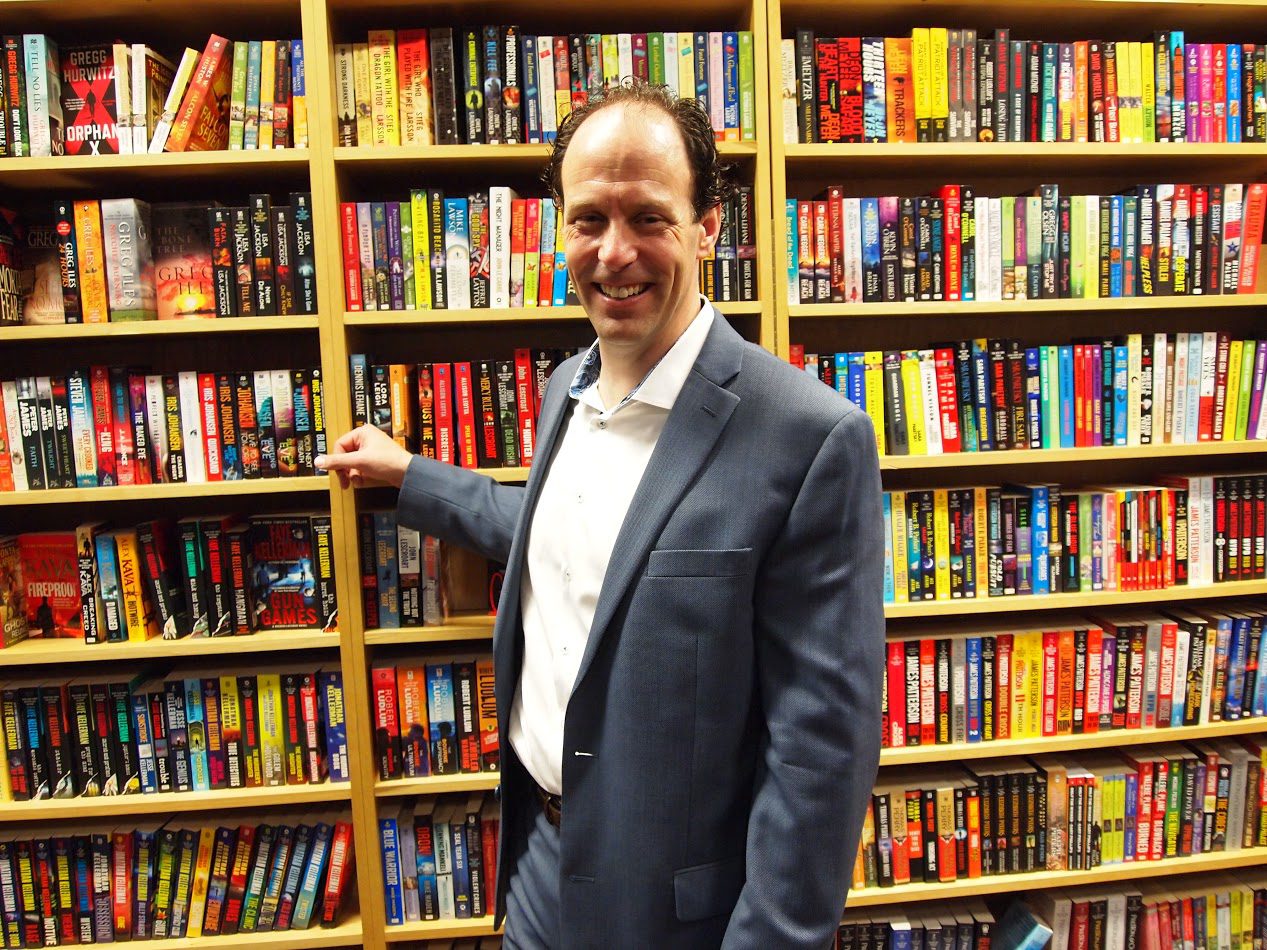 You can order signed copies of Say Nothing through the Web Store. https://bit.ly/2mG6Yxh