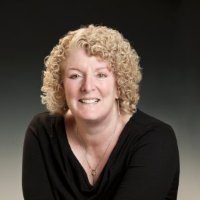 Dana Stabenow will be joining Barbara Peters, the owner of The Poisoned Pen, for two live travelogue programs, one on Nov. 29 at 7 PM, the other Dec. 3 at 2 PM. They will be discussing Alaska, the Arctic, and the Northwest Passage. Dana will also be at the Small Business Saturday event on Nov. 26. It seemed to be the perfect time to ask Dana to sit In the Hot Seat for an interview.

Dana, would you introduce yourself to readers?

Tell us about Kate Shugak.

She’s an Aleut living in a national park in Alaska and working as a private detective from Dutch Harbor to Prudhoe Bay.

You’re signing the first book in the Kate Shugak series at The Poisoned Pen. Tell us about A Cold Day for Murder, without spoilers. 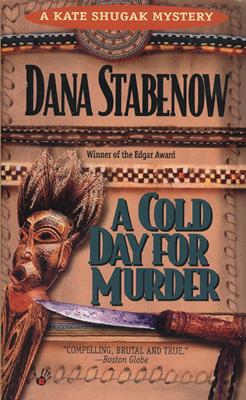 A park ranger goes missing in the Park, and then so does the investigator who goes looking for him. Kate’s former boss, Jack Morgan, and the FBI hire her to find them both.

It seems odd to ask an author who was raised in Alaska about her connection to Hawaii. Would you tell us about it?

Back when I was a broke and homeless writer I housesat for a friend on the Big Island for two winters. During one of those winters I wrote A Cold Day for Murder on his lanai. I was jonesing for home big time.

You’re the Guest of Honor for Left Coast Crime in Hawaii in 2017. I know you have a couple plans for Author Connect events. Would you tell us about those events, and, if people can’t attend, what are your favorite suggestions for visitors?

On Thursday I’m sponsoring the 10 am outrigger canoe ride for fans. On Friday in my suite (they’re giving me a suite, squee!) I’m hosting a wine-and-cheese thingie for aspiring authors, during which we can talk about the business of writing. I think the canoe can hold eleven including me. I don’t know how many people I can fit into the suite yet. Other than that, I plan to reprise Laurie King’s Bouchercon GOH gig in SFO—be available to everyone everywhere all the time except when I’m actually asleep. I’m still in awe.

I like a quote from Neil Gaiman. “Trust your obsession.” Did you ever have an obsession that you had to turn into a story? What was it?

I read The Travels of Marco Polo, oh, must be twenty-five years ago. By his own account he loved the ladies and he was all over east Asia for twenty years in the employ of Kublai Khan. He had to have scattered some seed around and I obsessed over what happened to those kids. Took me this long to write the story of one of them, Silk and Song, an historical trilogy the third of which published last year.

Dana, what authors have inspired you?

Going all the way back? The first time I realized that books were actually written by actual human beings? Was when I read the Scholastic paperback edition of Robb White’s The Lion’s Paw. I loved and still love that book because it was about kids on a boat and so was I. It was also the first time I realized that if an author wrote one book he probably wrote more, and I could read them, too. And later, write my own.

Trustee from the Toolroom by Nevil Shute, A Civil Contract by Georgette Heyer, The March of Folly by Barbara Tuchman, the collected letters of E.B. White and John Steinbeck. And of course The Lion’s Paw by Robb White.

[had to go look] Ta-Nehisi Coates’ Black Panther: A Nation Under Our Feet, Underground Airlines by Ben H. Winters (everyone should read his Last Policeman trilogy), Jean Hersey’s The Shape of a Year, Marie Phillips’ Gods Behaving Badly, Before the Fall by Noah Hawley, Blue Madonna by James R. Benn, An Obvious Fact by Craig Johnson, Skyfaring by Mark Vanhoenacker. There are about three times that many but I will be merciful and stop.

What are some novels by other authors you wish had gotten more attention?

Right now, Matthew Frank’s Joseph Stark mystery series, the second of which just published in the UK. He still doesn’t have a US publisher and that is just a gross injustice to American readers. Great characters, great plots, and he has given real thought to what happens when veterans try to transition from combat to back in the world. Wonderful reads, both of them.

Thank you, Dana. Dana’s books are available through the Web Store. https://bit.ly/2eNy9U1  And, if you’re in town, stop in for one of the travelogues!