I’m always grateful when authors agree to sit “In the Hot Seat” and answer questions. Today, we’re lucky enough to host Rhys Bowen. Rhys is the author of three mystery series. She’s appearing at The Poisoned Pen on Tuesday, August 9 at 7 PM on her book tour for Crowned and Dangerous. 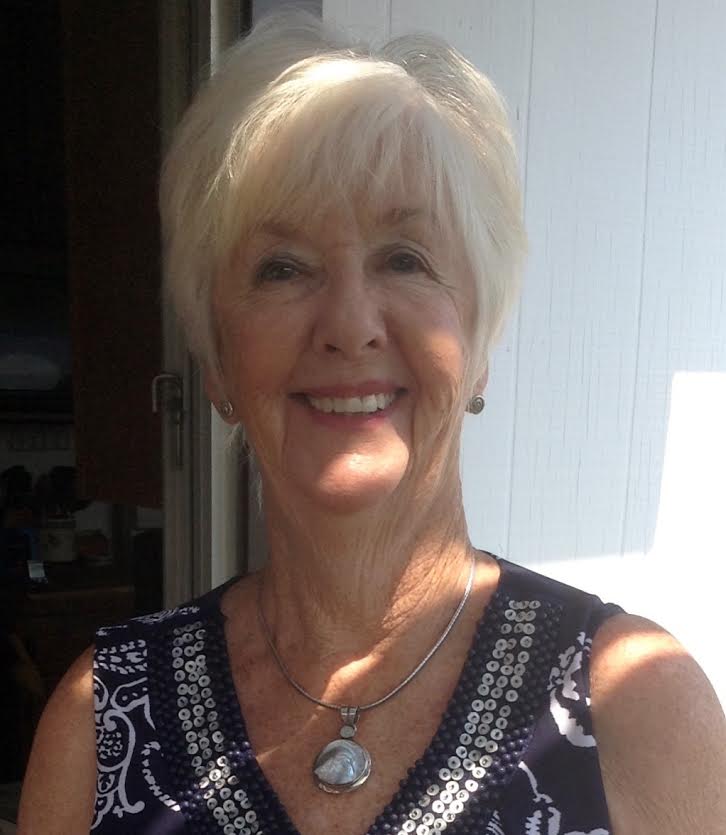 Her first series was set in Wales, and featured Constable Evan Evans. She’s gone on to be nominated or win numerous awards, including Agatha, Anthony, Macavity and Lefty Awards for her other series. One features Molly Murphy, an Irish immigrant in New York City in the early 20th century. The Royal Spyness mysteries feature Lady Georgiana. Rhys is now on tour for the latest adventure of Lady Georgie, Crowned and Dangerous. Thank you, Rhys.

Would you tell us when and why you first started writing?

I’ve always written. I gather I wrote my first poem when I was four, and never stopped. Although I’ve always been a huge mystery fan, I first started writing mysteries when I read Tony Hillerman and his fantastic feel for place. I thought “I’d like to do that” and created my Constable Evans series.

Would you introduce us to Lady Georgiana Rannoch & Darcy O’Mara?

Lady Georgie is related to the royal family, currently 35th in line to the throne, but penniless. Her branch of the family has no money so she’s out in the world, fending for herself. Her education has not equipped her to make her own living and some of her attempts are disastrous. However she has not only survived through nine books, she has thrived and won the heart of the dashing and mysterious Darcy O’Mara. We don’t know much about him. He is the son of an Irish peer, but he disappears on mysterious assignments. There is a hint that he is a spy for the British government. When we last left them they were eloping to Scotland.

Tell us about Crowned and Dangerous, without spoilers. 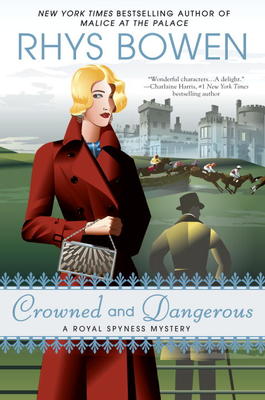 As I just mentioned Georgie and Darcy were eloping. But the course of true love is destined never to run smooth, is it? Held up by a blizzard the read the morning newspaper and see that Darcy’s father has been arrested. Darcy goes home to Ireland and finds that his father is accused of killing the mysterious American who has bought the family castle and racing stables. What’s more it seems conclusive that he is guilty. Darcy won’t let Georgie marry the son of a murderer, but Georgie is not willing to give up so easily. (I realize these are all spoilers but I can’t tell you anything about the book without them, except that it takes place in Ireland and involves a mysterious and horrible American millionaire and an equally mysterious but quite delightful princess!)

Do you have any hints you can share about the next Molly Murphy book?

I haven’t written it yet, but it will be a Christmas book that comes out in 2017. Its working title is The Ghost of Christmas Past and it is about an old crime coming back to haunt a Christmas celebration.

Before we move away from your series, any hints about movies, TV?

Two things ongoing: the book, Her Royal Spyness is still with a British movie company and they still hope to make it into a movie.

And CBS has optioned my Constable Evans series for television. It would be so interesting if that comes to pass.

Now, I have some unrelated questions. Who is your favorite literary hero or heroine? Your favorite villain or antihero?

The one that comes immediately to mind is Elizabeth Bennett. I’m a big Jane Austen fan. The other one would be Frodo Baggins, as he’s such an unlikely hero. He is everyman, called to take on a task that is way beyond his abilities.

Villain, thinking of the Lord of the Rings, which is one of my all-time favorite books, I think Saruman is the perfect villain. Obviously Sauron is the arch-villain but he is evil personified. Saruman started out good and pride made him into what he becomes. I am more interested in a villain who has struggled, suffered and one can understand rather than pure evil.

You have homes in several locations. Pick one. Where do you take friends when they come to visit?

I divide my time between the Bay Area and Phoenix. Both are lovely locations with plenty of places to take friends. Obviously I have more choice when I’m in Marin County. I take them on the ferry to San Francisco, we tour the wine country to the North, we go out to the Point Reyes national seashore, we lunch in Sausalito with views of the city across the Bay, we hike on Mount Tamalpais… I could keep them busy for weeks!

Other than author, what’s the most interesting job you ever had?

I’ve been a professional author almost all of my adult life but right out of college I worked in BBC drama. Talk about a fabulous job! I got to work with top British actors, the pace was leisurely in those days, the budgets were huge and we all had such a good time. Sometimes we’d finishing recording at midnight, go out for a late snack and drink and then when I came in the next morning there would be a huge bouquet of flowers on my desk.

Neil Gaiman said, “Trust your obsession.” Did you ever have an obsession that you had to turn into a story? What was it?

Hard question! I’ve just been staring at the bookcase full of my books (yes, I take up not one but two bookcases with all my published work). I suppose the closest I come is The Edge of Dreams, last year’s Molly Murphy novel. I studied dream psychology at university and have always been fascinated with the meaning and interpretation of dreams. So in that book Freud’s treatise on the interpretation of dreams has just been published and the idea that dreams are windows into the sub conscious is new. This knowledge helps unlock the dreams of a troubled girl and solves a crime. Fun to write.

What was on your TBR pile this summer?

Unfortunately I’m reading for a competition so most of my reading is compulsory. I will certainly find time to read Louise Penny’s new one when it comes out soon. On my TBR pile is my friend Nicole Mones’s Night in Shanghai,and  a fun little book called Vivien’s Heavenly Ice Cream Shop.

Signed copies of Rhys Bowen’s Crowned and Dangerous are available through the Web Store, along with copies of her other books. https://bit.ly/29BQzli