David Morrell recently shared a delightful story of his first sale as an author. We’d like to share it with you. 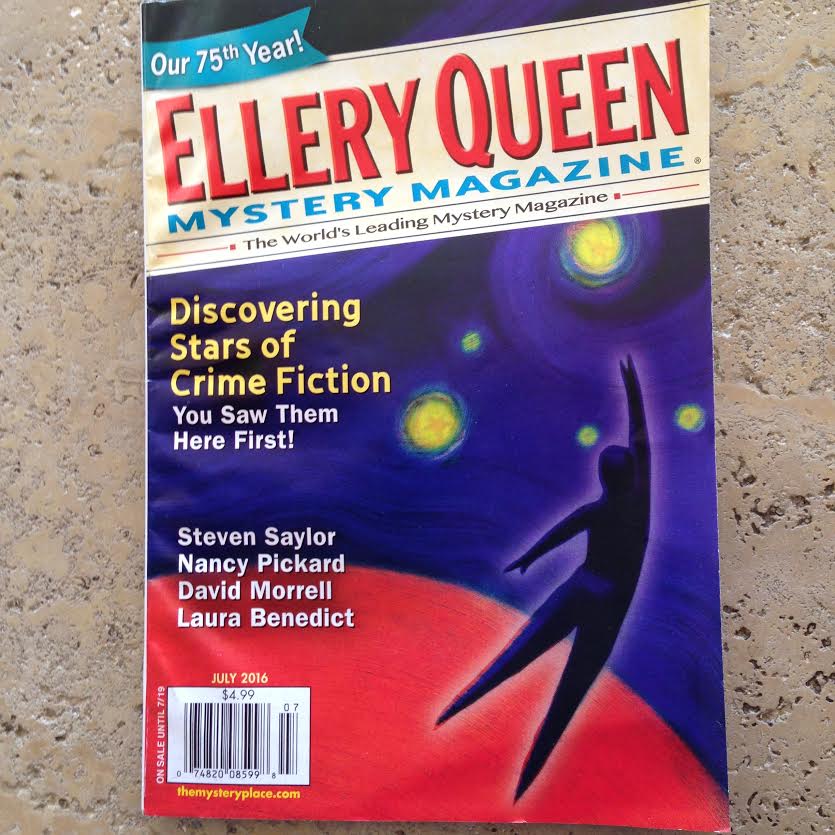 This is the background to my story “The Granite Kitchen” in the July issue of Ellery Queen’s Mystery Magazine. Back in 1971, I finished the manuscript of FIRST BLOOD and sent it to my agent. Shortly afterward, I had a dream so vivid that I immediately used it as the basis for a short story. It was called “The Dripping,” and I submitted it to Ellery Queen’s Mystery Magazine. I still recall the excitement of receiving an acceptance letter and a check for $100.  My first sale. I smiled more broadly when I learned that the magazine had a “Department of First Stories,” which drew attention to writers whose first sale was to EQMM. Many authors who’d influenced me were in that “Department of First Stories”: Jack Finney, Stanley Ellin, William Link and Richard Levinson (Columbo, Murder She Wrote), for example.  Last year, many decades later, EQMM asked me to write a new story for a 75th anniversary issue that celebrated the “Department of First Stories.” The joy of that first sale came back to me as I wrote the new story, remembering the suspense with which I’d submitted “The Dripping” years ago and now feeling that because EQMM had actually asked me to write a new story for it, I had finally arrived.  My novel First Blood  was later published, unleashing Rambo, but the thrill of that publication couldn’t equal what I felt when I received that acceptance letter from EQMM in 1971.  “The Dripping” turned out to be my most reprinted story and was included in The Best American Noir of the Century, edited by James Ellroy and Otto Penzler.

Congratulations, David! We’re so glad you feel as if you finally arrived! (And, thank you for allowing us to share the story of your first sale.)