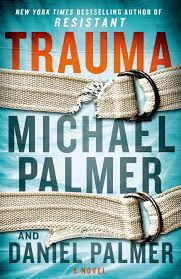 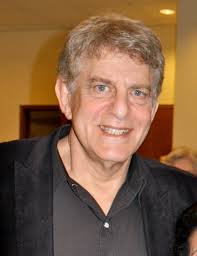 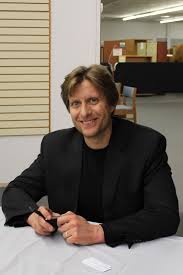 Dear Readers:
Every September, after submitting his latest novel to St. Martin’s Press, my father would immediately begin to brainstorm. What kind of story would he be sharing with his readers next? Autumn 2013 was no exception. Pop knew he wanted his twentieth thriller to return to the hospital setting that was the hallmark of his earlier works. The protagonist would be a young female resident who encounters a desperate patient with the repeated claim, “I don’t belong here.” The doctor begins to believe the patient, investigates, and soon descends into a labyrinth of murder and corruption.
Dad’s next story was in place. Then, in October of 2013, my father died suddenly.
I don’t know how long my dad would have kept writing. He had no plans to stop. He had journals and file folders filled with ideas. With each novel, my father aimed to deliver his very best because he cared deeply for his readers. When news broke of his passing, my inbox flooded with messages from fans around the world.
Even though he was a bestselling novelist published in over thirty languages, the business of writing was sometimes lonely for my dad. It meant blank pages, solitude, and deadlines. But something changed for him in 2009. That was the year I landed my first publishing contract.
I was working from home doing consulting and writing. My dad was at his office, too, some sixty miles to the south. I’d leave my iChat application running all day so whenever Pop wanted a little face time, he could just dial me up online and there I’d be. Or me and his grandkids, or all of us plus his daughter-in-law. We would jawbone about plots until our fingers grew itchy to do some key tapping. I learned the craft of writing from my father during those long talks. Remembering them gave me confidence that I could run with his great premise for TRAUMA.
Working on the book proved to be a remarkable and deeply emotional journey.  When the email from Dad’s beloved editor Jennifer Enderlin came in accepting the manuscript, I said aloud, “We did it, Pop.”
I can’t replace my father; nobody can. But I can continue his legacy, and that’s a thrill and an honor that leaves me humbled and incredibly grateful.
In friendship,
Daniel Palmer