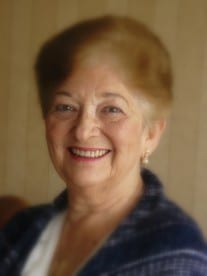 As it is probably unnecessary to say to Tony Hillerman readers, he drew heavily on Navajo mythology and was made by the Navajo an honorary member.  His use of myths went far beyond drawing on them as background.  To invoke a metaphor from the theater, they do not provide a backdrop for his mysteries. Rather, his characters, I would argue, are incarnations of well-known Navajo mythological characters.  Joe Leaphorn and Jim Chee, for example, correspond to the Monster Slayer twins he often alludes to in his books. And research into the Monster Slayer mythology (is there a better image of crime investigators?) is to realize they are not twins in the usual sense but older and younger brothers.

Other than the Navajo stories, Hillerman is not an allusive writer, as is Robert Parker, for example, who peppers his mysteries with literary allusions most readers are not likely to pick up.  For those who do, the allusions provide additional fun in reading his books. Even Hawk, in the later books, has become a reader and there is an allusion to a particular author he is reading, Simon Shama, a Harvard scholar of history and writer.  This reference supplies Hawk with another dimension for those who try to fathom this often unfathomable character.

It is arresting, therefore, to find a particular allusion by Hillerman in one of his early Chee mysteries (sorry I am not taking time now to consult my notes).  Before Chee marries Bernadette Manuelito, he has two failed relationships with Anglo or part-Anglo women.  One of these as I remember is Janet Peete, whom he takes to see his trailer home. Not for the perhaps usual reason—Hillerman once announced that he received letters for readers asking why he never let Leaphorn or Chee get laid—but just to show her around.  On Chee’s shelves are books and one of these is specifically, again a rare allusion to anything but Navajo myth.  It is by Paul G. Zolbrod and its title is DINE BAHANE: THE NAVAJO CREATION STORY. It is a very readable collection of stories with very significant notes for those interested in the mythology. Despite its readability, it is a very scholarly work with notes to other historians and scholars who have studied the Navajos and their myths.

One of these notes  has to do with the Navajo version of the Coyote tales, Coyote a figure written about widely and told in stories of many tribes.  This is what Zolbrod argues, and it is in my reading experience a unique approach to this mythological figure. He says that Coyote is the individualist among Navajo mythological figures. Those of us who have read the Chee books know that he does often march to a different drummer and he oscillates between continuing as a tribal policeman and joining the FBI, as he takes investigative roads that are often at odds with his superiors, later Joe Leaphorn until Leaphorn retires and, like Ruth Rendell’s Inspector Reginald Wexford, works unofficially from the sidelines.  Chee certainly is within his culture an individualist and finding his place in that culture although he consistently studies the rituals of his people. It is interesting to note that Hillerman said he invented Chee when, because of a movie contract, he lost for a period of time exclusive rights to Leaphorn.  In the later books both Leaphorn and Chee appear.

Did Hillerman intend that some of his readers would pick up his allusion to Zolbrod and his interpretation of Coyote?  Or was he intending to suggest a very good book on Navajo mythology to those who wanted to know more about it.  He may very well have made the connection to Chee and Coyote but that would be hard for me to prove definitively based on secondary material that exists.  And the first Chee novel was published in 1980  and Zolbrod’s book is copyrighted 1987 (University of New Mexico Press). When he decided to create Jim Chee, he did have at hand the figure of the younger Monster Slayer, and Chee is certainly reflected in Coyote. Fine writers have a special creative imagination and while research may be reflected in their work, it would be unusual for a secondary source to shape the essentials of their major characters.

More likely, Hillerman, who must have read many of Zolbrod’s sources, found in the latter’s notes an interpretation of Coyote he had already written into Jim Chee.  I have certainly not read all of the books on Navajo myth available, but I have read the major ones, such as that by Gladys Reichard, as well as the works of the many folklorists cited in Zolbrod’s bibliography, who write not only on Navajo myth but the mythology of other peoples and, theoretically, on folklore in general.