Selected WW I Non-Fiction in stock
Compiled by Patrick Millikin 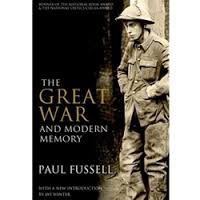 Clark traces the paths to war in a minute-by-minute, action-packed narrative that cuts between the key decision centers in Vienna, Berlin, St. Petersburg, Paris, London, and Belgrade, and examines the decades of history that informed the events of 1914 and details the mutual misunderstandings and unintended signals that drove the crisis forward in a few short weeks. Meticulously researched and masterfully written, Christopher Clark’s The Sleepwalkers is a dramatic and authoritative chronicle of Europe’s descent into a war that tore the world apart.

Clark traces the paths to war in a minute-by-minute, action-packed narrative that cuts between the key decision centers in Vienna, Berlin, St. Petersburg, Paris, London, and Belgrade, and examines the decades of history that informed the events of 1914 and details the mutual misunderstandings and unintended signals that drove the crisis forward in a few short weeks. Meticulously researched and masterfully written, Christopher Clark’s The Sleepwalkers is a dramatic and authoritative chronicle of Europe’s descent into a war that tore the world apart.

Fussell, Paul. The Great War and Modern Memory ($19.95). Winner of both the National Book Award and the National Book Critics Circle Award and named by the Modern Library one of the twentieth century’s 100 Best Non-Fiction Books, Paul Fussell’s The Great War and Modern Memory was universally acclaimed on publication in 1970. Today, Fussell’s landmark study remains as original and gripping as ever: a literate, literary, and unapologetic account of the Great War, the war that changed a generation, ushered in the modern era, and revolutionized how we see the world.

Graves, Robert. Good-Bye to All That ($16.95) In this autobiography, first published in 1929, poet Robert Graves traces the monumental and universal loss of innocence that occurred as a result of the First World War. Written after the war and as he was leaving his birthplace, he thought, forever, Good-Bye to All That bids farewell not only to England and his English family and friends, but also to a way of life. Tracing his upbringing from his solidly middle-class Victorian childhood through his entry into the war at age twenty-one as a patriotic captain in the Royal Welsh Fusiliers, this dramatic, poignant, often wry autobiography goes on to depict the horrors and disillusionment of the Great War, from life in the trenches and the loss of dear friends, to the stupidity of government bureaucracy and the absurdity of English class stratification. Paul Fussell has hailed it as “”the best memoir of the First World War”” and has written the introduction to this new edition

Max Hastings. Catastrophe 1914: Europe Goes to War ($17.95). World War I evokes images of the trenches: grinding, halting battles that sacrificed millions of lives for no territory or visible gain. Yet the first months of the war, from the German invasion of Belgium to the Marne to Ypres, were utterly different, full of advances and retreats, tactical maneuvering, and significant gains and losses.

In Catastrophe 1914, acclaimed military historian Max Hastings re-creates this dramatic year, from the diplomatic crisis to the fighting in Belgium and France on the western front, and Serbia and Galicia to the east, and shows why it was inevitable that this first war among modern industrial nations could not produce a decisive victory. Throughout we encounter high officials and average soldiers, as well as civilians on the home front, giving us a vivid portrait of how a continent became embroiled in a war that would change everything.2

Keegan, John. The First World War ($17.00). The First World War created the modern world. A conflict of unprecedented ferocity, it abruptly ended the relative peace and prosperity of the Victorian era, unleashing such demons of the twentieth century as mechanized warfare and mass death. It also helped to usher in the ideas that have shaped our times–modernism in the arts, new approaches to psychology and medicine, radical thoughts about economics and society–and in so doing shattered the faith in rationalism and liberalism that had prevailed in Europe since the Enlightenment. With The First World War, John Keegan, one of our most eminent military historians, fulfills a lifelong ambition to write the definitive account of the Great War for our generation.

Strachan, Hew. The First World War ($19.00). “This serious, compact survey of the war’s history stands out as the most well-informed, accessible work available.” (Los Angeles Times). Nearly a century has passed since the outbreak of World War I, yet as military historian Hew Strachan argues in this brilliant and authoritative new book, the legacy of the “war to end all wars” is with us still. The First World War was a truly global conflict from the start, with many of the most decisive battles fought in or directly affecting the Balkans, Africa, and the Ottoman Empire. Even more than World War II, the First World War continues to shape the politics and international relations of our world, especially in hot spots like the Middle East and the Balkans.

Strachan has done a masterful job of reexamining the causes, the major campaigns, and the consequences of the First World War, compressing a lifetime of knowledge into a single definitive volume tailored for the general reader. Written in crisp, compelling prose and enlivened with extraordinarily vivid photographs and detailed maps, The First World War re-creates this world-altering conflict both on and off the battlefield—the clash of ideologies between the colonial powers at the center of the war, the social and economic unrest that swept Europe both before and after, the military strategies employed with stunning success and tragic failure in the various theaters of war, the terms of peace and why it didn’t last.

Tuchman, Barbara W. Guns of August ($18.00). In this landmark, Pulitzer Prize”“winning account, renowned historian Barbara W. Tuchman re-creates the first month of World War I: thirty days in the summer of 1914 that determined the course of the conflict, the century, and ultimately our present world. Beginning with the funeral of Edward VII, Tuchman traces each step that led to the inevitable clash. And inevitable it was, with all sides plotting their war for a generation. Dizzyingly comprehensive and spectacularly portrayed with her famous talent for evoking the characters of the war’s key players, Tuchman’s magnum opus is a classic for the ages